A Russian couple were walking outside when they stumbled across a cat frozen to the icy ground. The poor cat’s whiskers and fur was covered with frost and she was shaking from the cold, completely immobilized. 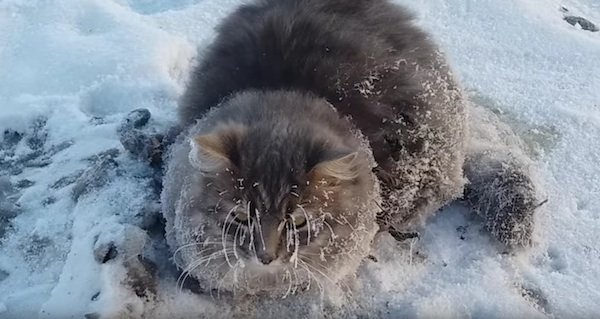 They used a bucket of warm water to melt the ice around the cat’s paws.

They poured water several times to free her paws as she was really stuck to the ground. 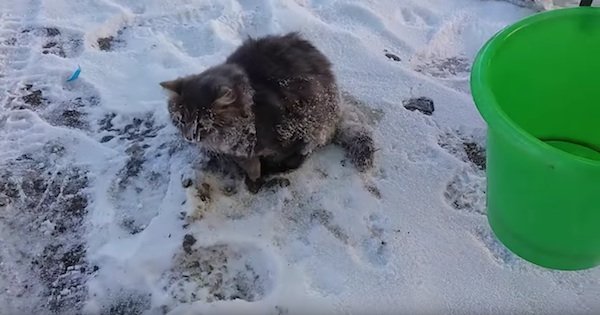 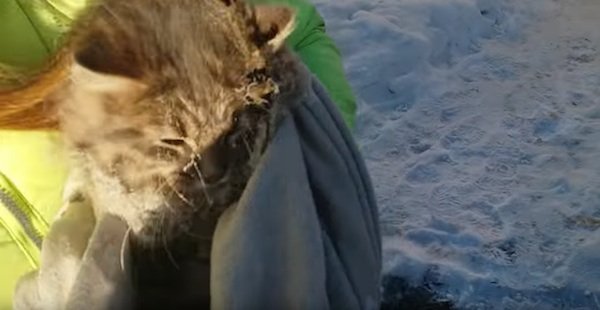 Finally, they were able to free her front paws.

After a few more attempts they were able to free her back paws as well. 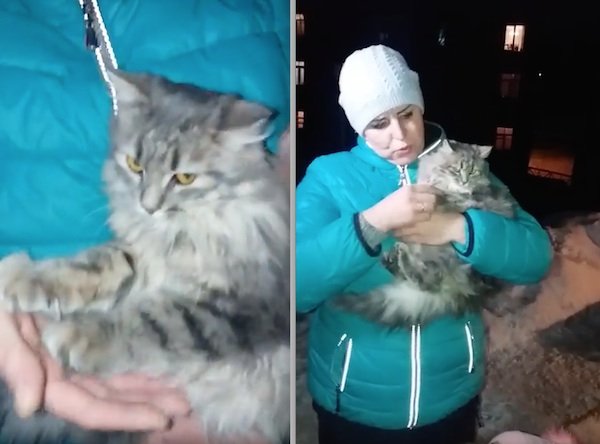 A short time later she was washed and dried and getting cuddled by her rescuers.