A bull elephant that got stuck in the thick mud of a well in Kenya’s Lewa Wildlife Conservancy was found dehydrated and scared by community members who quickly mobilized to save him.

The elephant was very thirsty and gratefully took water offered to him by rescuers. Lewa Wildlife Conservancy posted a video of the dehydrated elephant drinking the water. 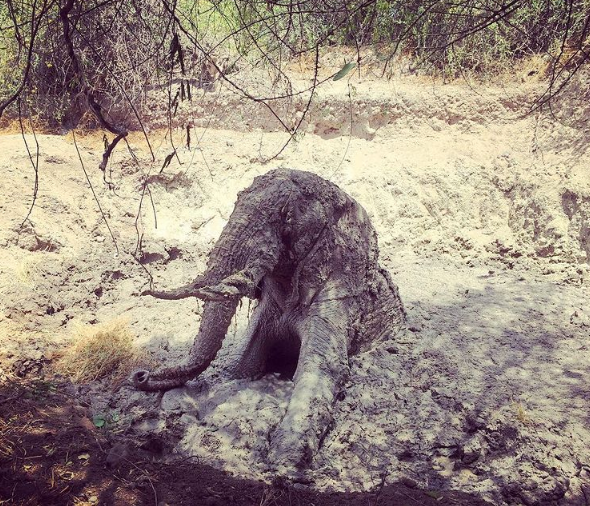 Lewa Conservancy, the Northern Rangelands Trust, Save the Elephants and a group of locals all pitched in to save the elephant’s life. One of the people involved in the rescue took photos and more video of the incredible rescue. Click on the image below to play the video.

It took 100 litres (25 gallons) of water, lots of digging, pulling, 3 cars and the whole community behind him to pull him out. But after four hours, “the joint team managed to get him out and he walked away,” Lewa Wildlife Conservancy wrote. 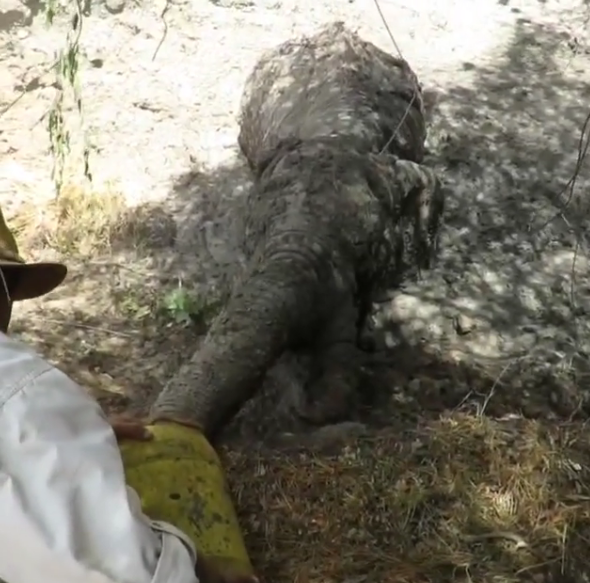 “Once two thirds of the way out he was darted to allow us to remove all the straps that we had attached to him,” said Batian Craig on Instagram. “The remaining rope was attached to his tusk and looped behind his head to aid him to his feet once he was brought round. Immediately after this picture [see below] was taken he removed this last rope using his trunk.” 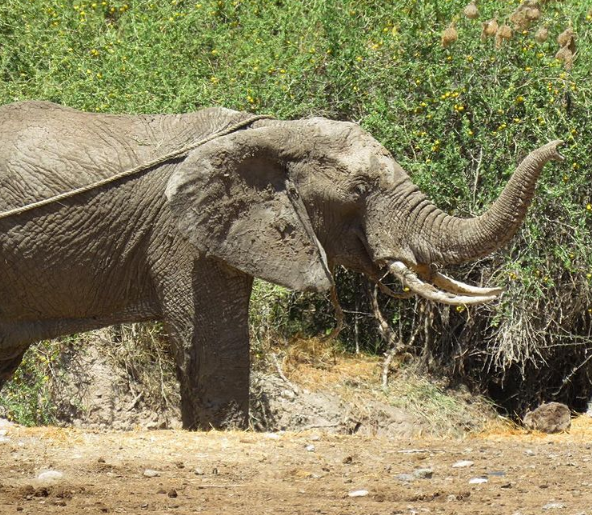 “The trust this dehydrated and scared wild animal showed in his rescuers was beyond incredible,” wrote Lewa Wildlife Conservancy on Facebook. “Thank you to all those that helped!” Rescuers confirmed that the giant bull elephant was seen the next day and was doing well.