Lots of abandoned dogs end up in rescue shelters, and some are euthanized if they have serious medical problems that are too costly to treat. However, man’s best friends don’t warrant such a horrible fate. All of the adorable puppies deserve to be cured to have a forever home as well as a kind, caring owner to look after them (chew toys are optional). Gregory, the Beagle, was nearly put down at an animal shelter, but his story had a happy ending.
The cavalry — Joe Kirk — arrived just in the nick of time to save the dog. A thankful Gregory had a very special gift for his hero — the cutest hug you’ve probably seen all week. 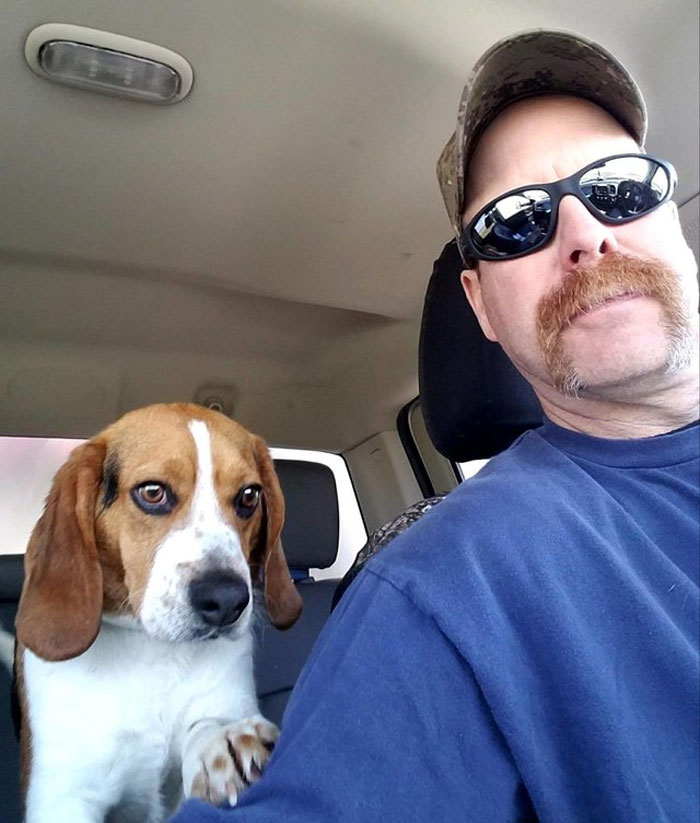 Joe saved the Beagle two days before it was scheduled to be put to sleep. Joe and his wife, Schenley Hutson-Kirk, are co-founders of Hound Rescue and Animal Sanctuary, a non-profit organization based near Findlay, Ohio. It helps neglected dogs find new homes, provides lifelong sanctuary to “unadoptable and senior” canines, and helps strays. The dog sanctuary’s primary mission is to save dogs from euthanasia by taking them in from “high risk and kill shelters.” Hats off to these beautiful people. 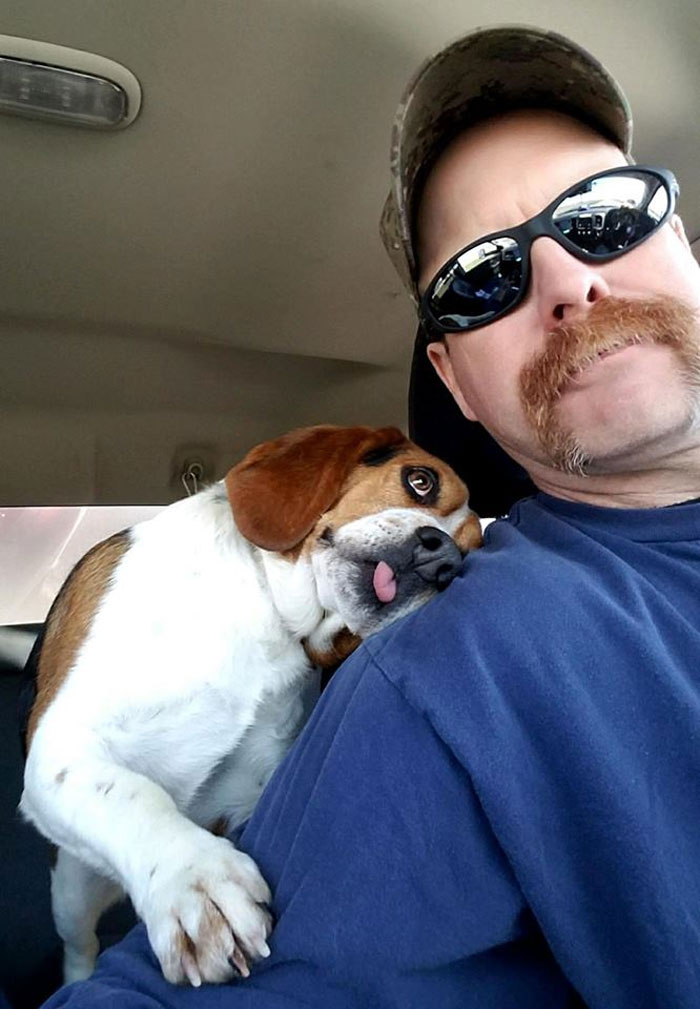 “Gregory is one thankful and appreciative Beagle! He KNOWS he is SAFE! He is Heartworm Positive and will be going through treatment, but he knows he is in good hands! We will get him healthy and provide him all the love he so deserves and a wonderful future!!” Schenley detailed in a Facebook post a year ago. 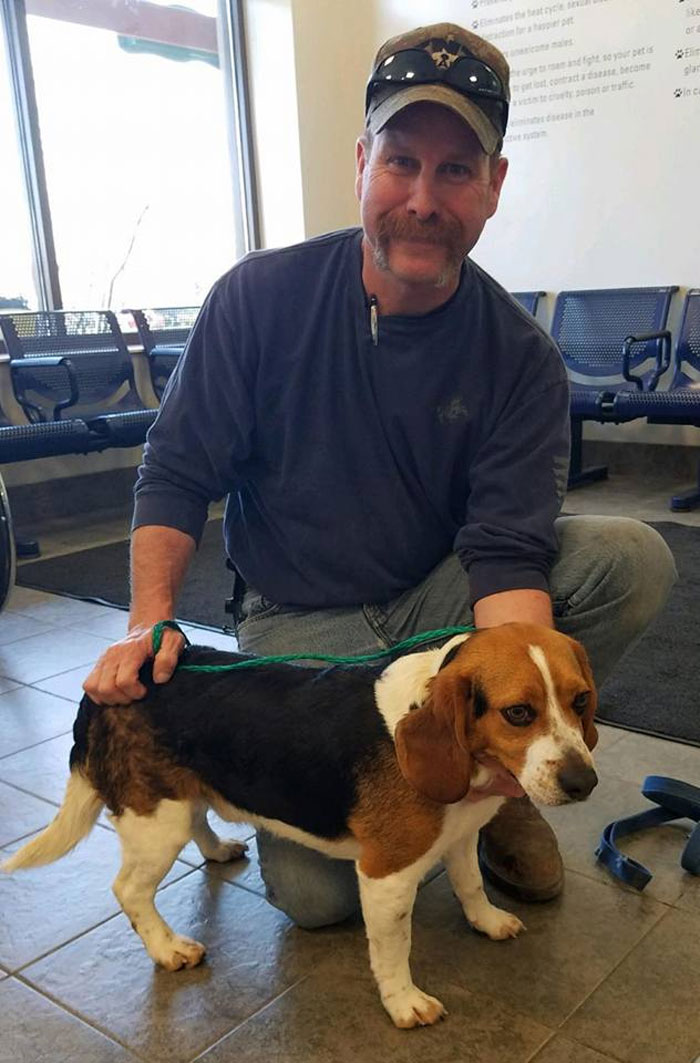 “We generally house and care for 25 to 30 dogs at a time. Dogs that are available for pet adoption, as well as sanctuary dogs that will live out their lives being loved and cared for by us,” Schenley and Joe Kirk, told Bored Panda. “After saving Gregory from the euthanasia list at the Dog Shelter, we provided him the veterinary care and heartworm treatment he required.”

The couple also added that “after successfully completing his treatment, Gregory was adopted to his forever home. He now has a wonderful family that loves him very much, and he is enjoying a very happy life. Gregory’s family also has another Beagle, and he and Gregory have become best pals.”

“We are often asked how many dogs we have saved. The answer that always comes to mind is, “we have saved one more.” One more dog is safe and will have all of the love and respect that they are so deserving of. One more dog will be properly fed and receive needed veterinary care. One more dog will have a loving forever home. There is no better feeling and nothing in life that is more fulfilling,” the couple explained. 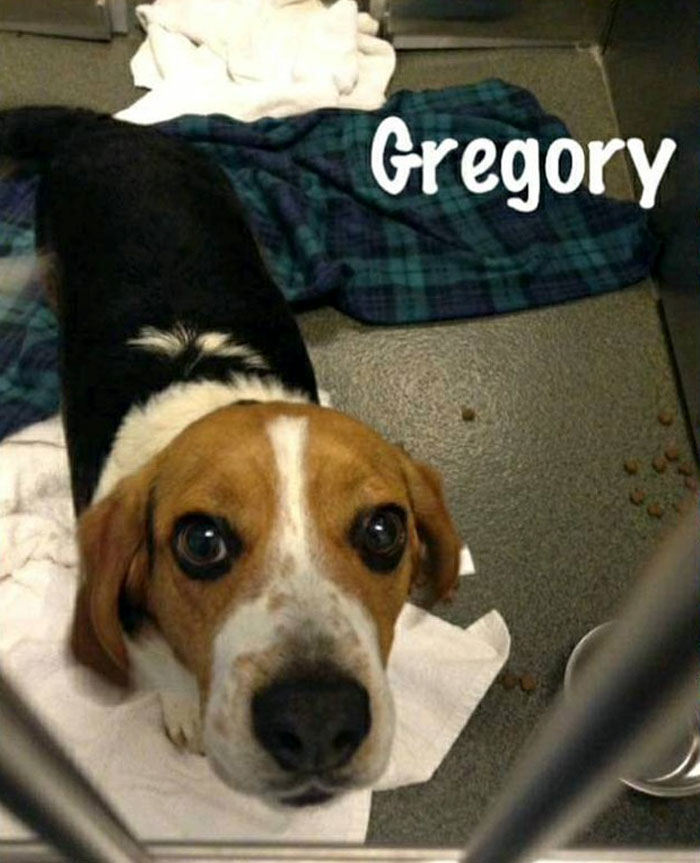 Schenley told Today that, according to her husband, all Gregory wanted to do during the car ride was “cuddle” up to Joe. “He is very loving, very affectionate,” she confirmed that the Beagle was, without a shadow of a doubt, a very good boy. “He loves to be next to you. He loves to give kisses.”

The Beagle had been taken in by the Franklin County Dog Shelter on April 25, 2018, when he was two years old. The shelter was planning to euthanize Gregory because of his health problems. Fortunately, Joe and Schenley immediately started treating the Beagle for heartworms after saving him. 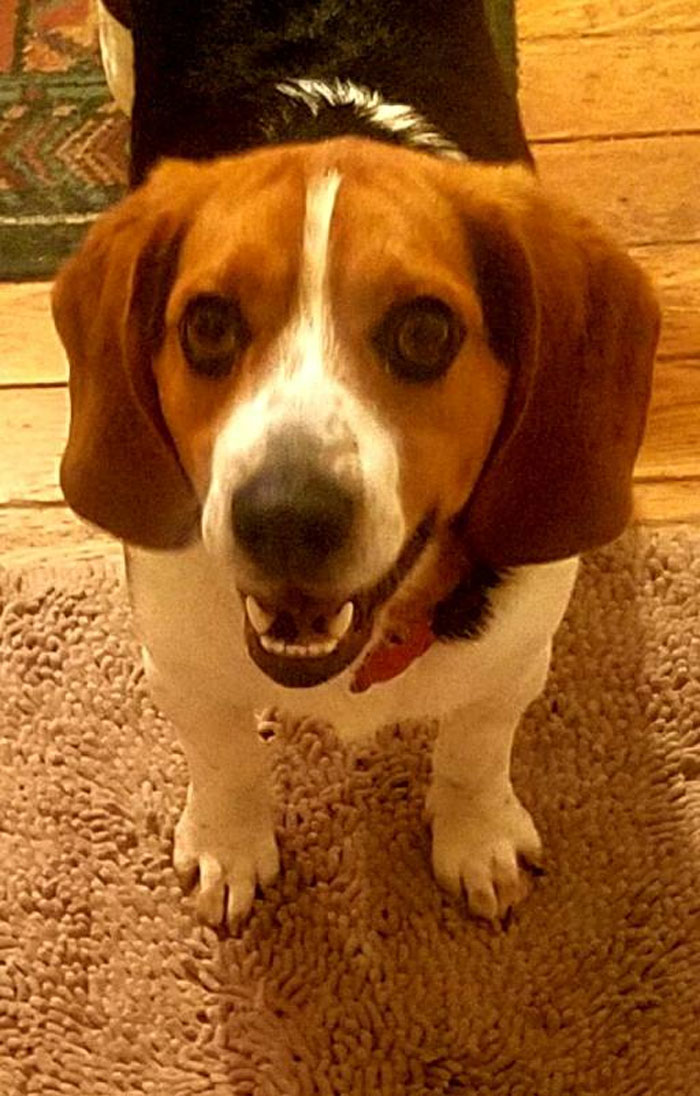 Heartworm disease is caused by foot-long worms that live in the heart, lungs, and blood vessels. Signs of this illness in dogs can be weight loss, fatigue, decreased appetite, reluctance to exercise, a mild persistent cough, a swollen abdomen, and heart failure. 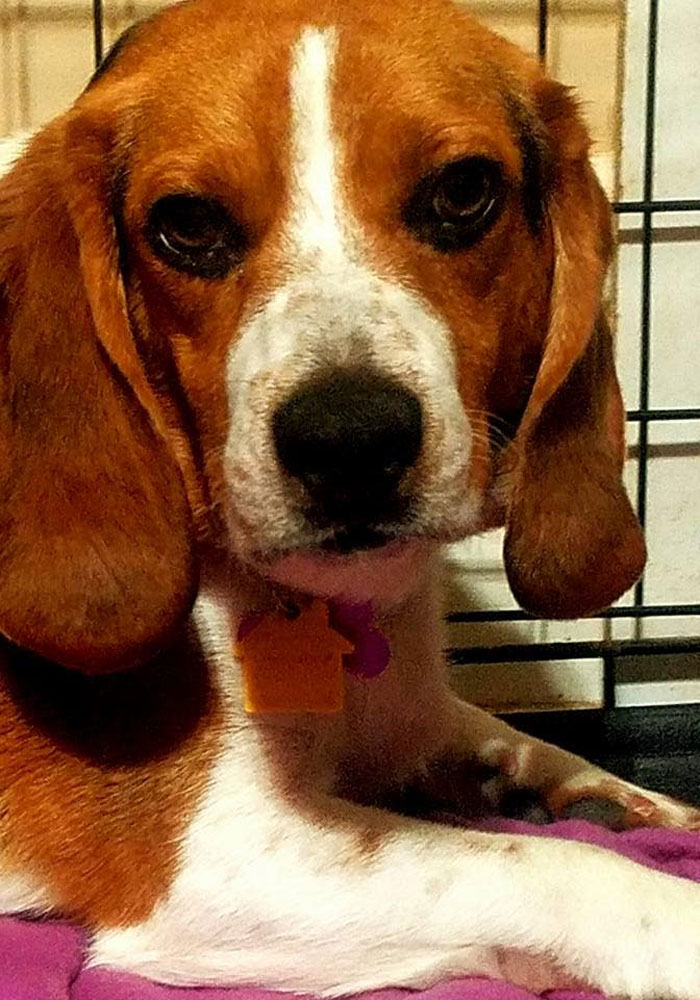 Petful states that a shocking 2.7 million out of 7.6 million pets that enter animal shelters are euthanized each year in the United States. There are various reasons for putting an animal down. Such as contagious illnesses. Or overly aggressive behavior. However, the most heartbreaking reason is probably overpopulation: some shelters that get overcrowded put less adoptable animals to sleep to make space. However, there are everyday heroes like Joe and Schenley who make sure to rescue every animal they can.