On Halloween night an injured puppy was thrown out of a moving vehicle and left to die. Luckily, two women saw the crying dog, wrapped him in a blanket and took the pooch to the Albany Police Station. Patrolman Jon-David Hill called animal control. They wouldn’t be able to do anything for the injured dog and that they’d have to put him down. But officer Hill couldn’t let this happen. “I didn’t think it was fair,” Hill told Inside Edition. “I didn’t want his life to be pain and suffering and just be over. I was the right officer at that moment.” 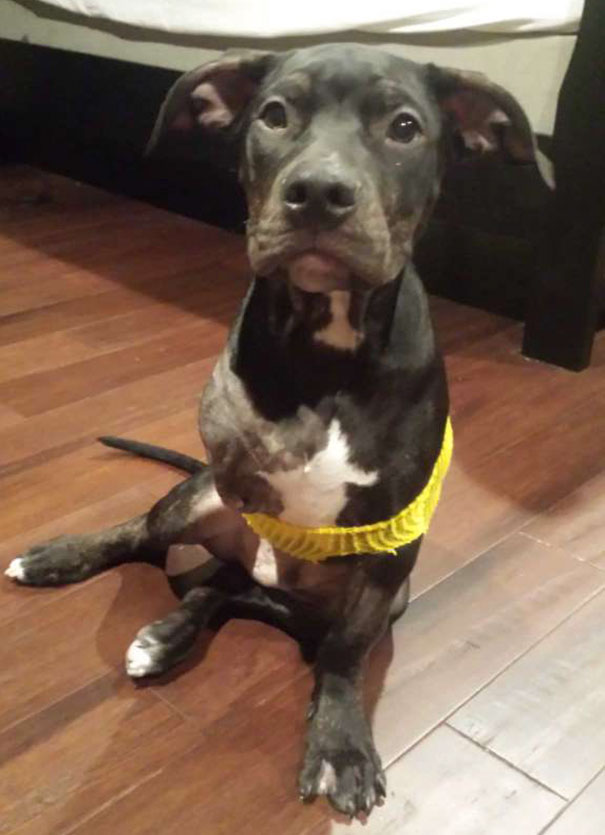 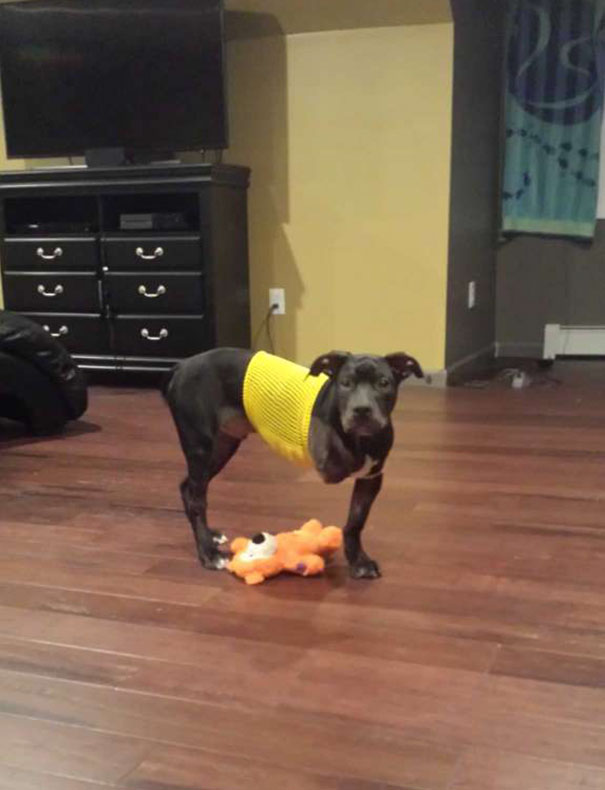 The policeman decided to adopt the dog, named him Jack and took him to a 24-hour animal hospital. The vets said the injury was old and that the best option the pooch had was to get one of his legs amputated.

But, other than having only three legs, Jack turned out to be a very loving, joyful, and happy pup! “He’s now playing ball, he’s moving around really well, he’s able to jump on the couch,” Hill told Inside Edition. “He’s nervous when he first meets people, but once he can smell you, he automatically starts licking everybody.” 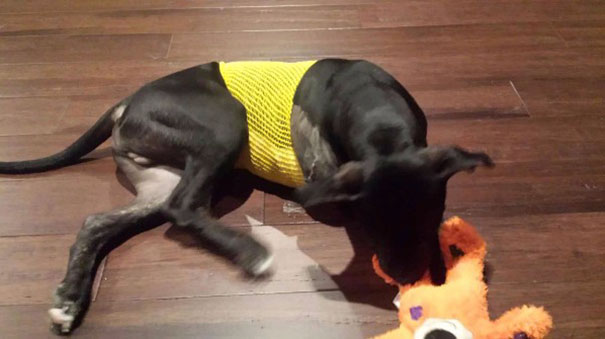