When Lucy’s owner Zilla Bergamini saw a video of her together with her Sphynx siblings, she instantly fell in love. Lucy, as Zilla remembers, looked adorably different from her littermates. When the adorable kitten was taken to a veterinarian, they learned that the kitty had hydrocephalus, a rare neurological condition characterized by a build-up of fluid in her brain. The vet said that he didn’t think it was worth performing surgery on Lucy. However, more than a year has passed since Lucy’s diagnosis and the unusual cat seems to be living her best life, thanks to her loving and caring owner.

Before adopting her pet cat from a friend, Zilla had to wait three days before bringing her home. During this time frame, she put all of her efforts into researching hydrocephalus, related cat health issues, and preparing for Lucy’s arrival. “I began reading everything I could about hydrocephalus and all possible outcomes. I looked for the best veterinarian neurological center in the country and I already started setting up a fund to pay for her surgery—if needed—or medication,” the unusual animal’s owner told Love Meow. 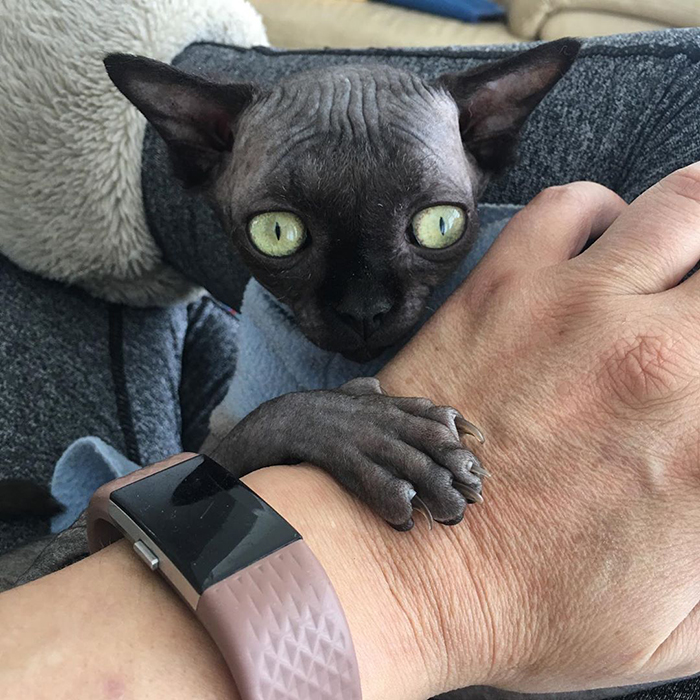 Lucy was two months old when she arrived at her new home in Haifa, Israel. By this time, her owner Zilla already had two rescue cats taken from animal shelters and while she was excited to bring in Lucy, her neurological condition made her a bit nervous. “Her future was uncertain,” Zilla told the media.

For the first few days with her new family, Lucy cried constantly. Zilla became alarmed after she noticed that the kitty hadn’t emptied her bowels for the past few days, too. Hoping to find answers, Zilla brought her adorable cat to the vet who had been treating Lucy since day one. The vet told Zilla that Lucy would be needing eye drops for the rest of her life, and, as for pooping, he said Lucy’s belly was empty and she was probably hiding it. But it didn’t make Zilla any less concerned, so she found the best veterinarian in her area and made an appointment. 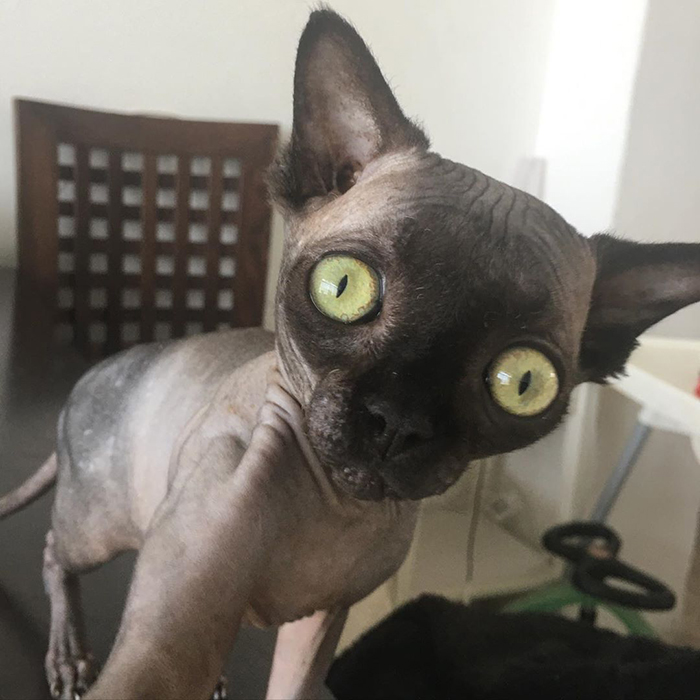 The new vet found out that the poor kitty hadn’t had a bowel movement in several days. After taking care of that, “she practically leaked poop 24/7 for more than two weeks straight,” Zilla told Love Meow. “I was putting her to sleep in a tiny baby diaper and I was always holding her.”

During this difficult time, the cute cat and her owner formed a special bond. After Lucy’s digestive issues were taken care of, she was taken to an eye specialist to see if anything could be done to fix them permanently. The veterinarian discovered that Lucy’s hydrocephalus made her skull grow in an unusual shape, which resulted in her eyelids irritating her corneas. Luckily, the “amazing veterinarian,” as Zilla calls him, was able to fix her eyes and now the young feline doesn’t need eye drops.

Fast-forward to today, and the adorable bat girl is doing just great. However, Zilla does keep an eye on her, as any little medical issue might require immediate professional attention. Luckily, this doesn’t prevent Lucy from living her best life⁠—playing, cuddling, and watching the birds while sitting on the windowsill. 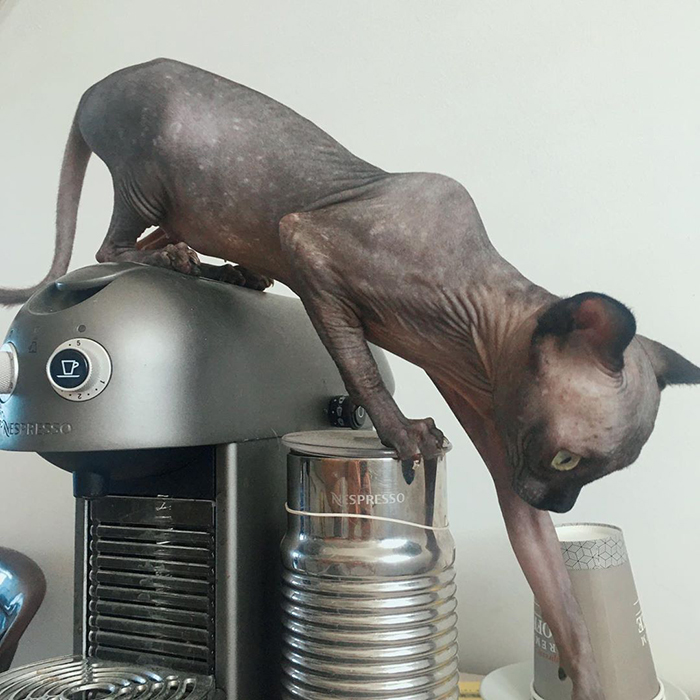 Lucy’s owner says that she’s a people’s cat and loves spending time with company. “She loves going out,” Zilla told the media. “She sits in a baby stroller or inside a bag and enjoys the view. Every time we go out, she tries to sneak inside one of the two.” 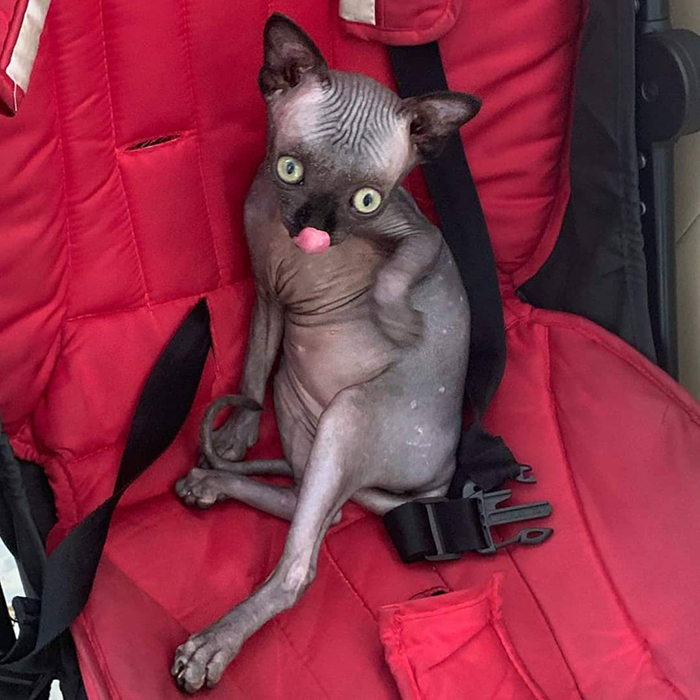