Children aren’t the only ones who enjoy a good old fairy tale before setting off to the kingdom of sleep. Turns out, puppies do too. Well, maybe not all of them, but these cuties definitely do. At least when it comes from a talking dragon.

Some time ago, a Twitter user uploaded a video in which a group of 4-week-old goldie puppers are enjoying story time from a talking cuddly toy dragon. Surprise, surprise, this footage single-handedly melted everyone’s heart.

Turns out, these puppies belonged to SunnyDream’s Golden Retrievers, a small family-operated breeder of golden retrievers.

“Four-week-old golden retriever puppies from my litter experiencing story time with Dalton the storytelling dragon. The puppies were all mesmerized by Dalton and had a great experience with him,” reads the description of the video. The video captures at least ten golden retriever puppies looking totally mesmerized while listening to the story being led by a toy dragon called Dalton. “Dalton the storytelling dragon made his first appearance for the ‘Sweetheart’ litter tonight!” reads the description of the video.

Turns out, that’s not the only fairy tale this dragon knows. It can also recite Jack and the Beanstalk, Rapunzel, The Ugly Duckling, and Sleeping Beauty. 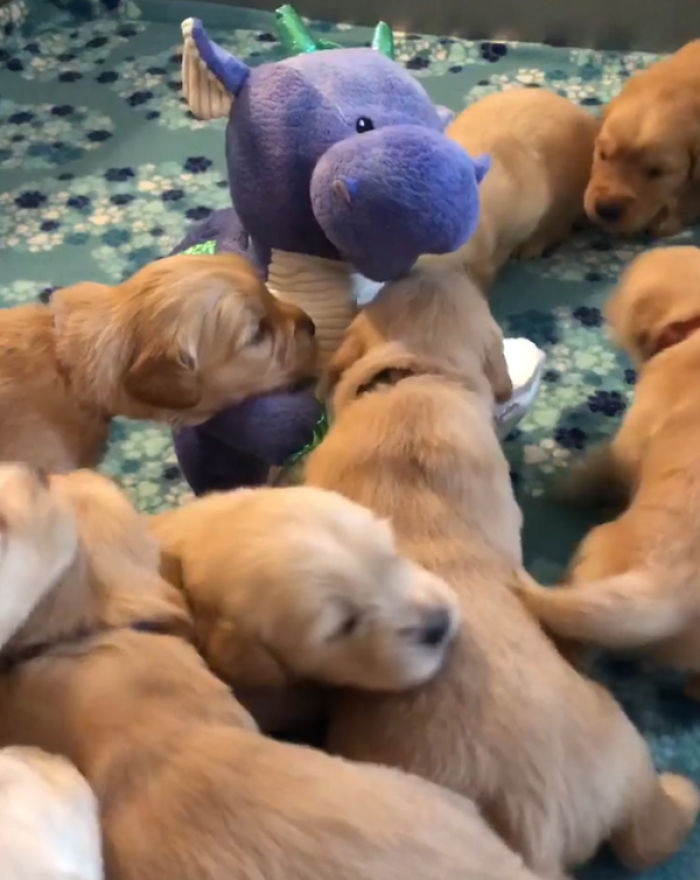 As the dragon is reading his story, you can notice the puppies trying to get as close to him as possible. They seem absolutely mesmerized.