When Susie Coston who works at an animal rescue saw Blitzen the tiny calf at a cattle auction, she knew she had to save him from certain death. “They called him trash and joked about … no one bid on him,” Coston, who is the national shelter director for Farm Sanctuary, wrote on their website.

Blitzen weighed only 37 pounds, and could have fitted into a bowl. 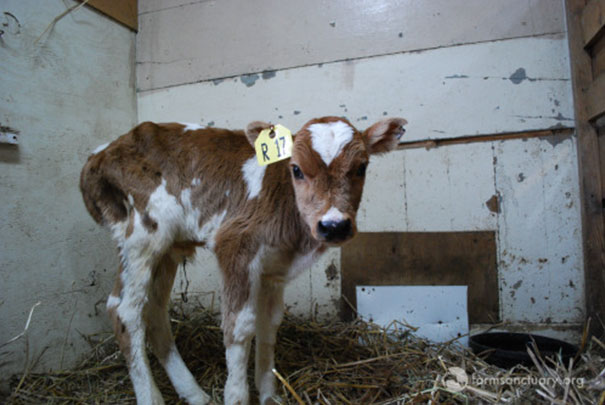 That very day she was rescuing two other unhealthy calves who came from massive dairy farms in Pennsylvania and New York, called Lawrence and Alexander. “Calves often arrive at the stockyard too weak to stand, dehydrated, and without having received vital colostrum from their mothers,” Coston explained. “This leaves them vulnerable to infection and disease, which quickly sets in.” 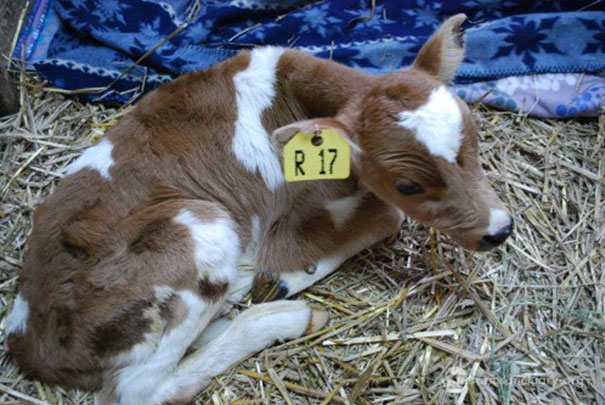 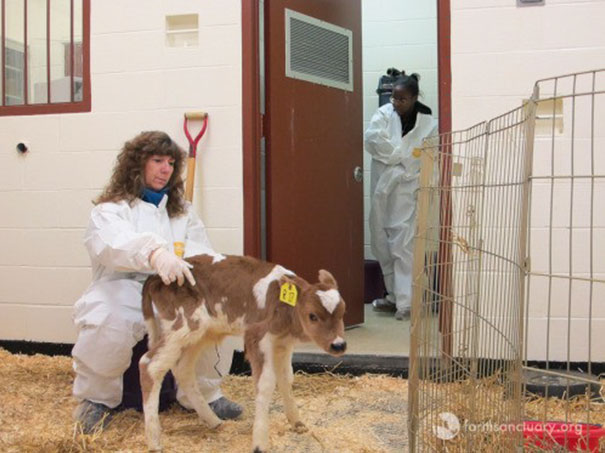 Blitzen was only one or two days old, and together with Lawrence and Alexander, he was rushed to an animal hospital at Cornell University. All of this happened in 2010, and even though Blitzen had to be treated for pneumonia and needed a blood transfusion, all three of the tiny cows survived. Alexander died after five happy years at a sanctuary, due to complications coming from his rough start in life.

Nowadays Blitzen spends his days playing with Lawrence, and at a weight of a couple of thousand pounds, he is one strong cow! 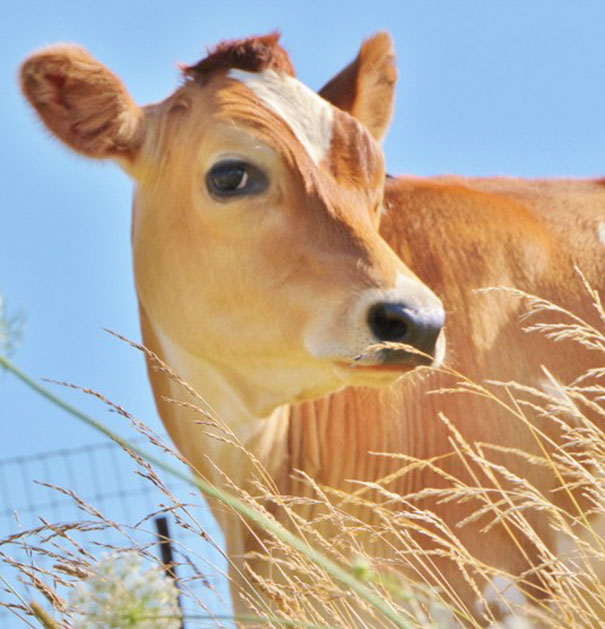