When Tyler Gregory found a little squirrel on his Kansas property last August, he knew he’d do whatever was needed to save the little life.

The baby squirrel was caught in a thunderstorm and had blown far from the safety of her nest and mom. Gregory brought the squirrel inside to warm up, but he was afraid she wouldn’t make it through the night.

“She was so tiny that her eyes weren’t even open yet,” Gregory told The Dodo. “We started bottle-feeding her with formula and hoping for the best.” 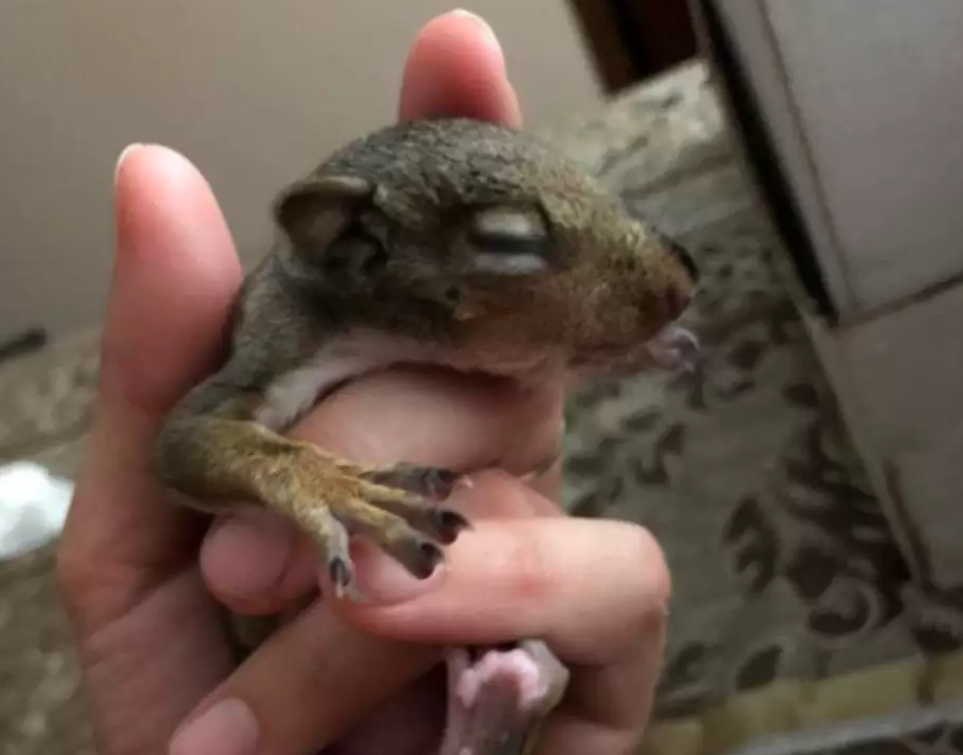 Gregory and his girlfriend set their alarm to wake them every three hours and took turns getting up for the frequent feedings. Luckily, their flexible schedules allowed them the time needed to care for the squirrel, whom they named Annie. “It helps with our work schedule since I’m a musician and my girlfriend works on her art from home,” Gregory said.

During her first few weeks, Annie slept in a small cage with a heating pad to keep her cozy, and as she grew, so did the size of her crate.

But as soon as her eyes opened, the curious squirrel wanted more room to roam — and her dad was happy to appease her. 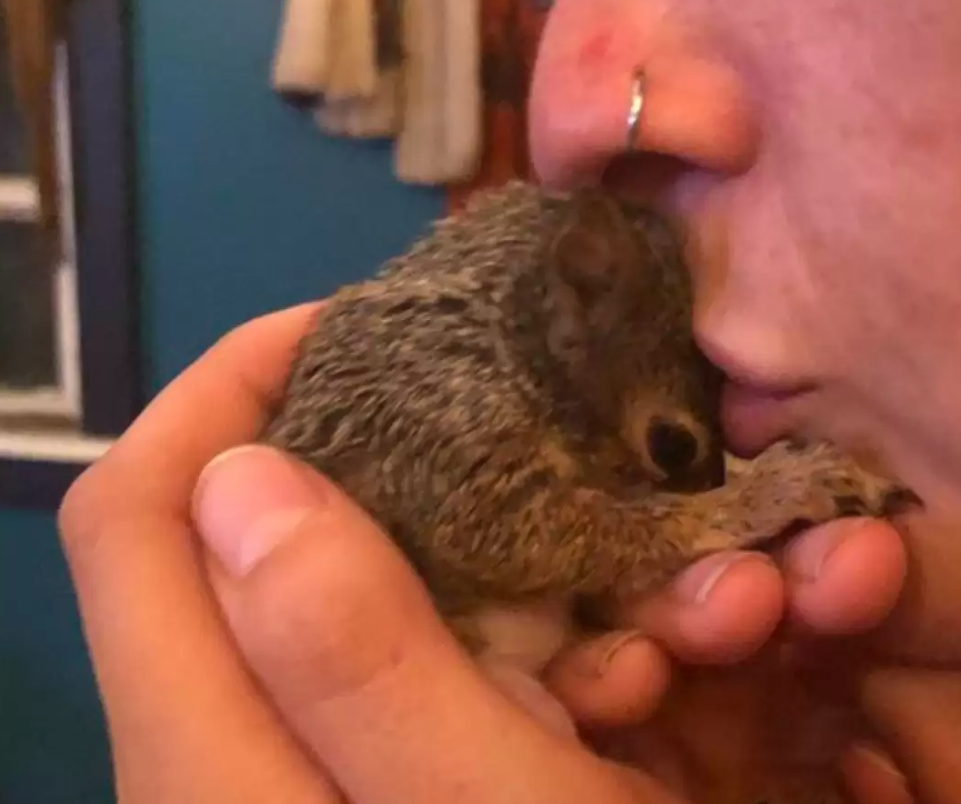 Gregory began taking Annie on frequent trips outside, where she could crawl around on the grass. Soon, the little squirrel was testing her strength by taking flying leaps from tree stumps and fence posts.

But no matter how far she went, she would always run back to her dad for some neck scratches and — her favorite — belly rubs. 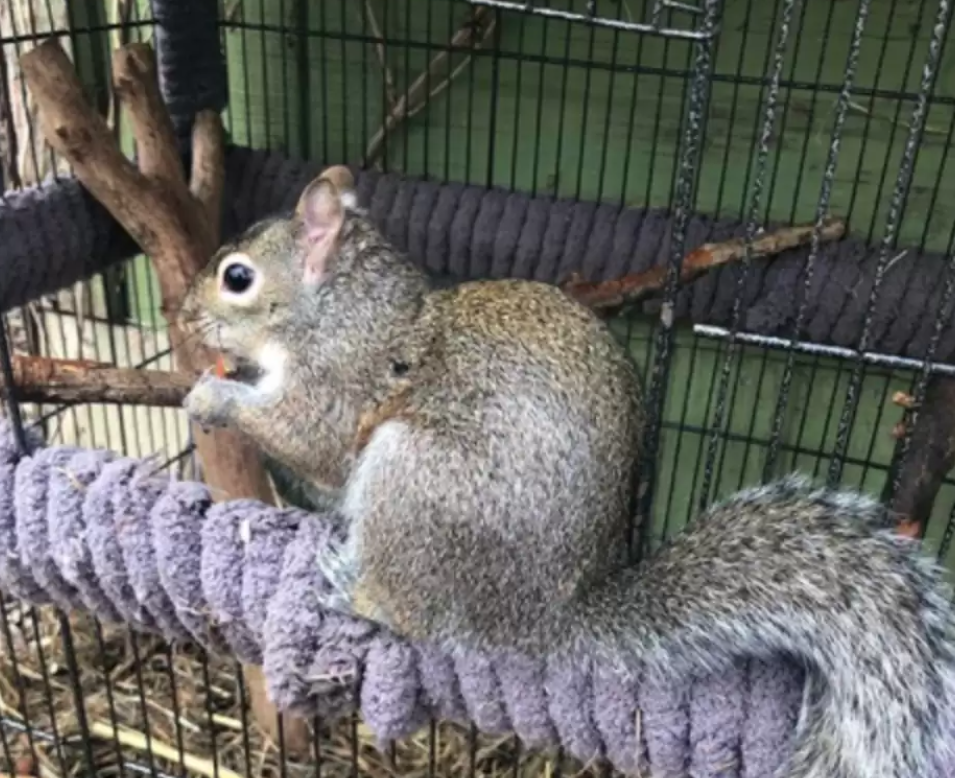 “She was always very attached to us growing up,” Gregory said. “She would enjoy running around the house or running outside, but would always come right to us. Whenever folks would come over, I would have her say hello as she sat on my shoulder.”