He has stunning, icy blue eyes and snow-white fur, so his rescuers named him Snowflake.

Snowflake, a baby goat, had barely just been born in Spain, when he was given away as a gift – he was to be slaughtered for someone’s dinner. 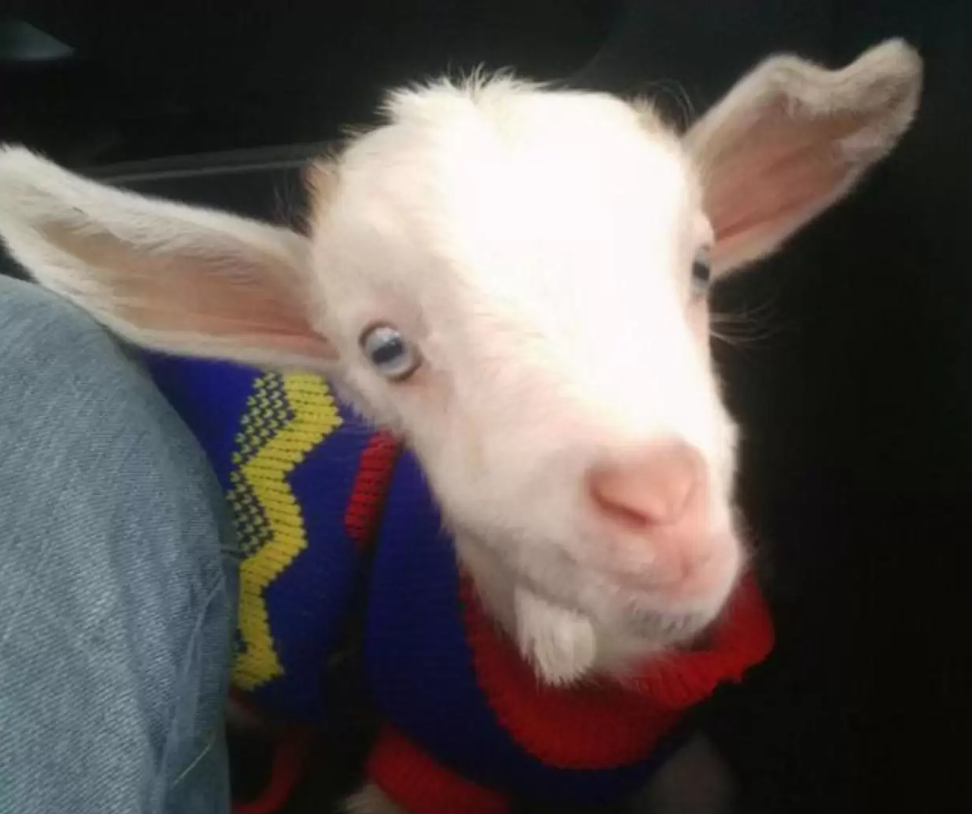 But a woman found him and convinced his owners to let her take him home.

This home of hers, however, was not exactly built for a baby goat, so she posted a plea on Facebook to help spread the word.

Finally, Abigail Geer, the co-founder of Mino Valley Farm Sanctuary, on the other side of the country, was tagged in the woman’s post about the baby goat needing a home – and it turns out she was the exact right person to ask. On Saturday, Snowflake was retrieved by his rescuers who drove from miles away to get him. He was so small his umbilical cord was still attached. “He should be with his mother but now all we can do is our best to give him the love and care he needs,” the sanctuary wrote.

After seven hours in the car, Snowflake finally arrived at the sanctuary in Northern Spain, and was welcomed with open arms.

Snowflake wasted no time making friends. Upon meeting Fernando the donkey, he decided he’d make a nice, comfy rug to stand on. 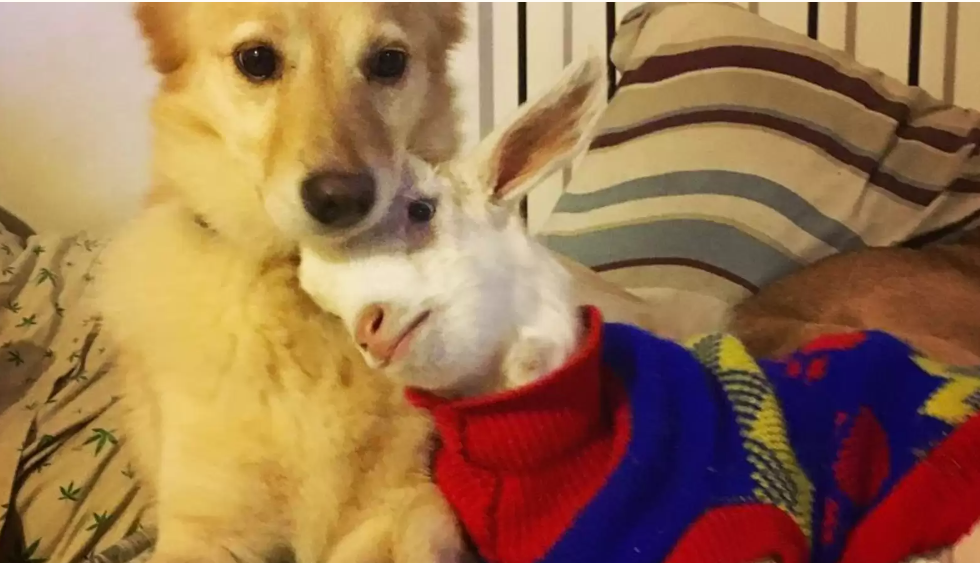 Snowflake also snuggled up to a resident sanctuary dog, Nella, who was rescued from the streets.

Life is pretty sweet for Snowflake now. “He’s settling in well,” Geer told The Dodo on Tuesday. “He loves all the baby lambs and bouncing around all over the house!” 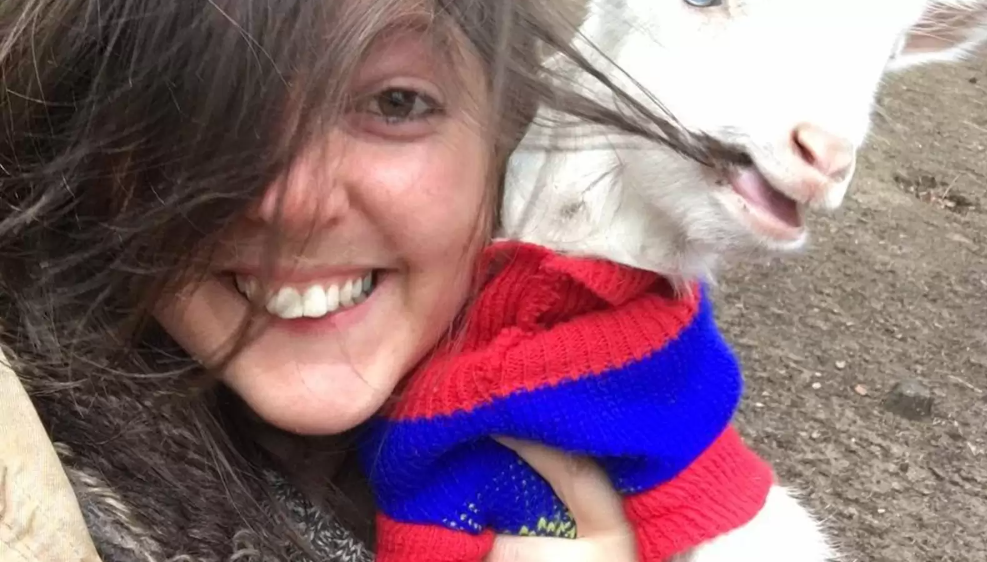