When a large wild animal charged across a highway and into the crashing surf at Safety Beach in Victoria, Australia, Saturday afternoon, beachgoers couldn’t believe their eyes.

Typically good swimmers thanks to their powerful back legs, kangaroos have been known to cool down with a quick plunge in a dam, lake or even the occasional swimming pool. But despite his best efforts, this kangaroo was no match for the waves, barely keeping his head above the water. 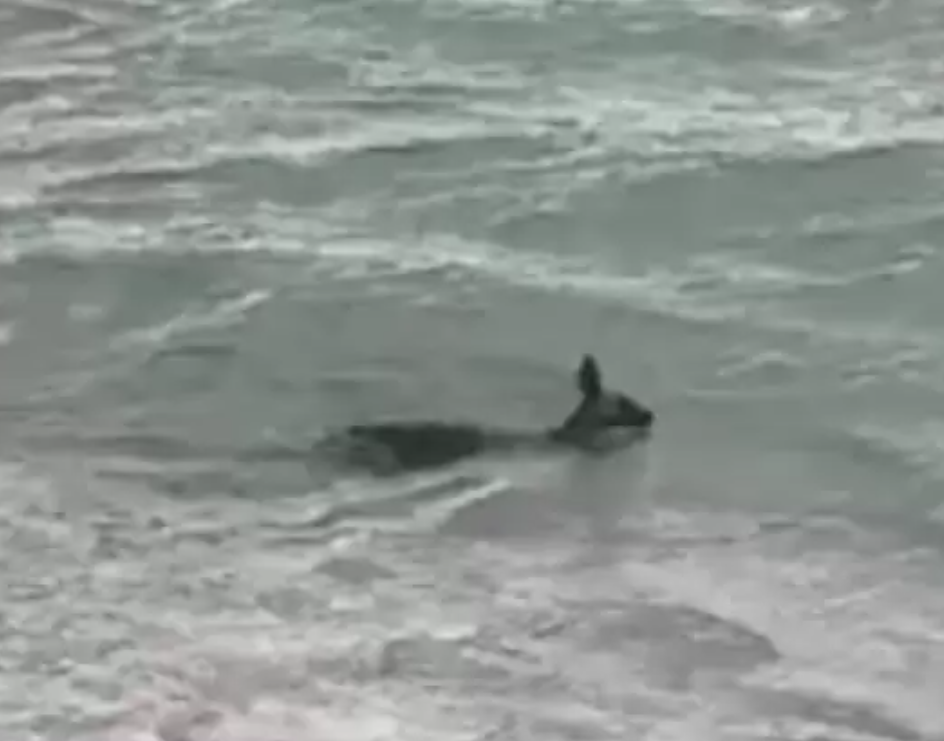 Concerned onlookers pulled the exhausted kangaroo out of the surf around 5 p.m., just as local police officers arrived on the scene. It seemed the kangaroo would finally be brought to safety, when, suddenly, the large animal changed his mind.

“The kangaroo had made it back to the beach upon [the officers’] arrival and had been covered in a blanket by a member of the public,” the Victoria Police wrote in a press release. “Police were monitoring it, but it decided to turn around and hop back into the surf.”

Seeing the animal in distress, Sergeant Christopher Russo and Senior Sergeant Kirby Tonkin stripped off their uniforms and rushed in after the kangaroo. “It began to swim but got into difficulty in the swell and breaking waves and went underwater a couple of times,” the release noted. 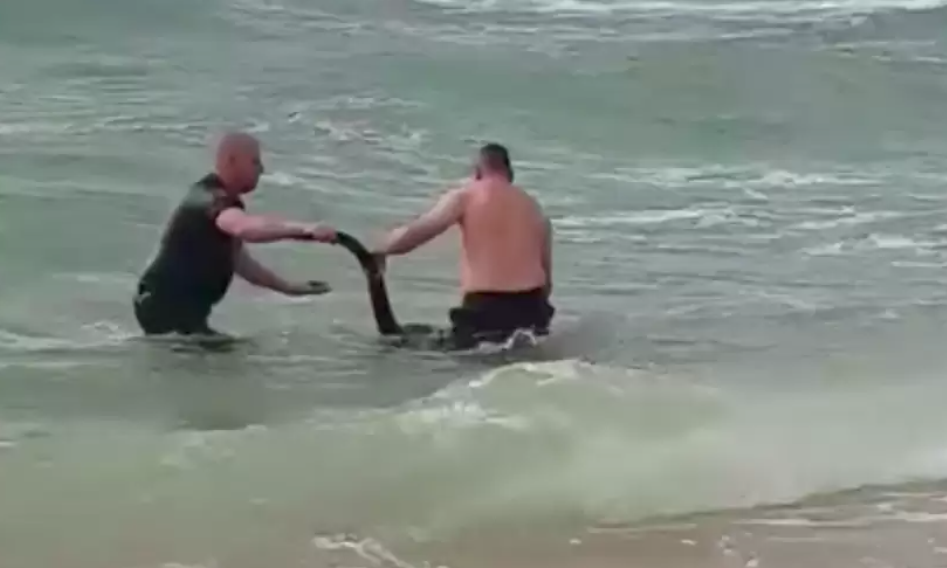 Sergeant Russo realized he had only minutes to save the animal. “He went under and as he came up you could see foam coming out of his [the kangaroo’s] nose, he was drowning,” Russo told The Herald Sun.

The officers grabbed both ends of the unconscious kangaroo and helped him to a grassy area, where they cleared his lungs and began chest compressions. To the delight of the crowd, the kangaroo soon began breathing on his own, and the officers wrapped him in blankets.

To ensure that the animal didn’t escape a second time, the kangaroo was taken to the nearby police station, where he patiently waited in a cell to be assessed by a local wildlife center.

“The roo is currently being cared for but is said to be in good spirits and lucky to be alive given the amount of salt water he inhaled, thanks to his rescuers,” Rosebud police said in the release. 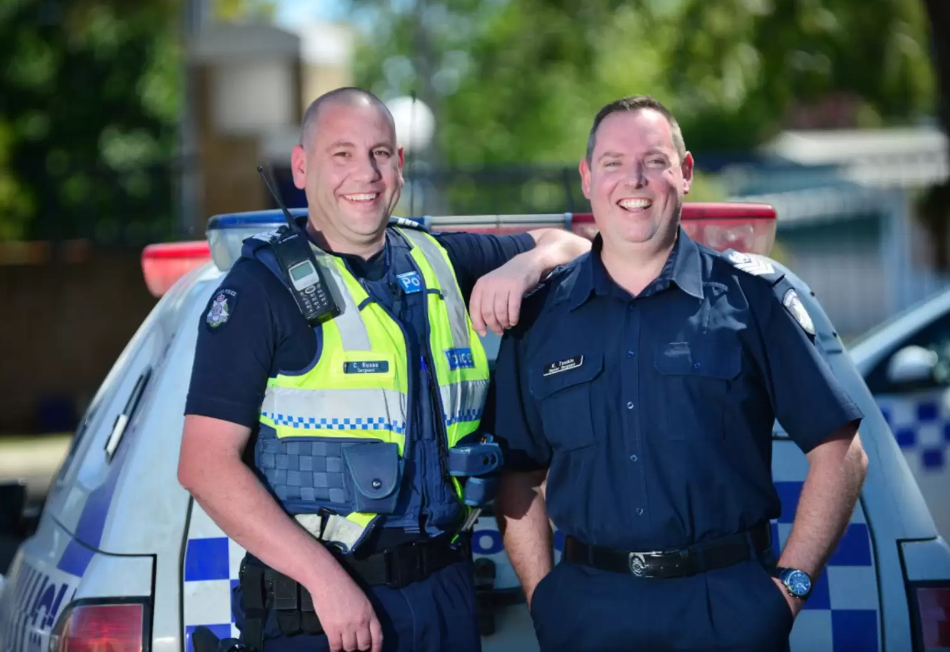 The kangaroo has since made a full recovery, and was released back into the wild Monday night. After this ordeal, officers are hoping that next time he wants to take a dip, he will look for calmer waters.