Poncho the opossum was orphaned as a baby when he was found clinging to the side of his mother after she had been hit by a car. 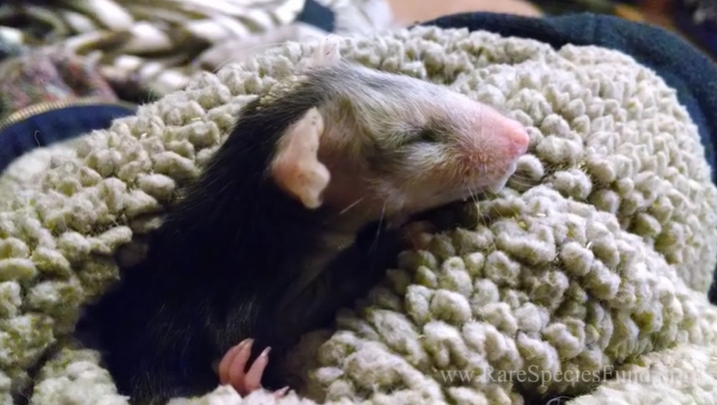 Poncho survived, but needed a caregiver. He was brought to Myrtle Beach Safari and was introduced to Hantu, a white German Shepherd, who has no babies of her own, but has a lot of love to give.

The two quickly bonded and have been inseparable ever since! Poncho still rides on her back even though he’s much bigger now. 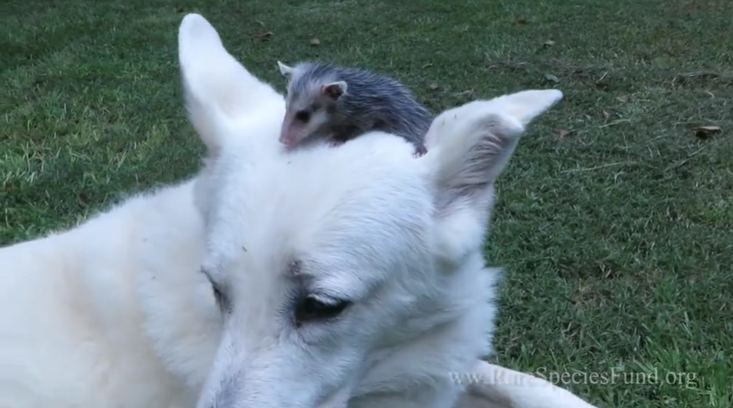 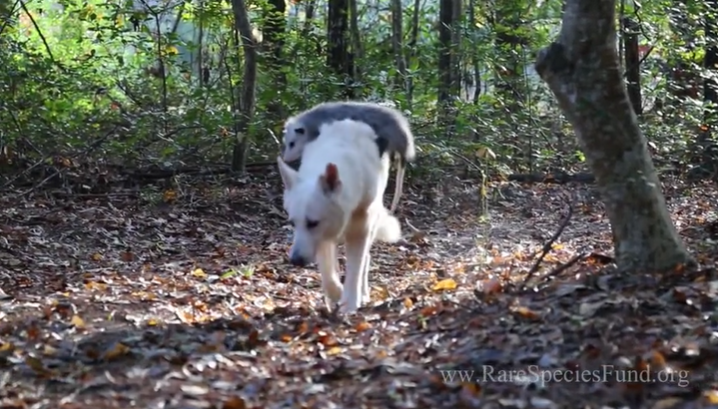