As little Atika plays with her bear cub friends, she doesn’t have a worry in the world. With her boundless energy and inky-black coat, she might be the cutest cub at the sanctuary.

But just one year ago, this little bear almost didn’t make it. When Atika was just a newborn, a hunter stole her from her forest home in Cambodia and sold her to a villager. She was destined to become a pet — until the kind person who bought her immediately knew this was no life for a wild bear. They knew they needed to free her.

The individual called wildlife officials for help, and soon Free The Bears Fund was on their way. The villager had saved her from a life of being a pet, and rescuers were so grateful for the call. 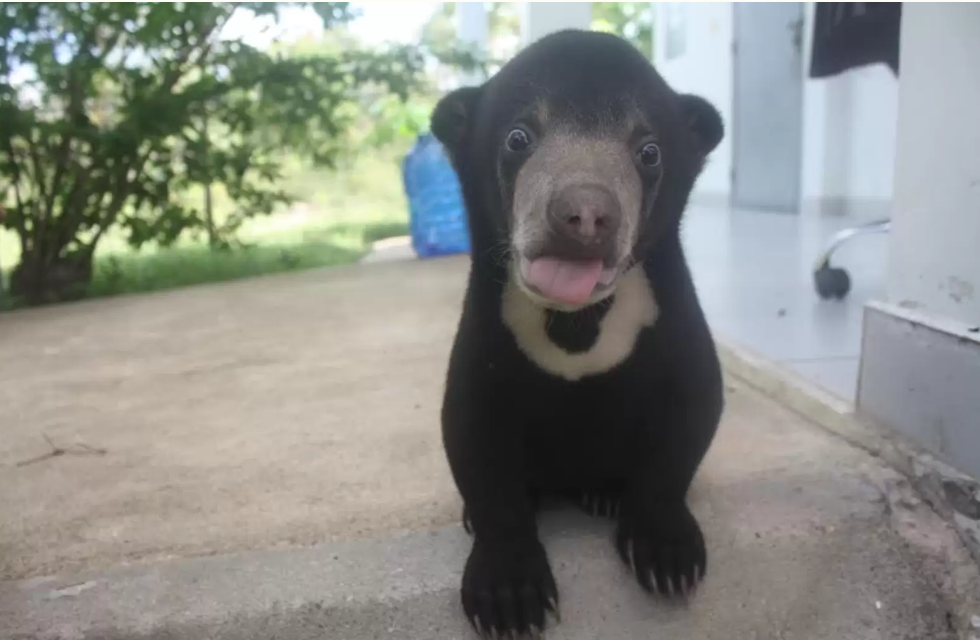 The little cub was barely a few months old, but she had already lost her home and her mother. She was so malnourished and scared, but she was going to fight for her life.

“Following Atika’s rescue, we were extremely concerned for her health,” Rod Mabin, communications manager for Free The Bears, told The Dodo. “Tiny bear cubs this young are extremely vulnerable to infection and disease. They often reach us dehydrated and malnourished, having received poor care in the interim period after they are taken from their mothers (most likely after witnessing their mother’s murder by hunters). She was under 24-hour care with seven feeds a day for her first few months.”

Though Atika was so tiny and vulnerable, she started to thrive thanks to her diligent caretakers. By the time three months had passed, the young bear had grown impressively, and was already learning how to forage on her own.

Atika’s main caretaker, Mr. Heng, took her out for walks in the forest frequently so she wouldn’t miss out on important bear lessons like climbing trees. The little bear was doing so well — and soon enough, she was big enough to meet her very first friend, a rescued cub just like her. 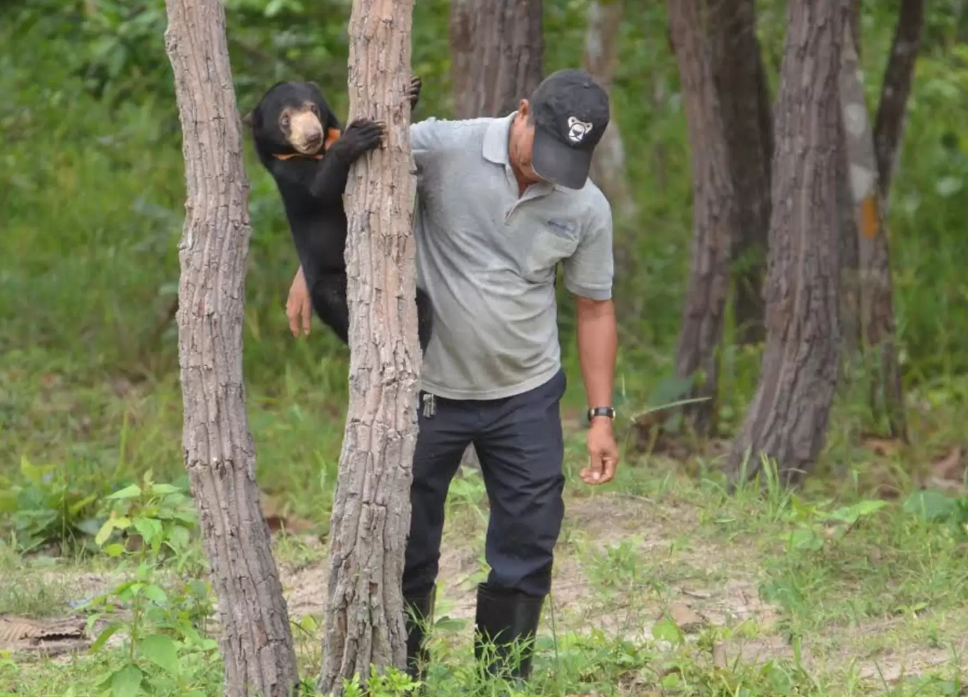 The two girls hit it off immediately — and now even share a living space together.

“Their cub nursery features climbing frames, hammock and a small swimming pool, all of which they love,” Mabin said. “This year, they’ll graduate to a larger stage two cub nursery and, at around 3 years old, they’ll be big enough to move to a forest enclosure.”

With her friend, Alicia, at her side, Atika is always on the go. Naturally, they always have plenty to do together.

Atika (left) and Alicia climbing the bars of an indoor enclosure at the sanctuary | FREE THE BEARS
“Play, play and more play,” Mabin said of the cubs’ favorite activity. “While Atika loves to play and wrestle, she’s not quite as boisterous as Alicia, perhaps because she’s slightly younger and smaller. Atika has a lovely gentleness to her, perhaps related to how young and defenseless she was when rescued — and also no doubt due to the incredible loving care of Mr. Heng, our expert cub carer.”

Atika is thriving now, nearly one year after she was first rescued as a tiny infant. While she’ll unfortunately never know life in the wild since she was taken from it at such a young age, she’s in the best place for a happy life. 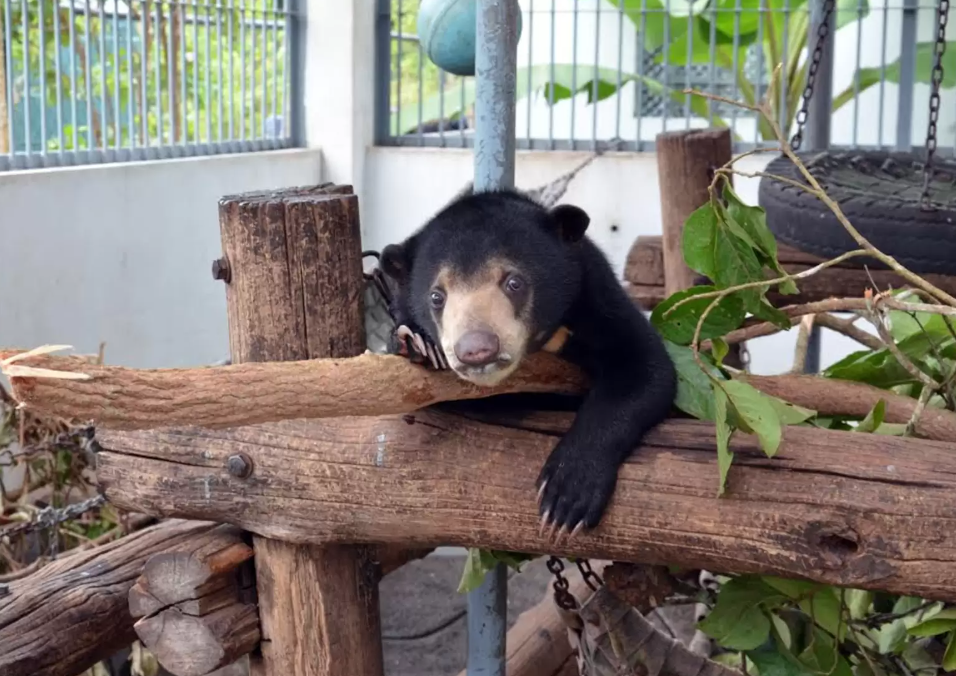 Clearly, she’s already overjoyed to be safe and loved.

“Once you’ve met a sun bear, you’re never the same,” Mabin said. “To see such a tiny and helpless cub blossom into a strong, energetic and inquisitive bundle of joy is nothing short of magical.”