Meet Marshmallow, a bird described as “a bit physically challenged and mentally simple. Even for a chicken.” Marshmallow is one of an unusual breed of chicken known as Silkie, a fluffy ball of adorable cuteness that is known for a friendly, goofy nature that us humans find to be incredibly endearing. 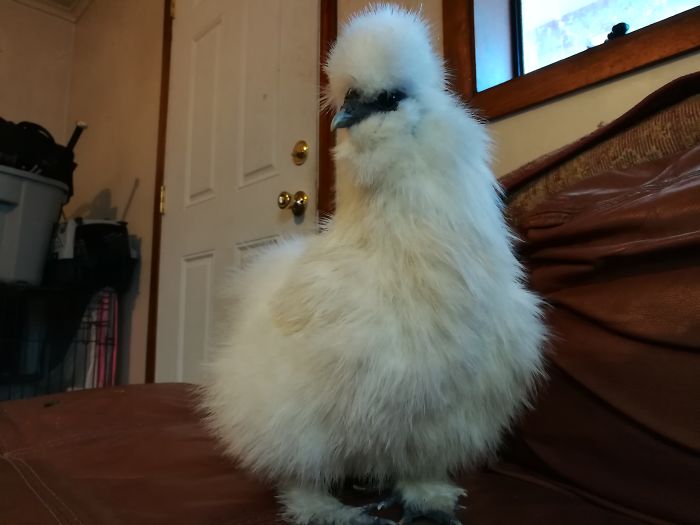 Imgur user WyrmsWorks shared a snippet of daily life with Marshmallow, detailing some of the adventures and situations she clumsily gets herself into. I know that if I were looking to get a chicken, I’d definitely choose a Silkie! “They’re bred to be less physically capable so they’re easy to contain, and they’re also bred to be very calm and trusting, with no emphasis on maintaining normal survival capabilities,” WyrmsWorks said about the breed. “They are very easy to catch and don’t try to run from predators soon enough because they’re just too calm. Silkies can not free range, they will get themselves killed one way or another. They are special needs as far as chickens go. As long as they’re kept safe they make perfect pets, though.” 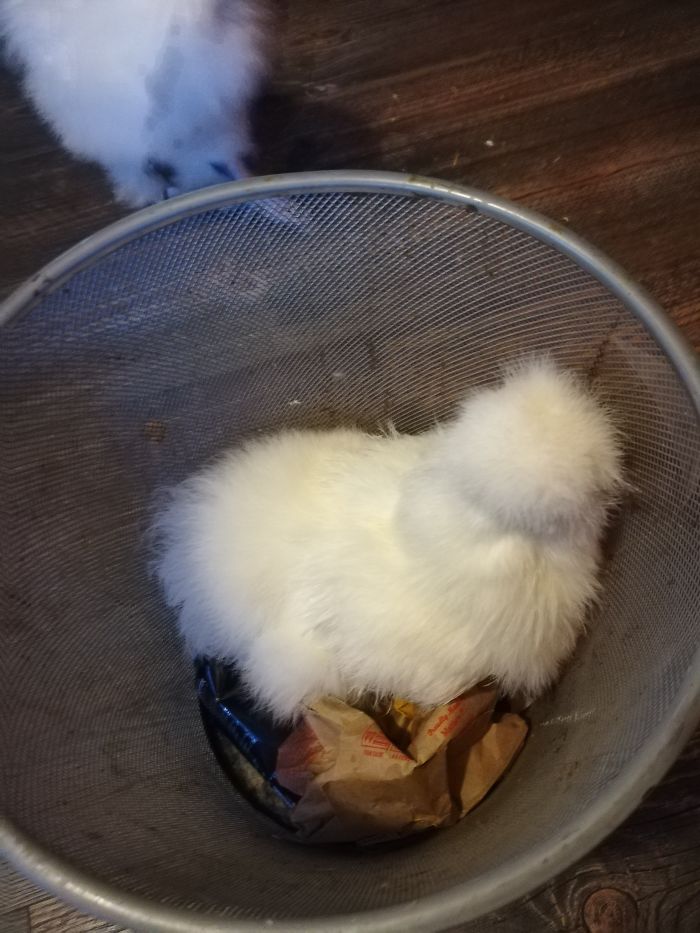 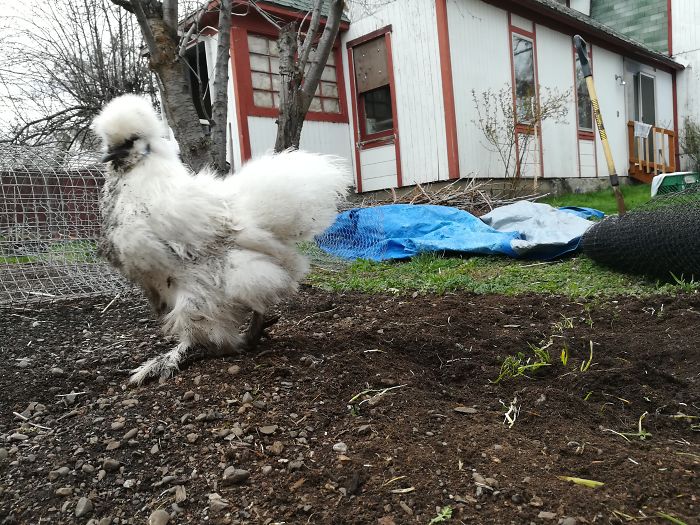 She, like many silkies, is a bit physically challenged and mentally simple. Even for a chicken.

“One day I didn’t know where Marshmallow was, and after a little over an hour I started to worry. I found her …in the trash. What are you doing, bird? How did you get in there? And why are you in there? It shouldn’t be possible for her to get in there on her own, she doesn’t have more than a 8-10″ vertical (pathetic for a chicken her size, which should be able to clear 8-10 FEET), and that basket is definitely taller than 10″.

Waffle was trying to mate with her. She’s not sexually mature yet, having yet to lay her first egg, so she wasn’t having any of it. She jumped on top of a short cat stand next to the trash, but Waffle could still peck at her. So she hopped up to perch up out of his reach on the rim of the trash, forgetting that her feet are shit and her balance quite poor, and promptly fell in. 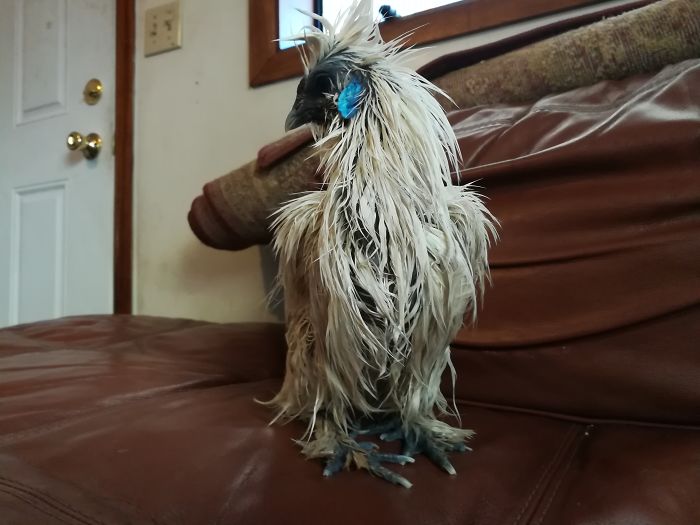 She didn’t mind, though. The trash can was comfortable and safe, and Waffle couldn’t reach her. She settled right in. She was happy. Silly bird.

She usually dust bathes in dryer dirt, which doesn’t stick to her feathers as badly. She was having fun, but my WHITE pet chicken was getting her plumage FILTHY.

She’s pretty happy with herself, but mom says time for a bath 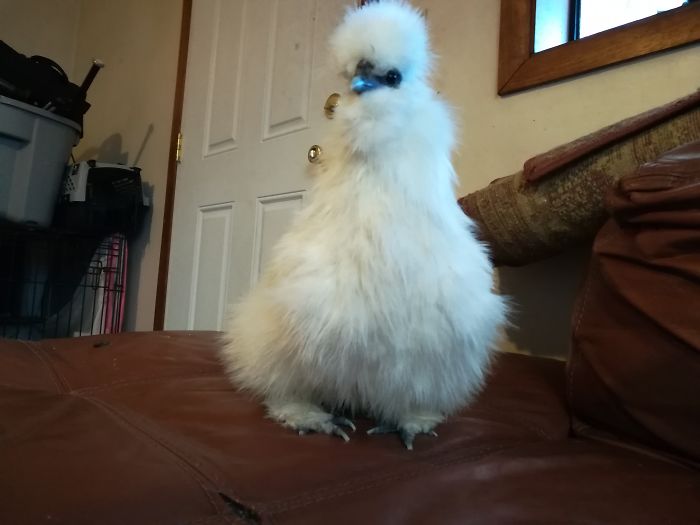