An animal control officer, Diane Desrosiers, found the 10 baby ducklings without their mother on the Southfield Expressway, and stopped traffic in order to round them all up. When she couldn’t find their mother, she put them in a pet carrier and brought them to the South Winds Golf Club nearby, where she released them into a pond. 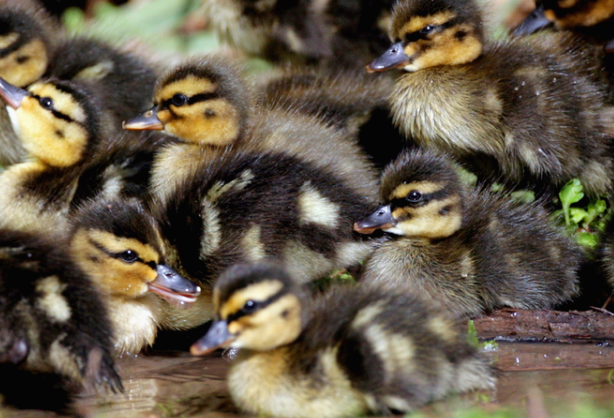 The golf club’s pet duck, Stella, was in the pond at the time with her babies that had hatched two weeks prior. Chris Grandy, a golf pro at South Winds, told Fox 2 News that he had discovered the mother duck and her nine eggs a month earlier, and named her Stella, after his aunt. He told his team to protect her nest, and did his best to keep Stella and her family close by when the eggs hatched.

When the abandoned ducklings were released into the pond, Stella immediately left her own to welcome the new ones, and led them back to her family.

Chris Grandy continued by saying, “They lost their mom and now they got a new mom. It was the most precious kind of thing I’ve ever witnessed. It was such a motherly thing.”