These women won’t stop laughing at a donkey in an adorable video. Just look at this donkey’s face. 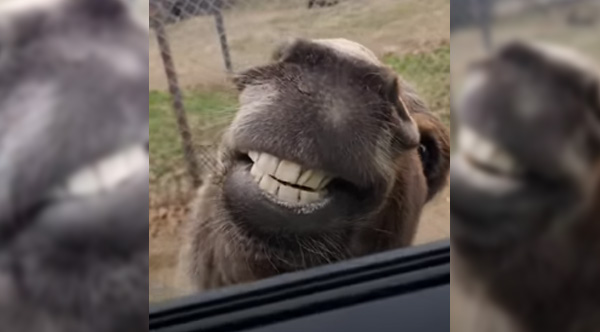 Women were in front of a tiger enclosure but suddenly a donkey arrived outside their car.

“He’s really smiling,” one of the women comments as they try to control their giggles.

Video has reached more than 3 million views in social media.

“So this is how the phrase ‘stop grinning like a jackass’ originated, haha,” comments one viewer. “I have watched this 50 times and laugh just as hard every time,” says another.

“The donkey looks like he’s just loving life to the fullest he can,” notes another.

Well, such a lovely and funny scene happened to these women.