Niji already lost her home and her family — but life is only getting worse.

Last week, Japanese fishermen chased Niji, a Risso’s dolphin, and her seven family members out of the open ocean. The fishermen confused the dolphins by banging onto the metal hulls of their boats, which creates a wall of sound underwater. The dolphins struggled to escape, but were unsuccessful — the fishermen ended up driving them into the notorious “killing” cove in Taiji, Japan, where their lives changed forever. 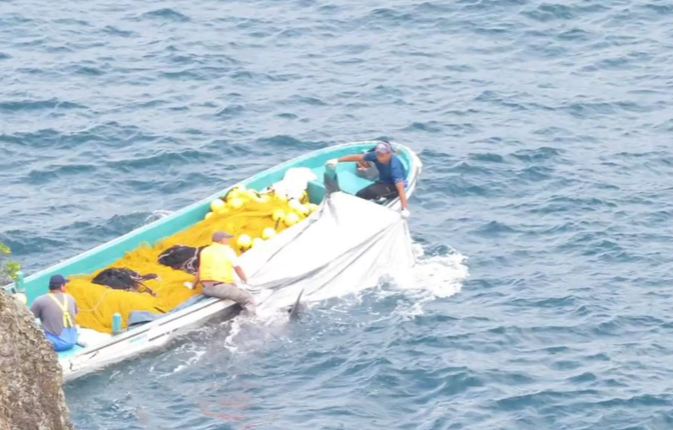 Five adult dolphins were brutally slaughtered for their meat in front of each other, while two juveniles were dumped back at sea since they were too young to be killed or trained.

As for Niji, she was taken into captivity, due to spend several weeks in a sea pen at the Dolphin Base in Taiji and trained to perform for audiences.

“The adults were too old to train and the juveniles were too young to take into captivity, but Niji was probably just the right size and the right age,” Nikki Botha, a volunteer for Sea Shepherd Cove Guardians, a group monitoring the dolphin drives in Taiji, told The Dodo. “She looks like a ‘prettier’ dolphin, if you can put it that way.” 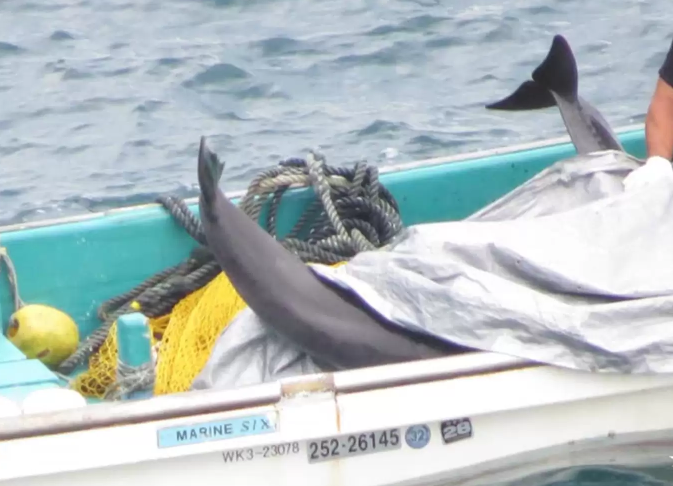 But Niji hasn’t been doing very well in her pen — she’s refusing to eat any of the dead fish and squid offered to her, and the trainers appear to be using intubation equipment, likely forcing food into her stomach.

The nets surrounding Niji’s sea pen have also been raised so she’s always in shallow water, to make it easier for the trainers to handle her. As a result, Niji hasn’t been able to dive deeply or get any shade from the sun, which could lead to sunburn and other health issues.

Last but not least, Niji has several concerning injuries on her body, particularly around her snout and tail fluke, which appear to be new.

“The dolphin is definitely rubbing against something to cause that rawness on the tip of the snout and the leading edge of the tail fluke,” Naomi Rose, a marine mammal scientist at the Animal Welfare Institute (AWI), told The Dodo. “Those are friction injuries, for sure, but what the animal is rubbing against and why are unknowns.”

One possible explanation is that Niji is rubbing herself against her pen out of frustration, Botha explained, a behavior that’s been seen in other captive whales and dolphins.

“Those chafing marks weren’t on the round part of her body — it’s all edges where her body would rub against the nets, and the sides of the pens when she’s trying to find a way out,” Botha said. 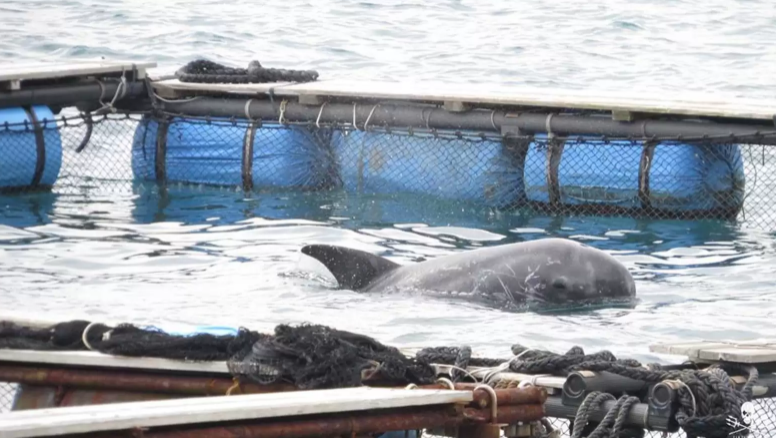 However, this behavior has yet to be observed in person, partly because Botha and others can only get so close. The Taiji trainers have also recently put up a barricade to prevent anyone from seeing what’s going on in Niji’s pen.

What is clear is that Niji will face a lifetime of misery. After she goes through her training, she’ll be sold for a large sum of money to a dolphinarium or swim-with-the-dolphin program somewhere in the world. These kinds of sales, rather than the sale of dolphin meat, are what fuels the dolphin slaughter in Taiji, Botha explained. “Education is what drives change in the world, and the more people who know, the more who are empowered [to help these dolphins],” Botha said. “They can decide not to buy tickets to dolphinariums and dolphin shows because these businesses are essentially what is driving what is happening in Taiji.”