The 2-week-old calf was sick and starving. Confiscated during an animal neglect investigation, she needed a new home.

When Carly Henry heard about her, she thought she sounded perfect. “I was ready to adopt her,” Henry told The Dodo. “I just really wanted a cow! I’ve heard people say that the love of a cow is the best thing ever.”

Henry runs Carly’s Critter Camp, an animal sanctuary outside of Austin, Texas. She has rescued all sorts of animals who live on her farm, but this calf, being so young, would require constant care. 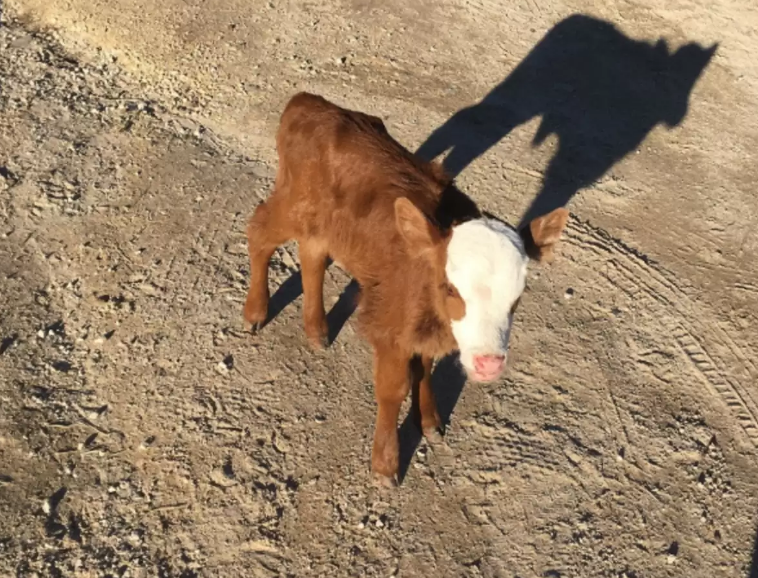 She would need to live in Henry’s home next to the sanctuary, with Henry’s dogs, cats and … her husband.

So that part meant a little convincing. What’s one more four-legged creature in need, right?

“I said to my husband, ‘Hey, look at this baby,’” Henry said. “I showed him a picture of the calf all covered up in blankets at the foster’s house. I said, ‘I really want to take her and bottle-feed her!’” 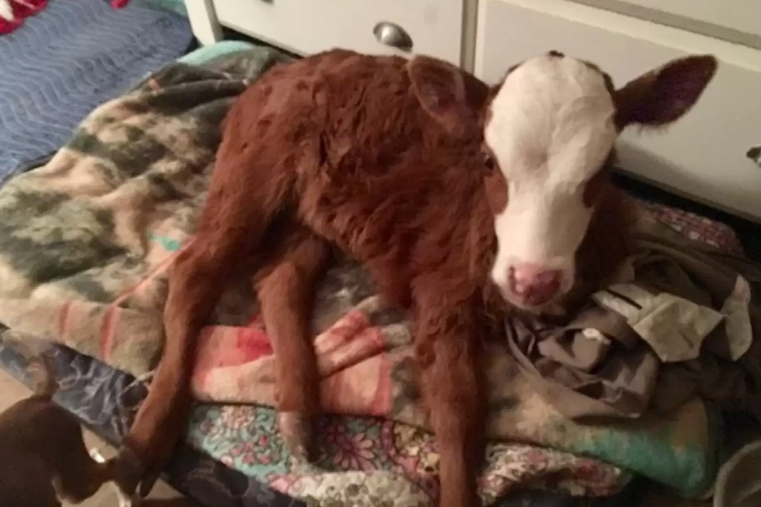 Henry said her husband thought about it for a minute, looked at her and replied, “Oh my goodness, you’re crazy, but OK, let’s do it!”

She was over-the-moon excited. Henry contacted the foster who helped save the calf, and in January made all the arrangements for the adoption.

Henry named her Tulip, and as soon as she arrived, Henry’s husband was sold. “He loved her,” Henry said. “We were all in love within 30 seconds. She was kissing us and loving on us. She loved having behind her ears rubbed.” 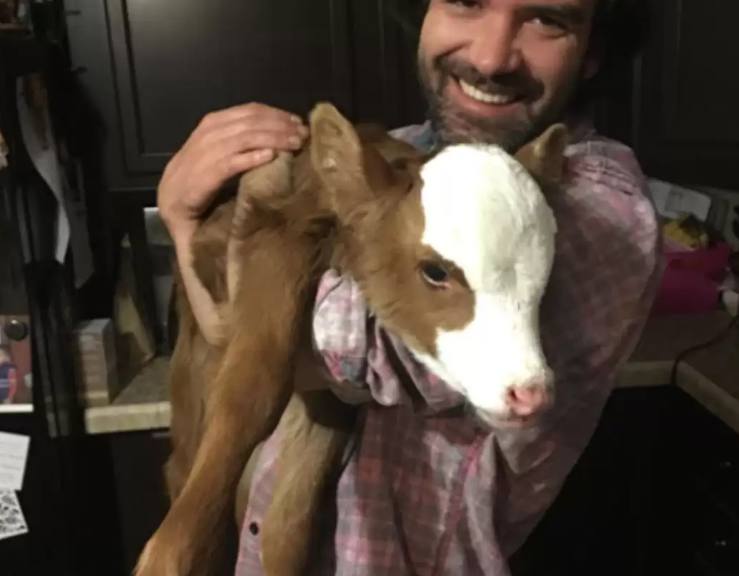 Tulip fit in perfectly with all the other animals in Henry’s home, and Tulip made herself right at home — in the dogs’ beds.

“From the very start she’d come right inside, explore, and she would put herself to sleep right with us in our room,” Henry said.

Tulip tried out every dog bed in Henry’s home, and often just got comfy and nestled with the pooches.

Henry’s husband was quite entertained with the calf’s instant adjustment to home life and their family. He shot a video of Tulip cuddling in one of the beds and you can hear the amusement in his voice: “Just a baby calf in our bedroom …” 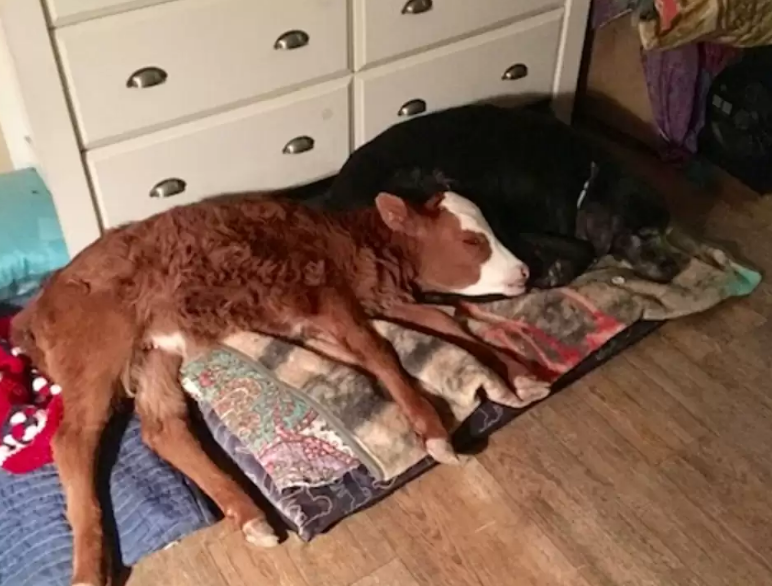 Since Tulip loved the dogs’ beds, Henry bought the calf her own trampoline bed. “It took her a minute and she figured it out, and hung her front paws off the side,” Henry said.

As the months passed, Henry continued to bottle-feed Tulip and give her much love and care. When she was confiscated from her first home, Tulip had been sick with pneumonia — but now she was growing stronger every day. “She’s thriving,” Henry said.

Now Henry is weaning her from the bottle, but Tulip still reminds her when it’s time to eat. “She wants to be fed every few hours. I know because I hear her mooing. I’m on this cow’s schedule,” Henry said. 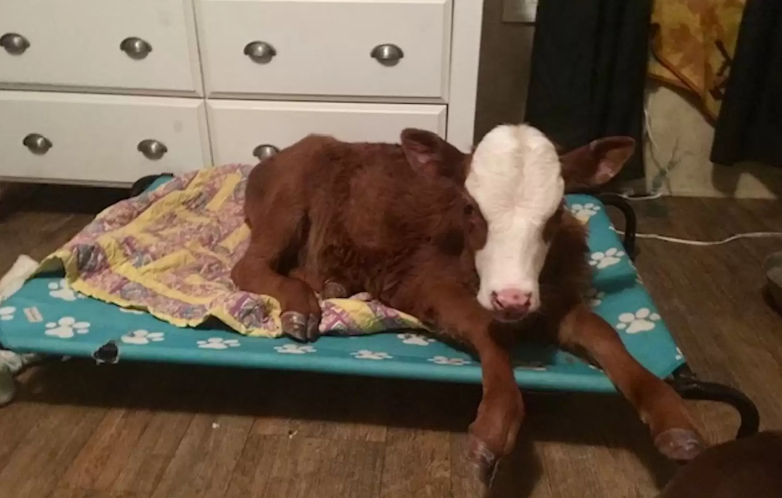 Tulip has become the social butterfly of the farm. She’s made friends with all the other rescued animals.

And Tulip gets quite excited when groups of children visit the sanctuary.

“She’s so good with the kids,” Henry said. “They love on her, they hug her. They’d help bottle-feed her when she was younger, she’s the sweetest thing ever.”

So what does Henry think now about what people told her prior to adopting Tulip — that “the love of a cow is the best thing ever”?

“Oh my gosh, it’s true,” Henry said. “I love her too much, too, too much. She’s bigger, she’s healthy. I was so worried about her when she first came. I love her more than words can say.”