I had never heard of this kind of deer before! A pudu fawn was born at the Queen’s Zoo in New York on May 12, 2015. The tiny baby came into the world weighing less than a pound and standing 6 inches tall!

The pudu is the smallest deer species in the world and is native to Argentina and Chile, where it is an endangered species. Photos of the tiny deer released by the zoo are going viral and I can see why.

A visitor to the zoo took a snapshot of the baby deer roughly 10 days after it was born and posted it to the zoo’s Facebook page. Isn’t he adorable? 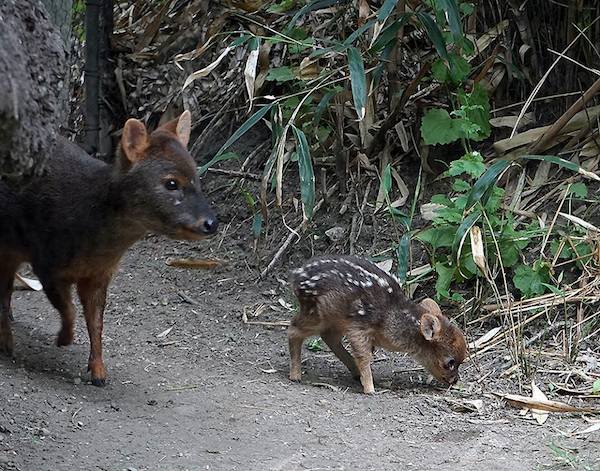 The little critter is still nursing, but starting to eat leaves, kale, and carrots. He will lose the white spots when he grows up, which won’t be too much. Adult pudus grow to around a foot tall.