A tiny pastel-colored puppy named Piglet didn’t have much luck at the beginning of his life. Piglet was born both deaf and blind in a home crowded with 37 other dogs. However, things started looking up for him once he was rescued from the hoarding situation and was placed in a lovely foster home. Right now, piglet lives a happy life with his new owner Melissa Shapiro and is known as a positive role model for children. 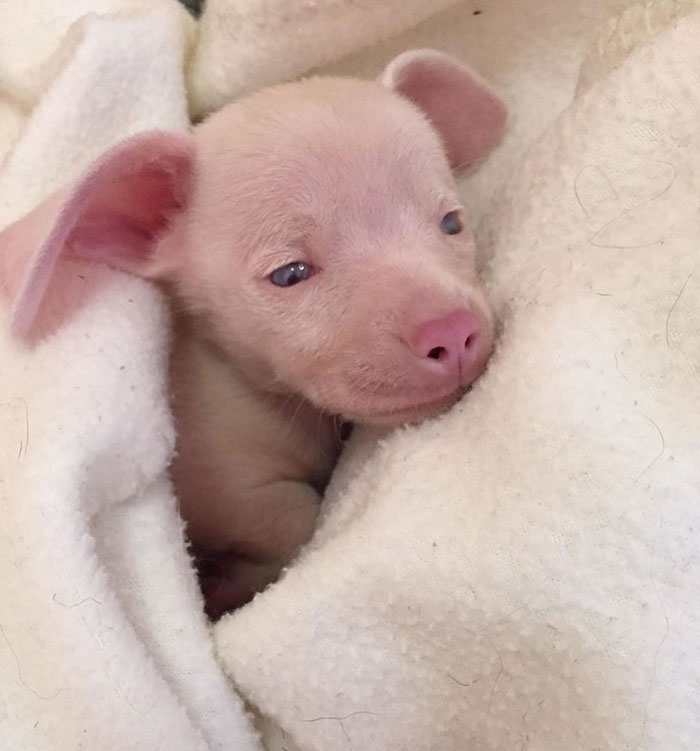 Why is Piglet pink, you may ask. Well, it turns out, this adorable Dachshund Chihuahua mix has two dapple colored parents. Dapple to dapple breeding results in a 25% chance of each puppy being “double dapple”.

This pretty rare occurrence produced an adorable pink puppy, however, the condition is linked to congenital ear and eye defects, which is the reason why Piglet is both blind and deaf.

It’s not an easy task to take care of a disabled puppy, but Shapiro was willing to give him a chance, at least for a few months until he would find a forever home. However, it didn’t take long for the pair to become absolutely inseparable, which led Shapiro to eventually adopt the tiny pup.

“It was quite a decision to make. He is a lot of work and he is like a full-time job, taking care of a little disabled baby. But he’s so cute, and we couldn’t give him away at that point,” Shapiro told People. 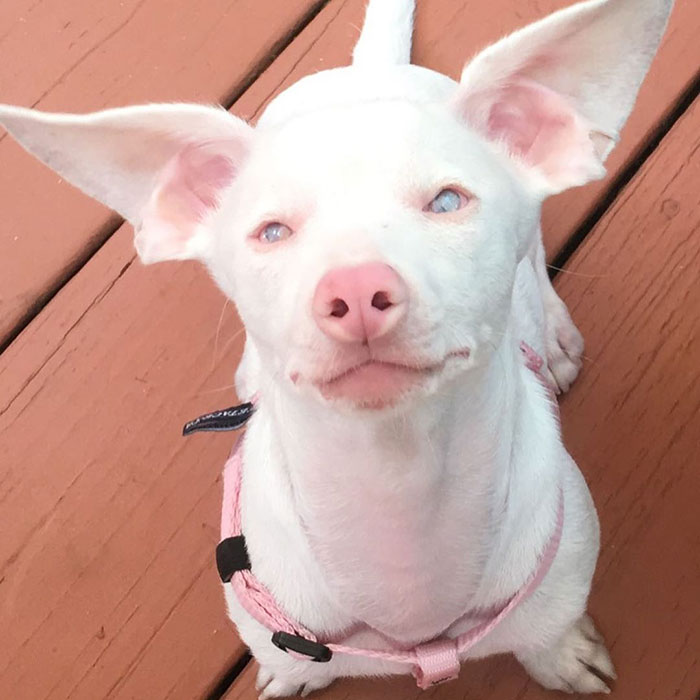 Now Piglet enjoys his new life being well taken care of and surrounded with 6 other canine friends, however his new mom says it took time for him to adjust. “He was so anxious, he was screaming constantly. He would play, then go to sleep, but when he wasn’t doing either of those, he was screaming. I couldn’t leave the house the first month I had the dog here,” Shapiro said.

But Piglet’s story doesn’t end here. It’s evident that the puppy was set to do great things all along. With the help of a third-grade teacher in Plainville, Massachusetts, Piglets’ story is now inspiring kids to overcome their differences and occurring challenges.

“Piglet was so inspiring to the children that they decided as a class to use Piglet as their growth mindset role model and face each day in a ‘Piglet State of Mind’ to grow as students and individuals. When problems arise at home, the children’s parents describe their kids asking, ‘What would Piglet do?’ The students sent beautiful hand-drawn cards with messages to Piglet which left us speechless,” the puppy’s owner wrote on their website. This initiative turned into a program that is now used by other schools around the world. 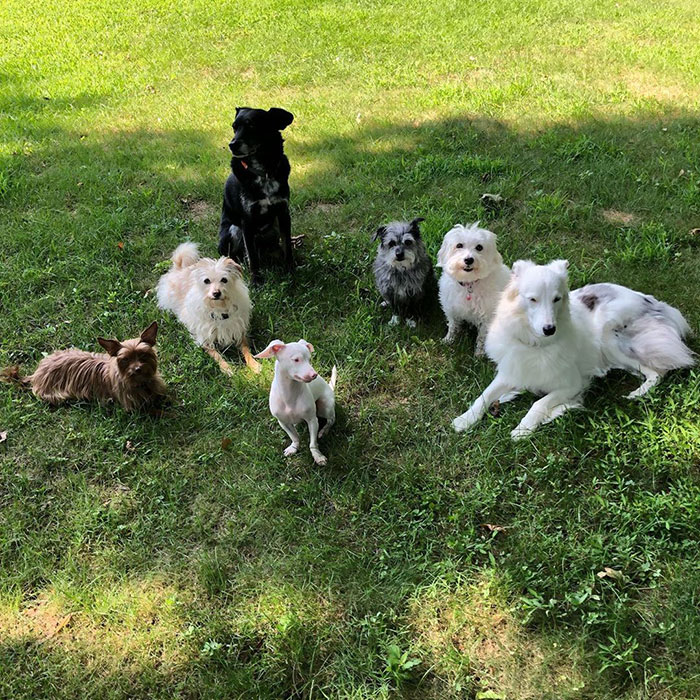 According to the website, Piglet’s story aims to: “Encourage spay and neuter of dogs and cats; educate about the severe consequences of double dapple/merle breeding; inspire and motivate others to adopt special needs pets; facilitate Piglet Mindset outreach to teachers and students; fundraise for special needs dog rescues and other nonprofit organizations; put a smile on faces all around the world”.

It’s clear that Piglet is on a mission and that mission is to change people’s and other dog’s lives for the better!