Enzo is one special dog – and not just because he is adorably cute and impossible to resist. He is also special because of his rare condition called pigmented somatic cell mutation. It doesn’t cause him any health problems – this mutation only led to a black marking appearing on his face. His owner, Ella Castro, told media that: “Golden retrievers are born with a base black coat, with a ‘modifier gene’ that turns them golden. Almost every dog has this modifier. Enzo has a little stumble in his DNA that erased it on that one part of his face.” 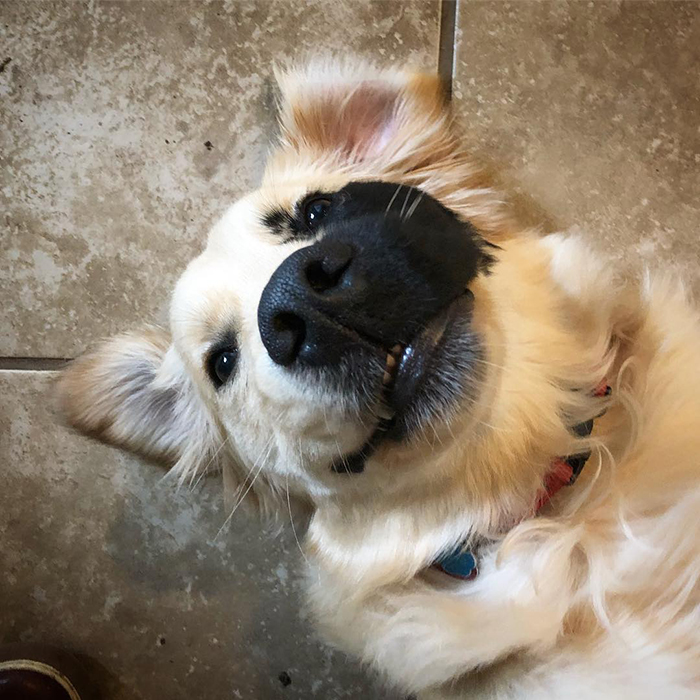 Enzo (who’s full name is Lorenzo deMedici Splotch Viola) is a golden retriever. For this breed of dogs, it is typical to have an even color of fur, which makes this good boy very special. 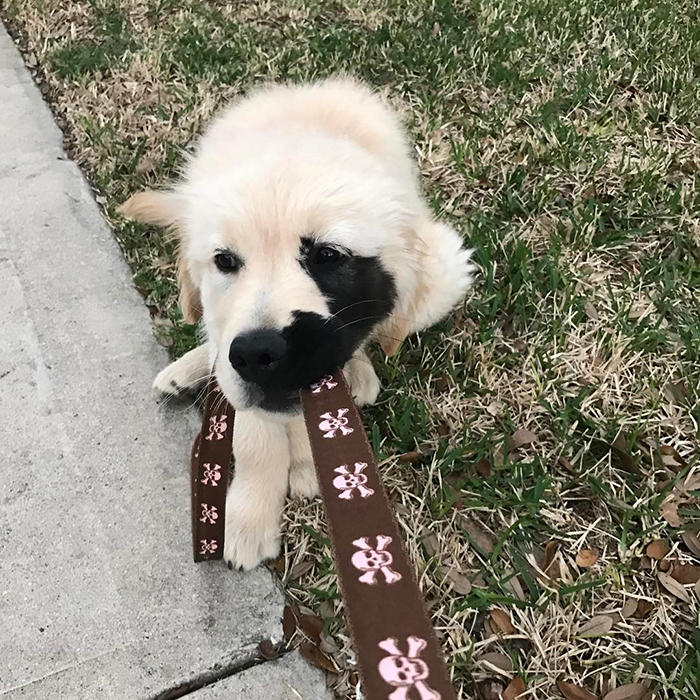 However, it is only his appearance that makes Enzo different from other dogs – like any other good boy he loves to play around in mud

His family describe him as a “very friendly dog”

“He loves to greet joggers and bikers and other dogs, and definitely seems to take personal offense any time anyone is too busy to say hello,” the owner added. 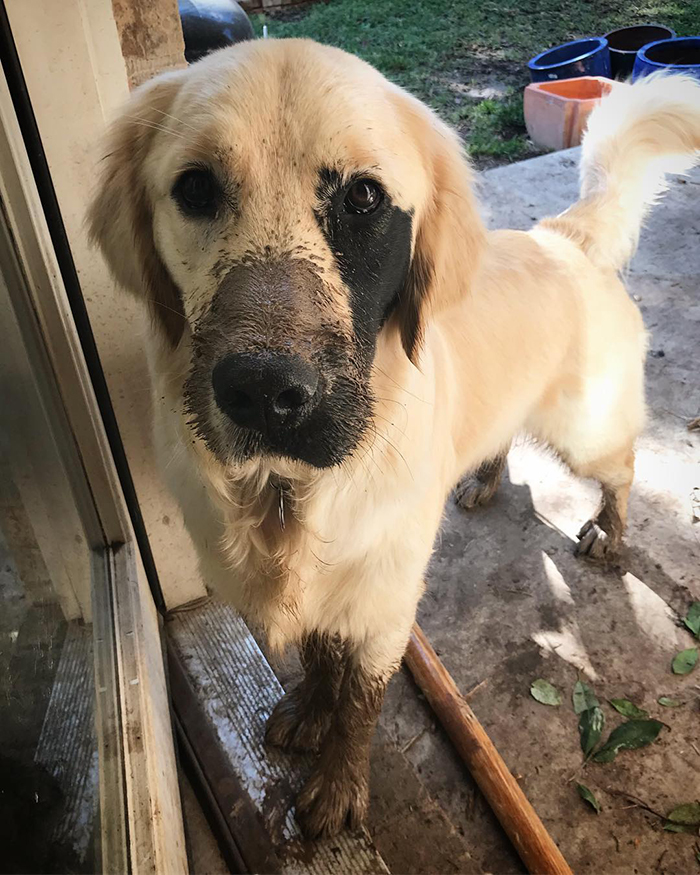