Kristina Hollie and her coworker were waiting for the bus at Harvard Square in Cambridge, Massachusetts, when they spotted an adorable dog running errands with his mom. His mom was getting ready to go into the post office and sadly couldn’t take the pup inside with her. She began to tie him to a tree — and what she did next warmed the hearts of everyone watching.

“It was very cold and windy out,” Hollie told The Dodo. “I noticed that he was visibly shaking. She obviously noticed too because she immediately took off her jacket and covered the dog as he sat. Maybe she thought he would kick it off, so she bent down and zipped it up around him!” 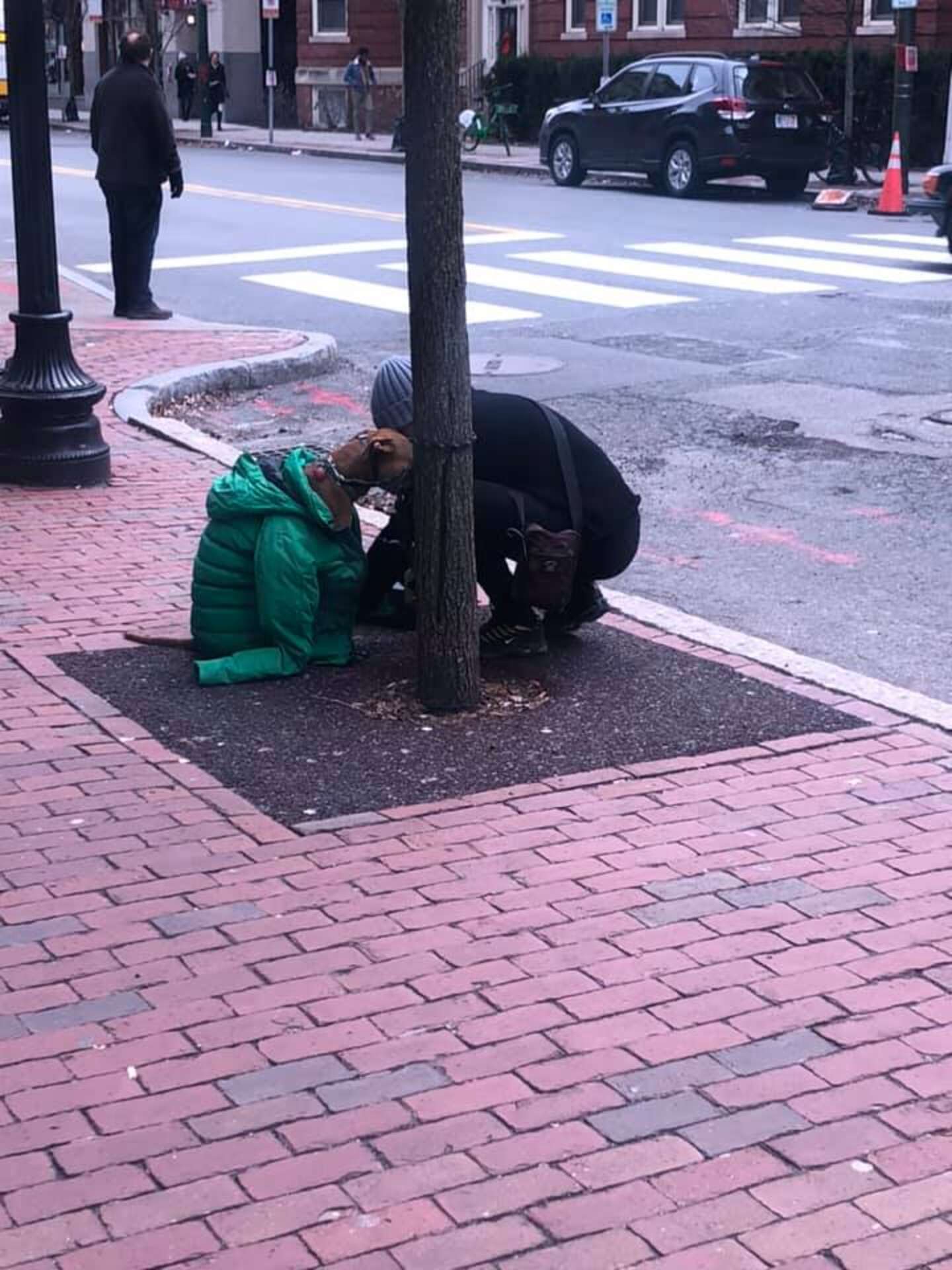 The dog sat completely still as his mom put her jacket around him, so excited to wear something cozy. It was clear that the woman would have taken her dog inside with her if she could — and since she couldn’t, she wanted to make sure he was as comfortable as possible until she got back, even if she was only gone for a few minutes.

“As soon as she got up and walked past me, I told her that what she did was incredibly sweet and thoughtful,” Hollie said. “She just replied, ‘Thank you! I don’t want him to be cold!’” 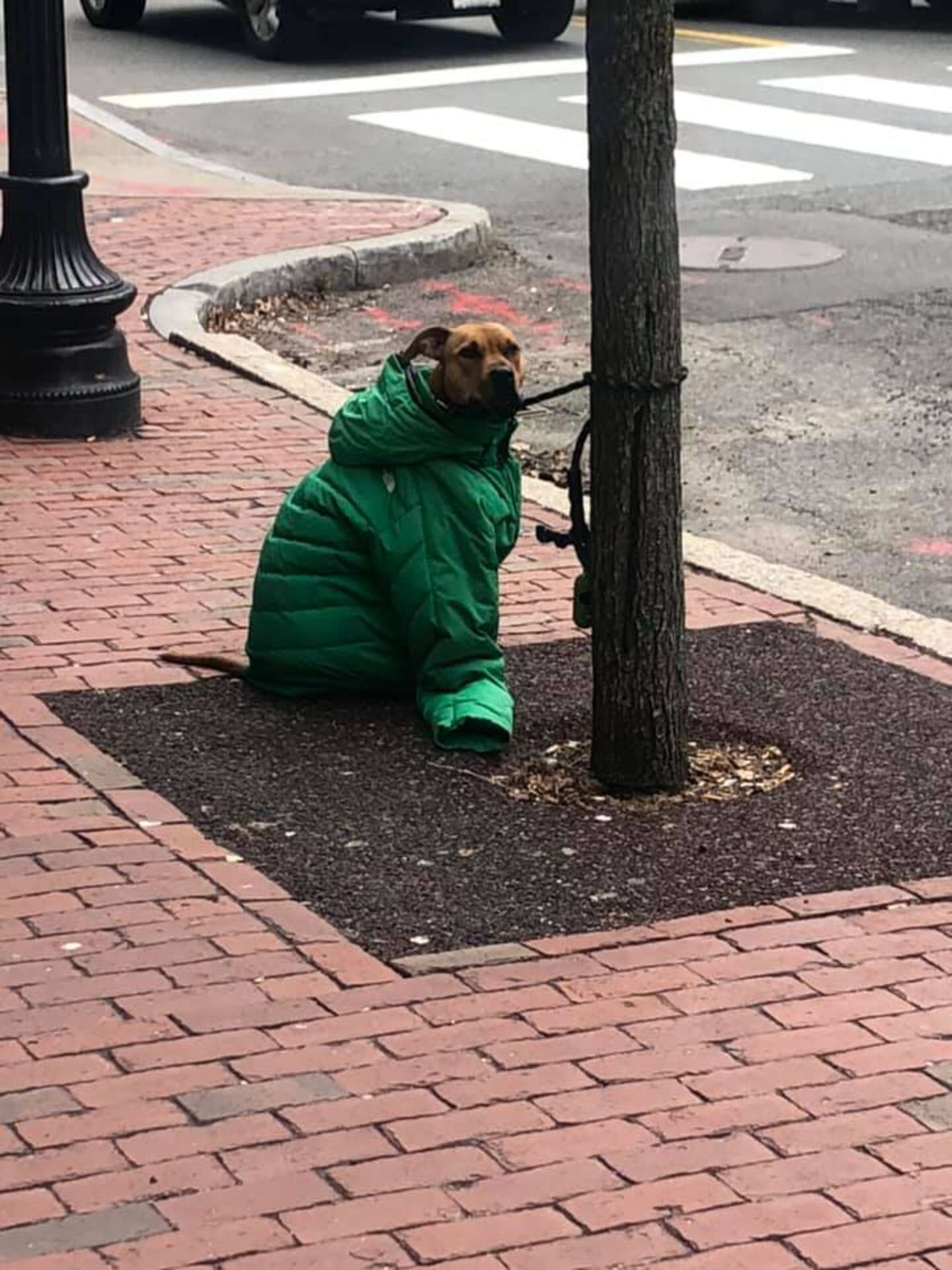 Sitting on the sidewalk in his jacket, the adorable pup got a lot of attention, as people couldn’t resist stopping to take his picture or comment on his comfy jacket.

“I saw two or three other people walk past him and comment that he looked very cute and very warm,” Hollie said. 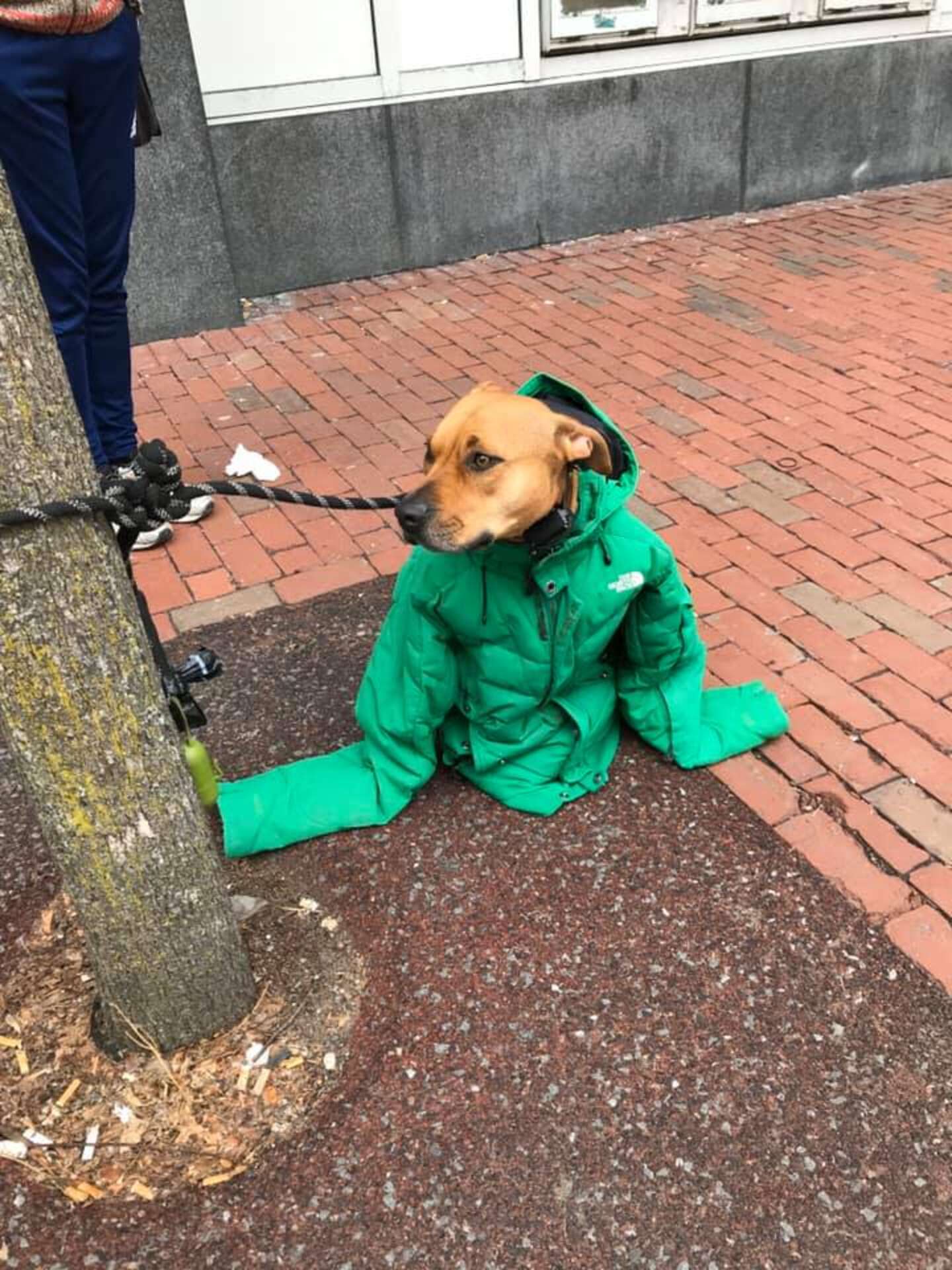 Eventually, Hollie’s bus arrived. As she boarded she looked back at the jacket-clad pup, proudly sitting on the sidewalk in his attire, waiting for his mom who loves him enough to give him the jacket off her own back.