Leilani Wong spotted one day a dog sniffing around her car. Woman was on a road trip in California and was surprised when she saw that dog at the gas station. 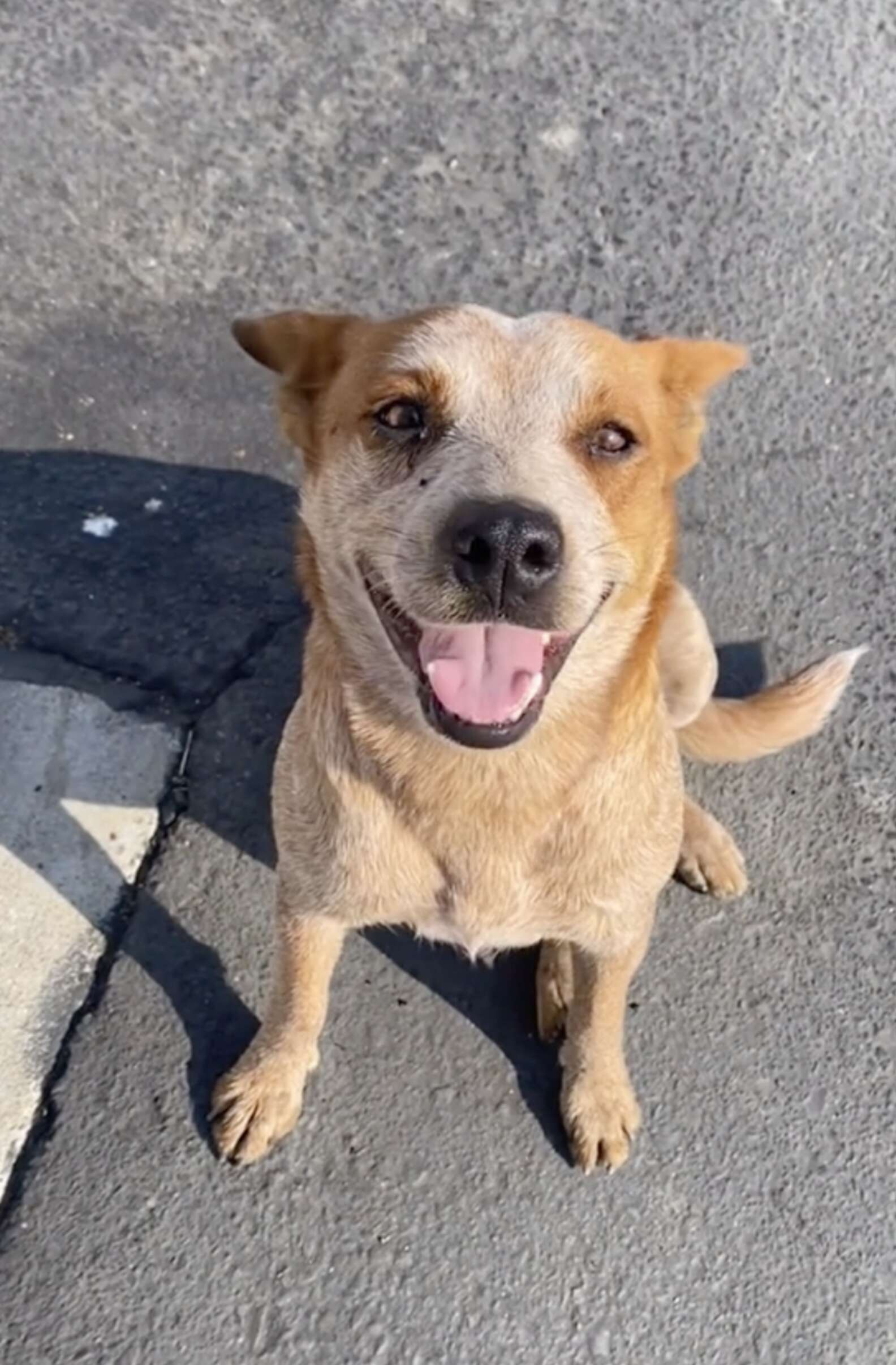 “I saw her walking around the gas station, and she stopped in front of our car and was just staring at me,” Wong told The Dodo. “And I’m hitting my hand on the window, trying to get my husband’s attention, like, ‘Are you seeing this?’ Then she started following my husband around the car.”

It was very hot that day and dog was so thirsty. So Wong decided to feed the pup and to give water.

Later, pup started following Leilani. So she and her husband immediately decided to bring her home.

Also, they named the dog Kaia. 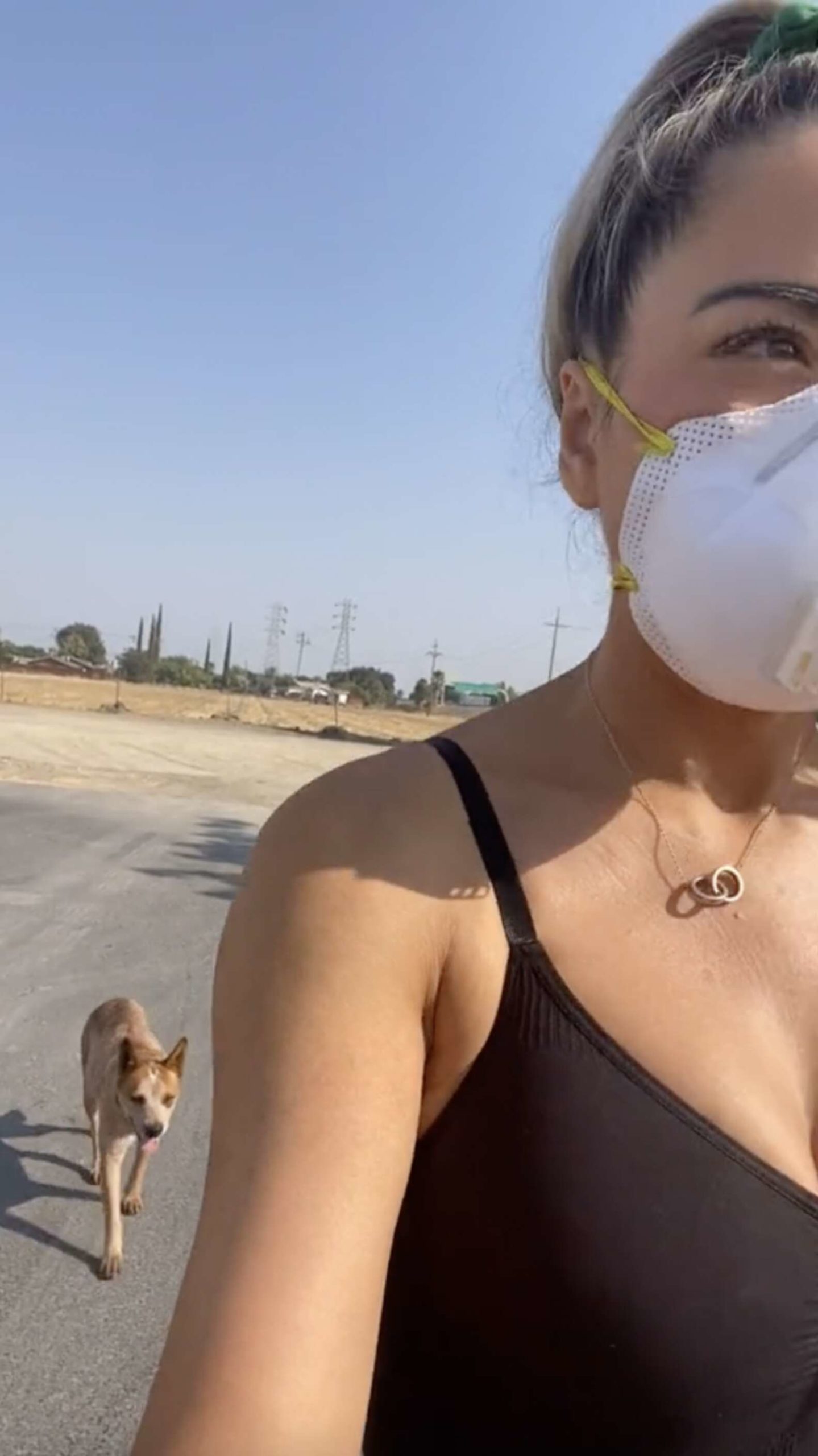 “My husband slept in the car with her the first night, and she was just scared, nervous and timid,” Wong said. “The only thing she would do was eat.”

By the time they returned home to Washington, Kaia was completely attached to her new parents. “She’s like a little magnet,” Wong said.

Dog started vaccinations and now is so healthy and happy. 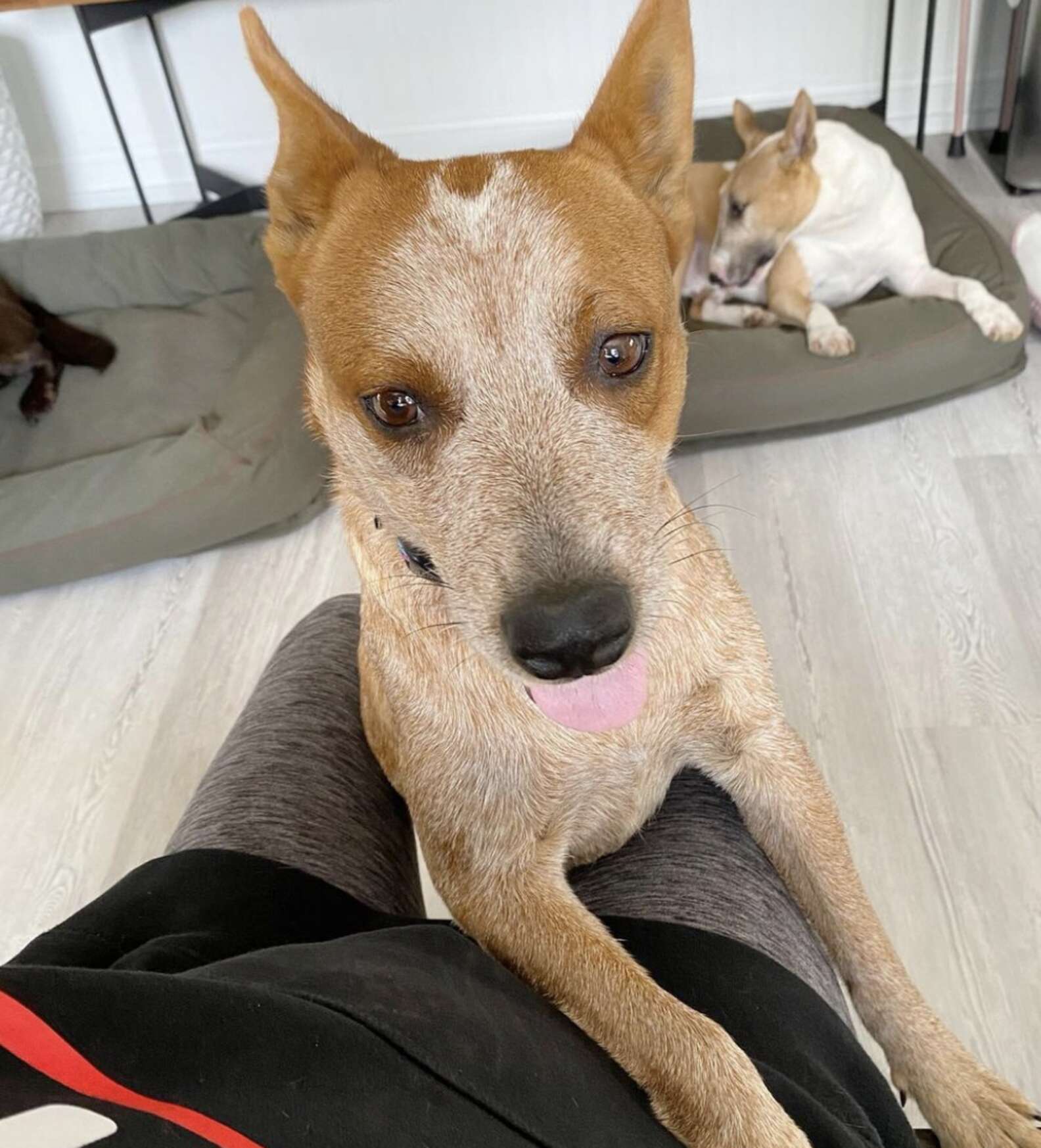 She loves her new family. Also, Kaia is so energetic, lovely and intelligent.

“Her personality at first was very timid, scared, unsure of herself and not confident,” Wong said. “But her personality now is lovey, snuggly, cuddly, attached at your hip. You can’t even go into another room because she’s there with you.”

“I tell people she’s the best dog I’ve ever had,” Wong said. 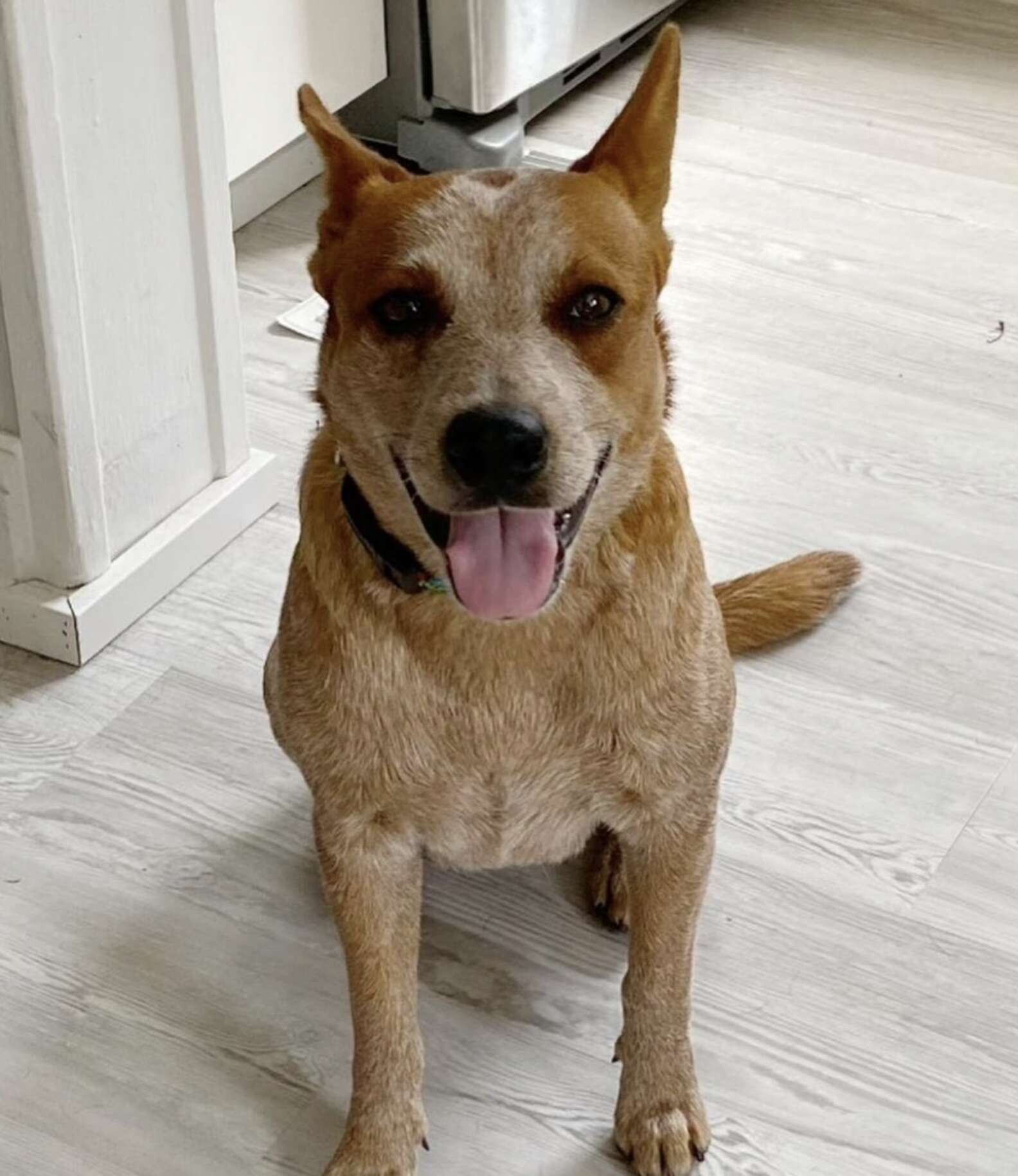 Now they are a beautiful family!