Kiko the baby giraffe was found was found wandering alone in Meru National Park in Kenya by people traveling through the park. They knew the newborn animal needed immediate aid if he was to survive.

After coordinating with the Meru Mobile Veterinary Unit, a rescue team from the David Sheldrick Wildlife Trust (DSWT) was mobilized to get him from Meru Naitonal Park and to their Nairobi Nursery. 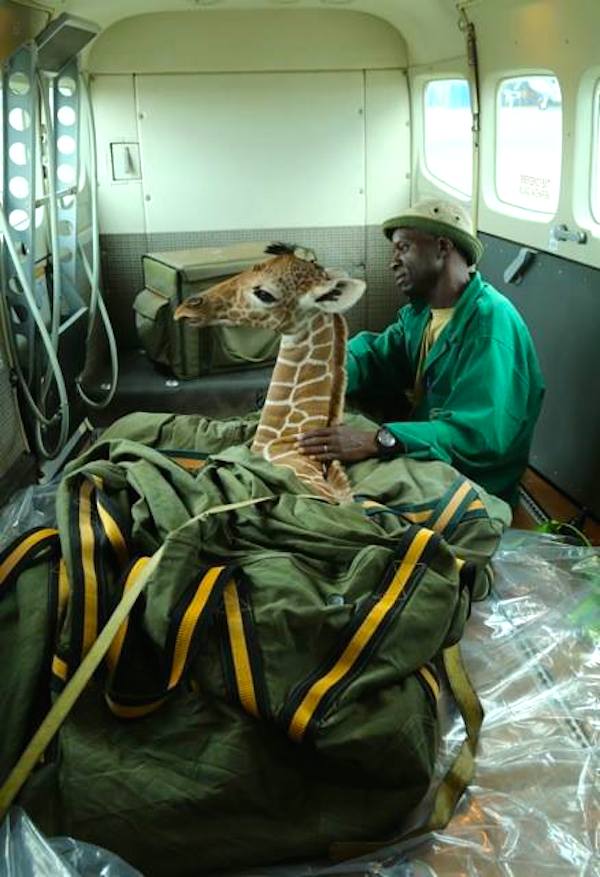 The orphaned giraffe was specially flown to the nursery where he was immediately fed and given the care he needed to survive.

Newborn Kiko is kept in the elephant stockades as he is too small to sleep in the giraffe stockade, which is made for bigger giraffes. He loves his keepers and has made friends with two of the orphaned baby elephants who have recently arrived at DSWT.

The two elephant calves, Weiwei and Loboito love to spend time under Kiko’s belly, resting their trunks on his side and neck, which he is happy for them to do.

Loboito is just 3 weeks old and has grown quite attached to Kiko and follows him around wherever he goes. 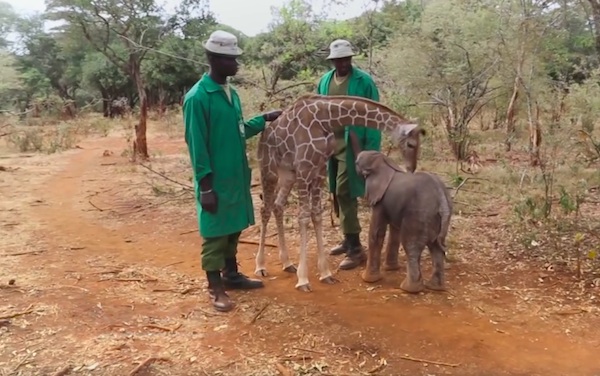