This patient cute kitten has been living in Animal Welfare League for over a year. That’s more than 400 days, and it’s certainly 400 days too long to live without a family, so the animal shelter’s staff came up with a brilliant cat adoption campaign idea.

Champas the stray cat arrived at the Animal Welfare League (NSW, Australia) back in December 2015. He was super shy, hiding in the shelter’s corners and shadows, avoiding the slightest interaction with anyone. 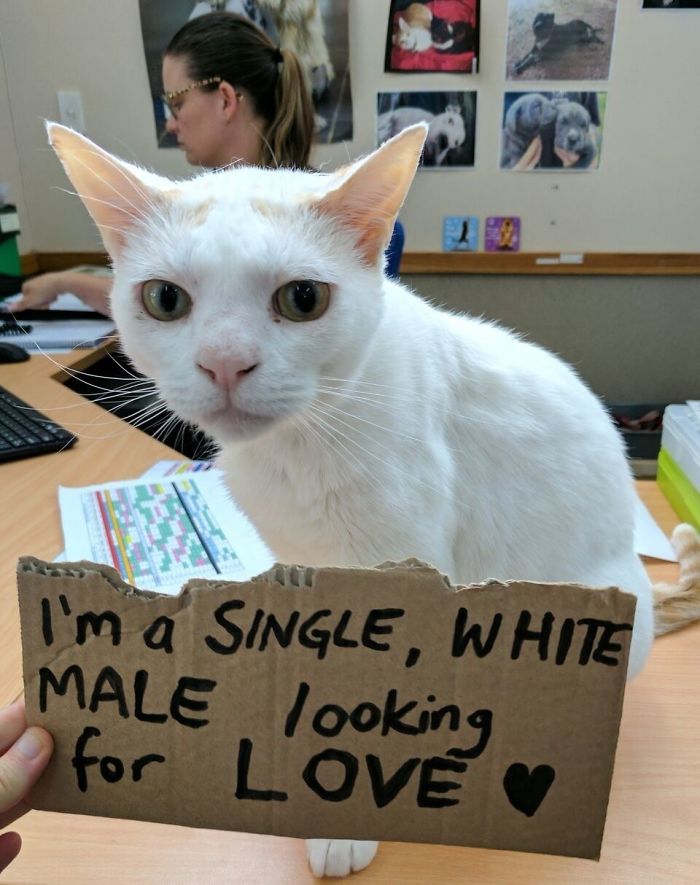 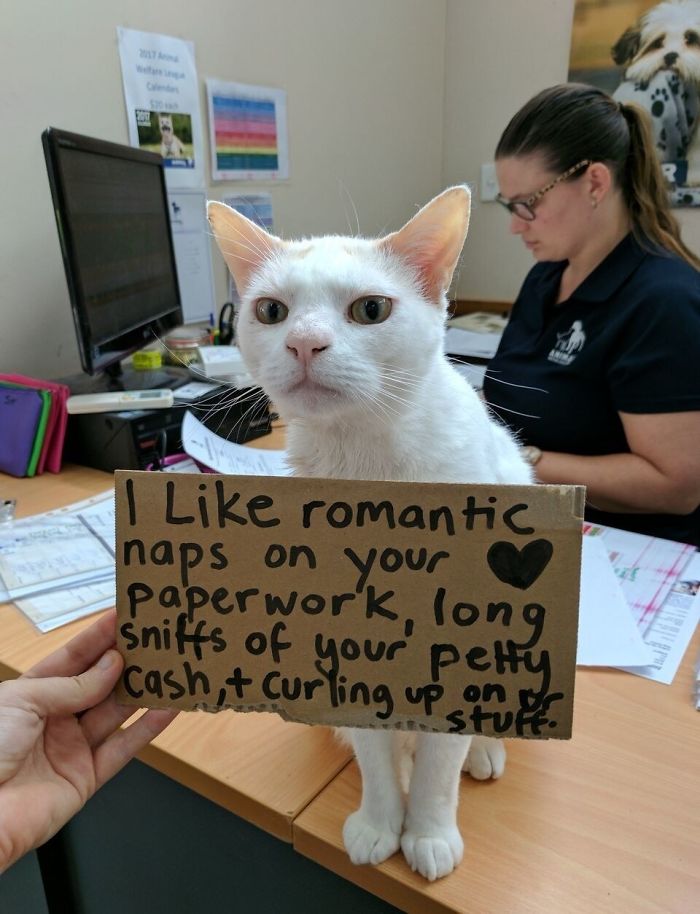 Since then, many of the abandoned animals were adopted, but people kept passing Champas. The staff over at Animal Welfare League decided to boost his adoption chances by making him socialize more, so they assigned the adorable cat as a feline receptionist, working at the front desk. 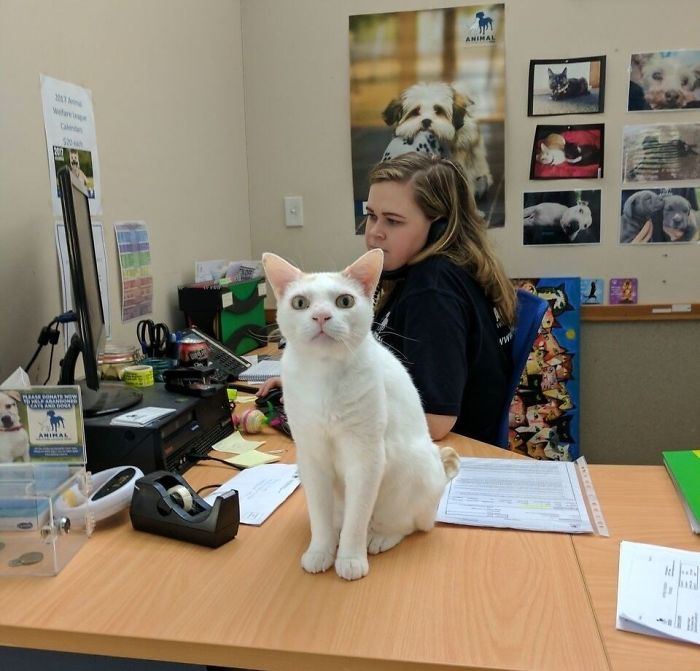 This marked the beginning of a new era. Meeting more and more people, Champas realized not all of them are bad. The kitty grew to love shelter’s visitors and started purring for their attention. Everyone knew Champas was ready to be a family pet. The shelter came up with an adoption campaign for the kitty, and 436 days after his arrival, Champas went home with his new dad, Nathan. “To everyone who is wondering what happened to Champas the long term resident of Kemps Creek – he came home with me today, and after biting my hand, went straight to sleep,” Nathan said via Animals Welfare League. 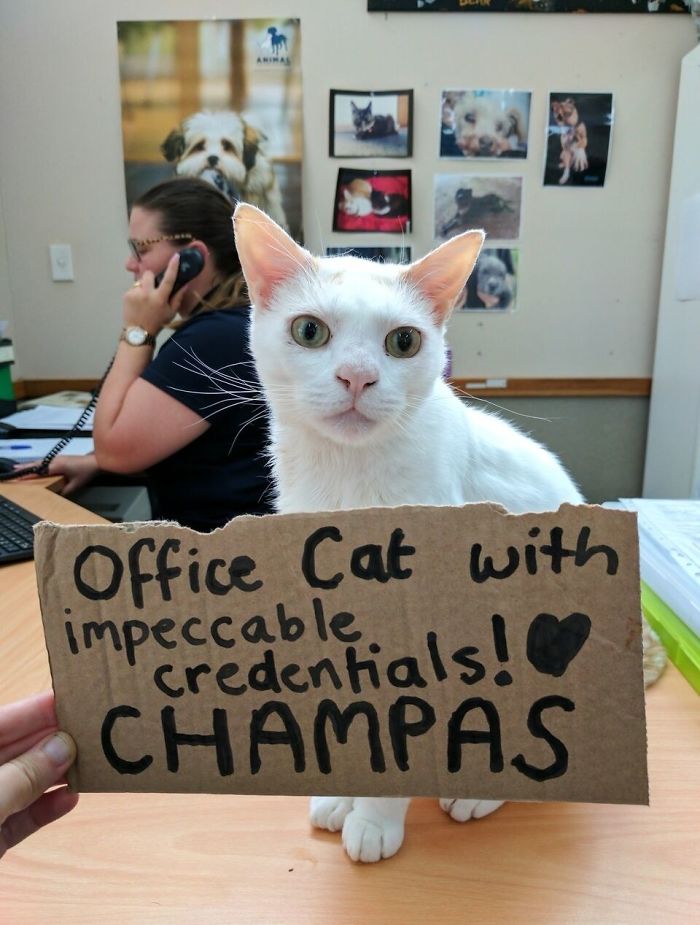