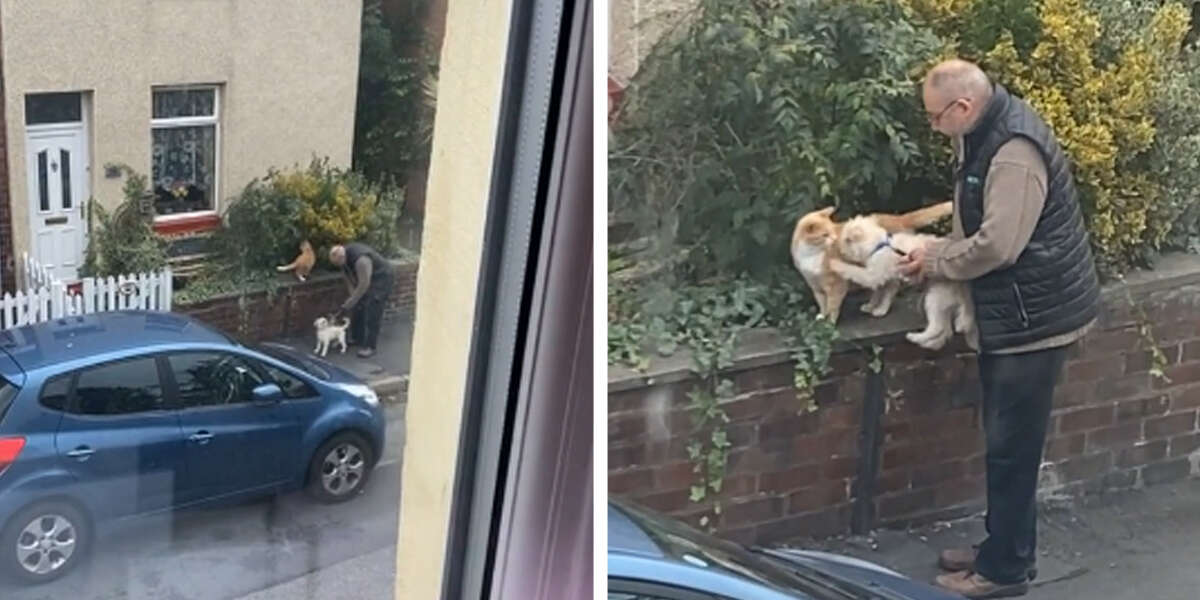 Cheyenne Tyler Berry was doing dishes at home the other day when she noticed something outside the kitchen window that grabbed her eye — and then stole her heart.

An older guy and his small dog were happily strolling along the sidewalk. They appeared to be going for a stroll.

But, while Berry watched from afar, they quickly became friends.

The dog, who seemed delighted, was the first thing Berry observed from her window.

Berry told The Dodo, “He was leaping and becoming thrilled.”

When she stepped closer to get a better look, she saw that the pup’s keen curiosity had been piqued by her neighbor’s orange cat, George, who was perched on a tiny wall.

Instead of nudging the dog away, his owner did the exact opposite. To make friends with George, he hoisted the dog up.

Here’s a video of that moment:

For the two dogs out enjoying their day, the encounter was fleeting, but the delicate exchange of delight is something Berry will never forget.

“It made me cry since I was astonished I got to experience such a lovely moment in person,” Berry stated in an online post, describing her emotions: “Since then, I haven’t stopped grinning.”