Early in November, a couple noticed an unfamiliar dog roaming the streets of South Texas neighborhood. Weak, severely malnourished, with skin ravaged by mange, the pup was dire need of help. The couple tried to coax her for a while, but the poor pooch was too scared and refused to be caught. Ana, as she was named later, finally found help a week later and she was immediately taken to the vet’s office. Looking past the horrible scabs, the people who rescued her find out that she’s only about a year or two old. As her health was in an extremely poor condition, Ana’s chances were very low, and even the founder of Rescue Dogs Rock NYC, Stacey Silverstein, didn’t raise her hopes up. 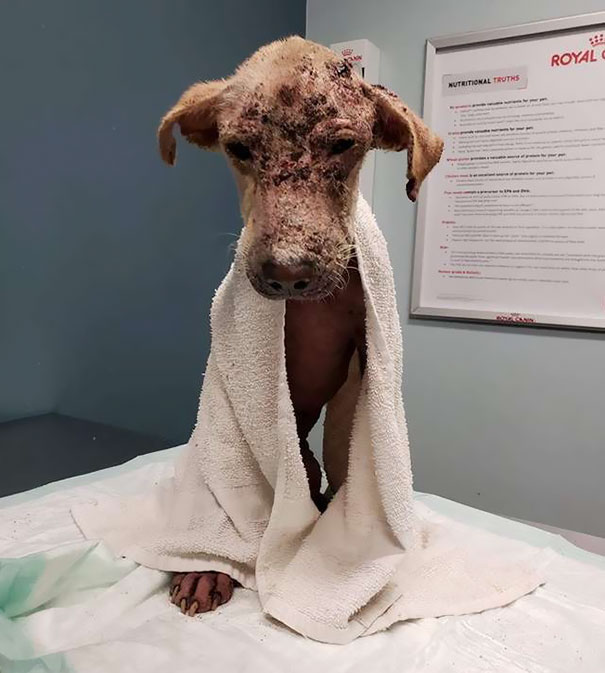 “This poor girl was in really bad shape when we got to her…she was very emaciated, her skin and eyes infected, and her spirit diminished.” Rescue Dogs Rock NYC representative reported.

“She had severe mange and her skin was raw. You couldn’t tell her breed, and you could barely tell anything about her except that she lived through a lot of neglect.” Leslie Ysuhuaylas, a Texas-based volunteer told Bored Panda. With such terrible damage to her health and the neglect she had endured, it was no wonder that Ana was shy and reluctant. 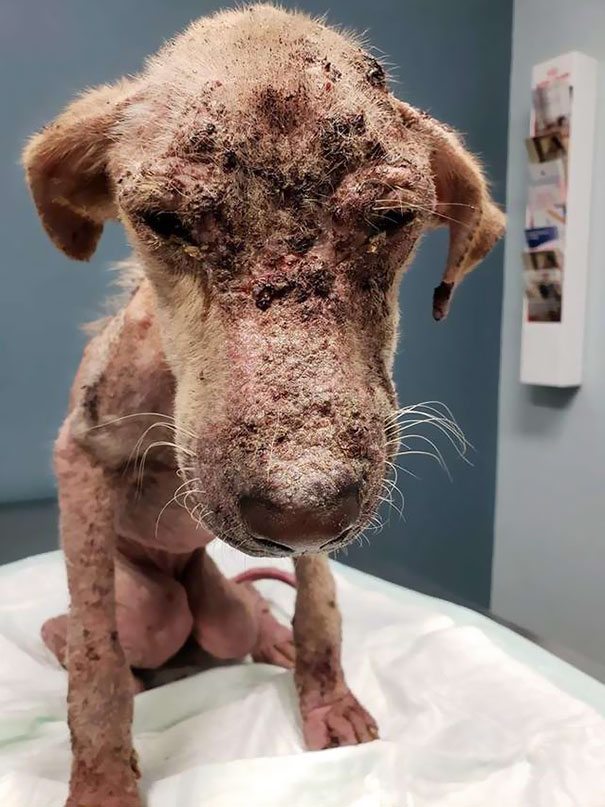 Though despite all odds and shaky prognosis, Ana clung to life with her poor raw paws and soon proved everyone who had doubts wrong. The dog bounced back like nothing ever happened. Once her ailments were treated and she had people who took care of her, the days of neglect and apathy from humans were quickly forgotten.

“After just a few weeks of medical care and TLC from vet staff and her foster, Ana is feeling so much better and looking amazing!! Her hair has come back in full force and she has transformed into a happy and playful girl!” the page for Ana’s adoption explained. 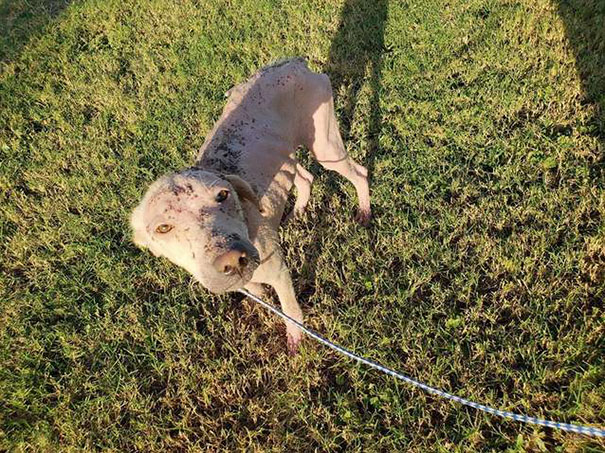 Ana came out of her shell to blossom into a beautiful young pup. With her fur finally growing back, her rescuers eventually determined that she’s a Labrador Retriever mix. The representatives from RDRNYC wish her all the best, saying “after what Ana has endure, she is so deserving of the most amazing forever home. We can’t wait to see her spoiled and loved unconditionally! She is adorable, sweet, and friendly with people of all ages and other dogs”

As Ana’s in good health and has undergone treatment, she’s being moved from Texas to New York, where Rescue Dogs Rock NYC will be putting her up for adoption to, hopefully, quickly find the pooch a forever home. 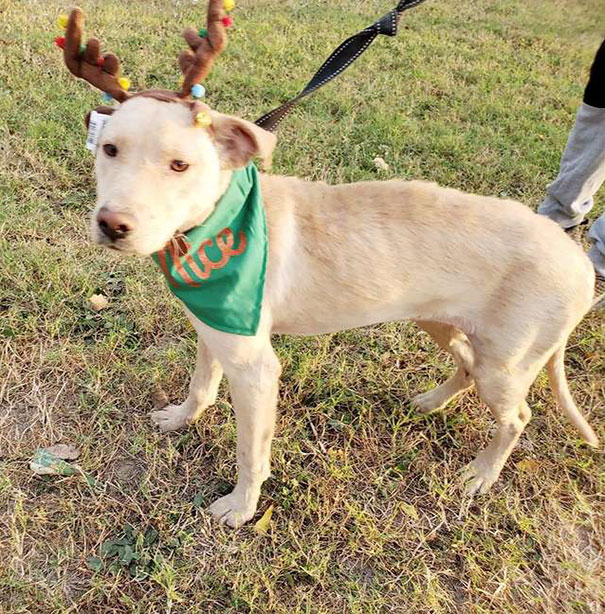