This poor little kangaroo was found in his dead mother’s pouch after she was hit by a truck. It was then taken to Cue Police Station and named Cuejo. But this kangaroo’s problems didn’t end there: while recovering, the orphan was attacked by a vicious Wedge-tailed Eagle. However, constable Mason rushed after the predator which had landed a short distance away. Another eagle joined the action, but Scott scared them away and brought Cuejo back. Now the baby kangaroo continues his recovery with his saviour until he can return back to the wild. Meanwhile, it thinks the cop is his mother and uses his shirt as a pouch! 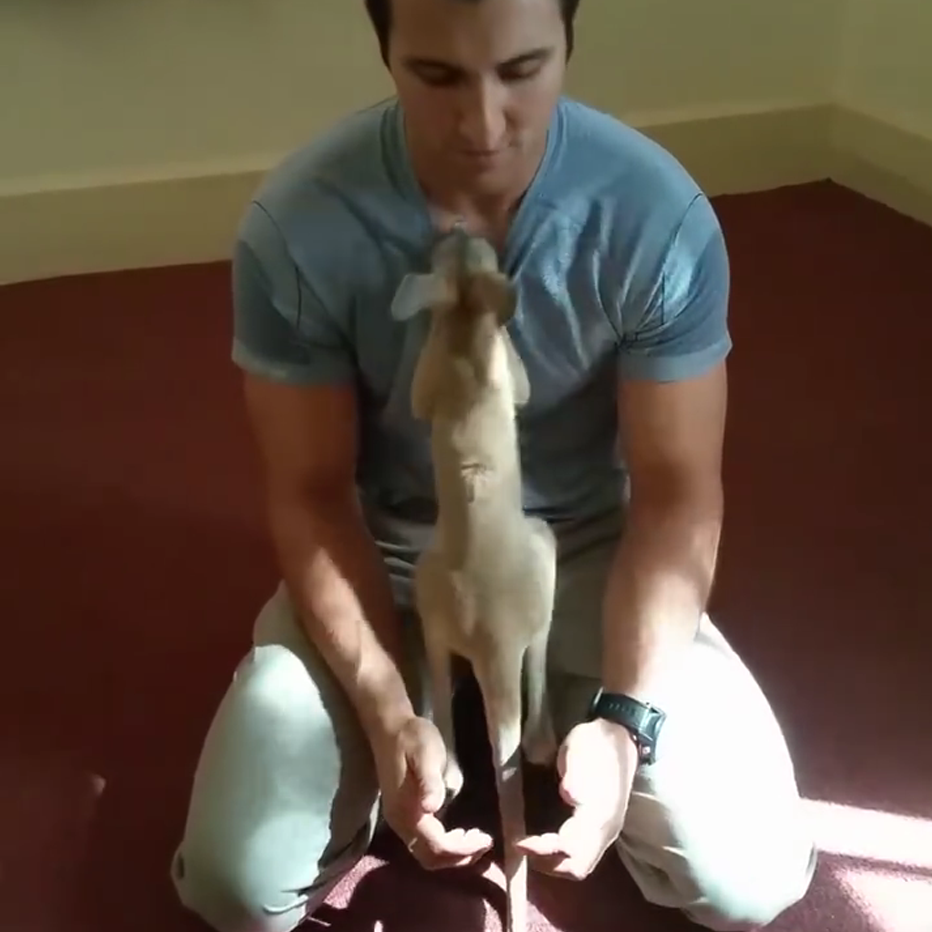 UPDATE: Cuejo has been returned to the wild! Recently he and officer Mason said their goodbyes and now the two continue their lives separately. 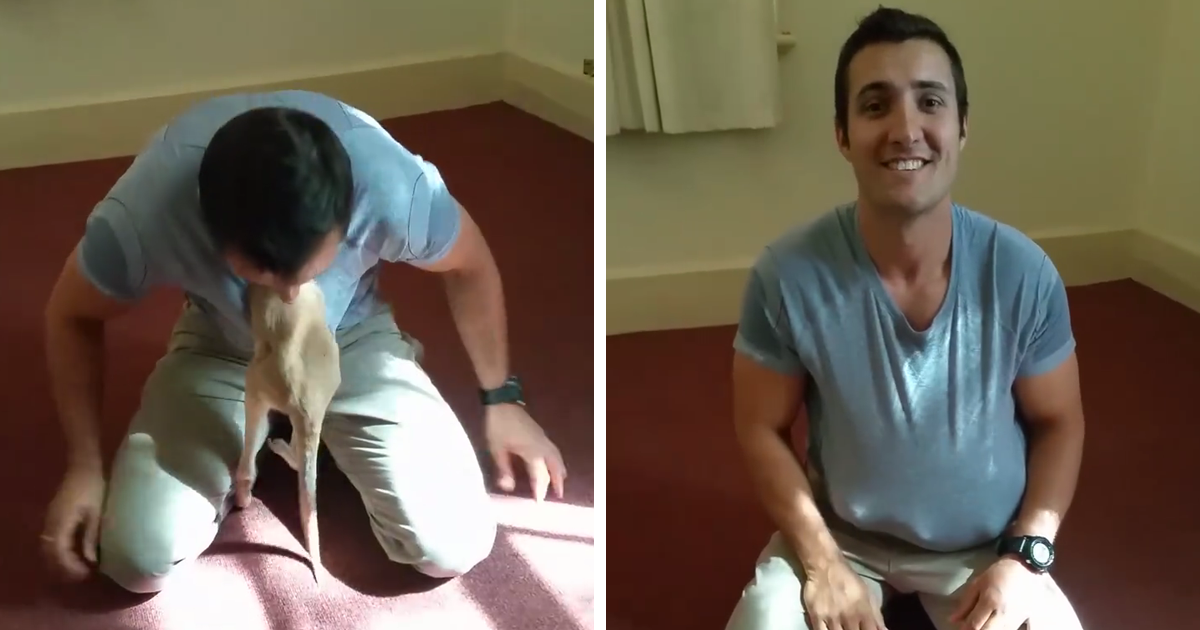