Wildlife documentaries are intense, probably because you know anything can happen. And this one will definitely have your blood rushing as well. Recently, BBC Earth has shared a clip from their documentary series, Dynasties, and it shows a lion named Red, finding himself surrounded by a pack of over twenty blood-thirsty hyenas. As Red tries to growl and fend off the hungry pack, the hyenas cackle, paw and bite at him in an attempt to wear him down. Scroll down to check out how the intense battle ended. 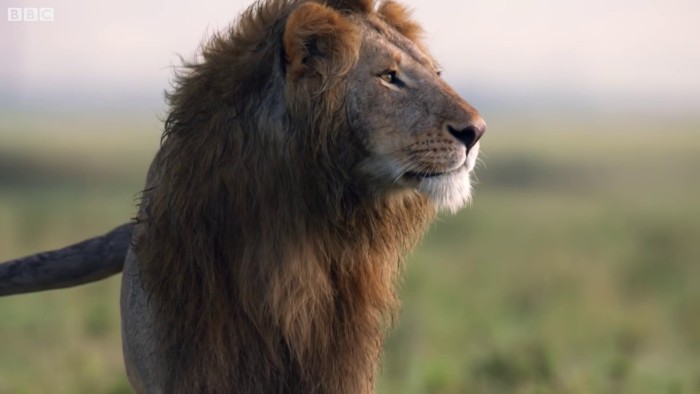 “As they mature, young males begin to explore the boundaries of the pride’s territory.” – the narrator explains 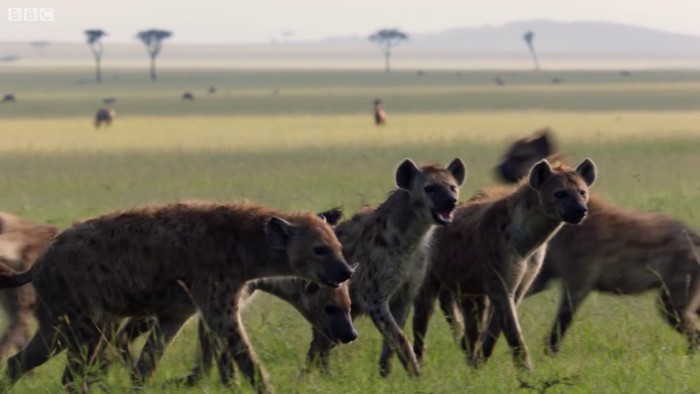 “Red has ventured out alone. And blundered straight into the middle of the hyena town.” 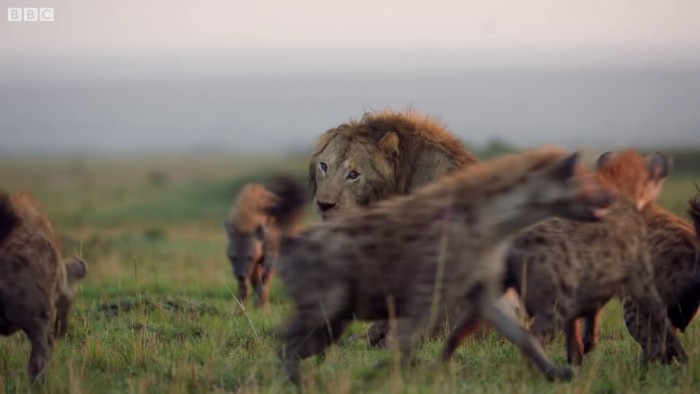 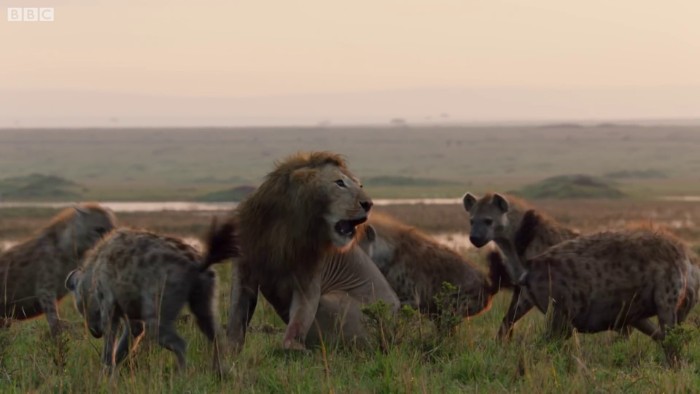 “The pack tries to wear him down. this number of hyenas could kill him.” 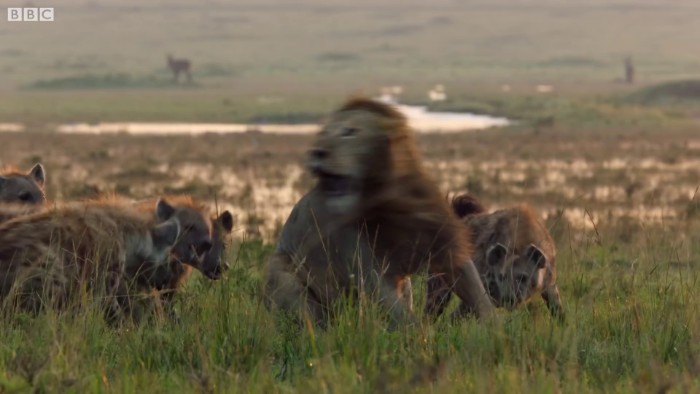 “It’s impossible to fight them all at once. He can’t keep them at bay for much longer. He is tiring fast.” 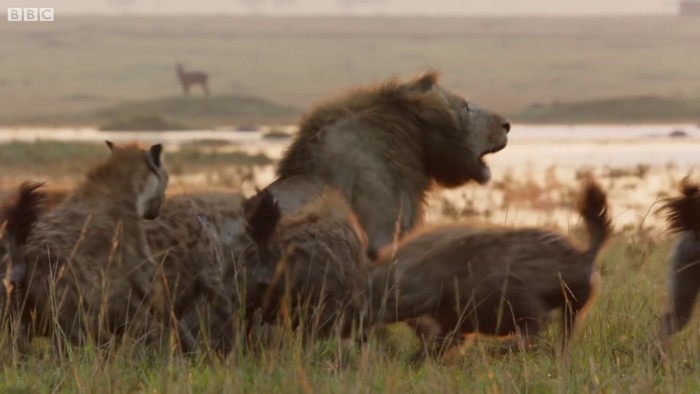