Patsy has been with her family for five years and has established a number of favorite pastimes throughout that time. To mention a few things, she enjoys getting goodies at Mom’s office, meeting newborns, hiking, and ice cream outings. When she’s done with all of that and simply wants to hang out at home, her second favorite pastime is napping on the deck.

“She’s a goddess of the sun. Patsy’s mother, Margot Hoeflinger, told The Dodo, “With my husband working from home via COVID, she often joins him outdoors on our back porch for moral support.” “We have lots of indoor and outdoor dog beds, but the warm deck, in her perspective, is unbeatable.” 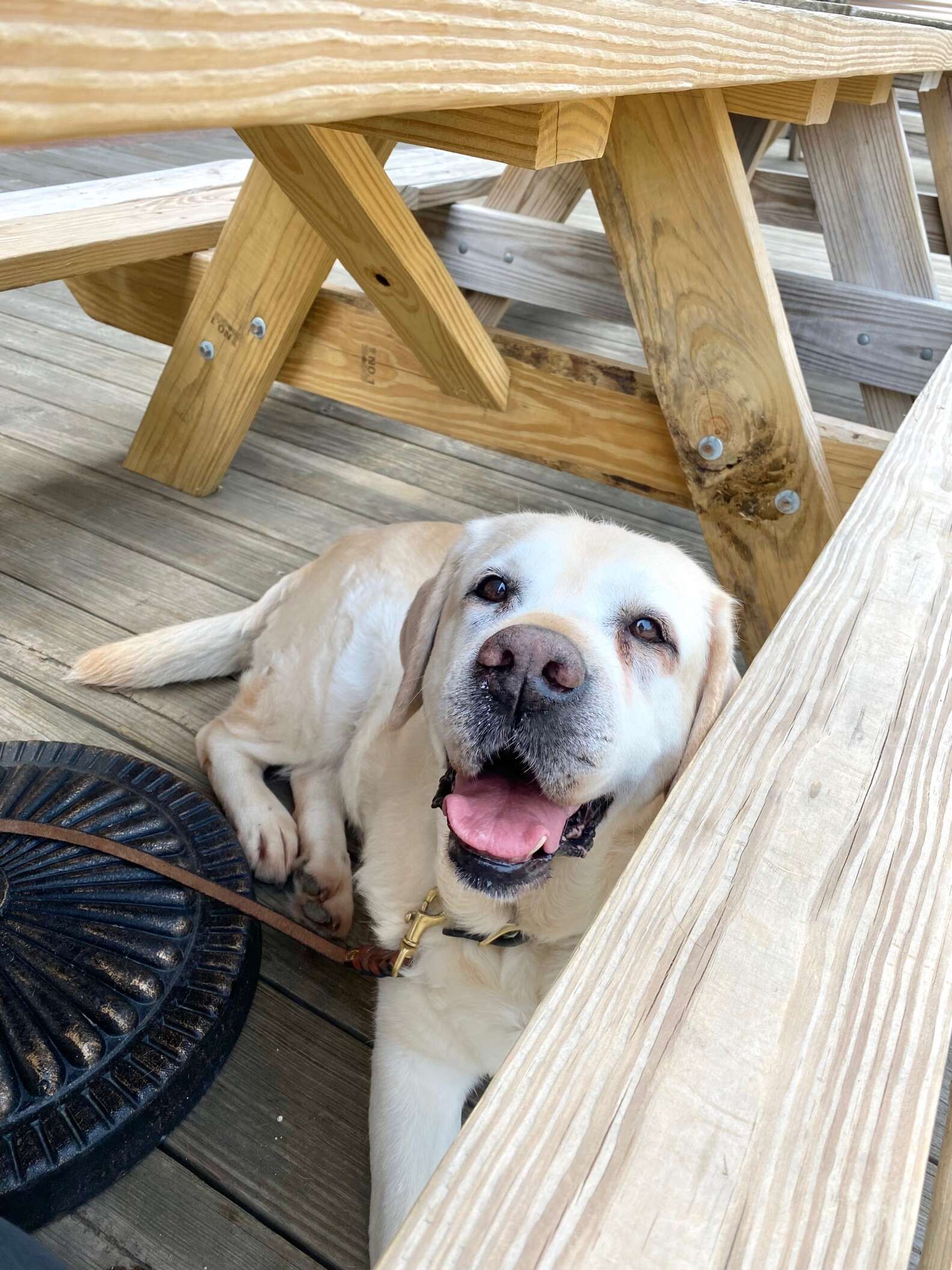 Patsy was resting on the deck as usual one afternoon when it began to rain. Her parents raced into the house to avoid getting too wet, but Patsy didn’t seem to mind.

“We jokingly refer to her as our queen since she spends all of her time resting and can’t be bothered to get up — not even for a rainstorm,” Hoeflinger added. “We were out in the yard working when we ran for shelter and saw she had no desire to get up and out of the rain.” 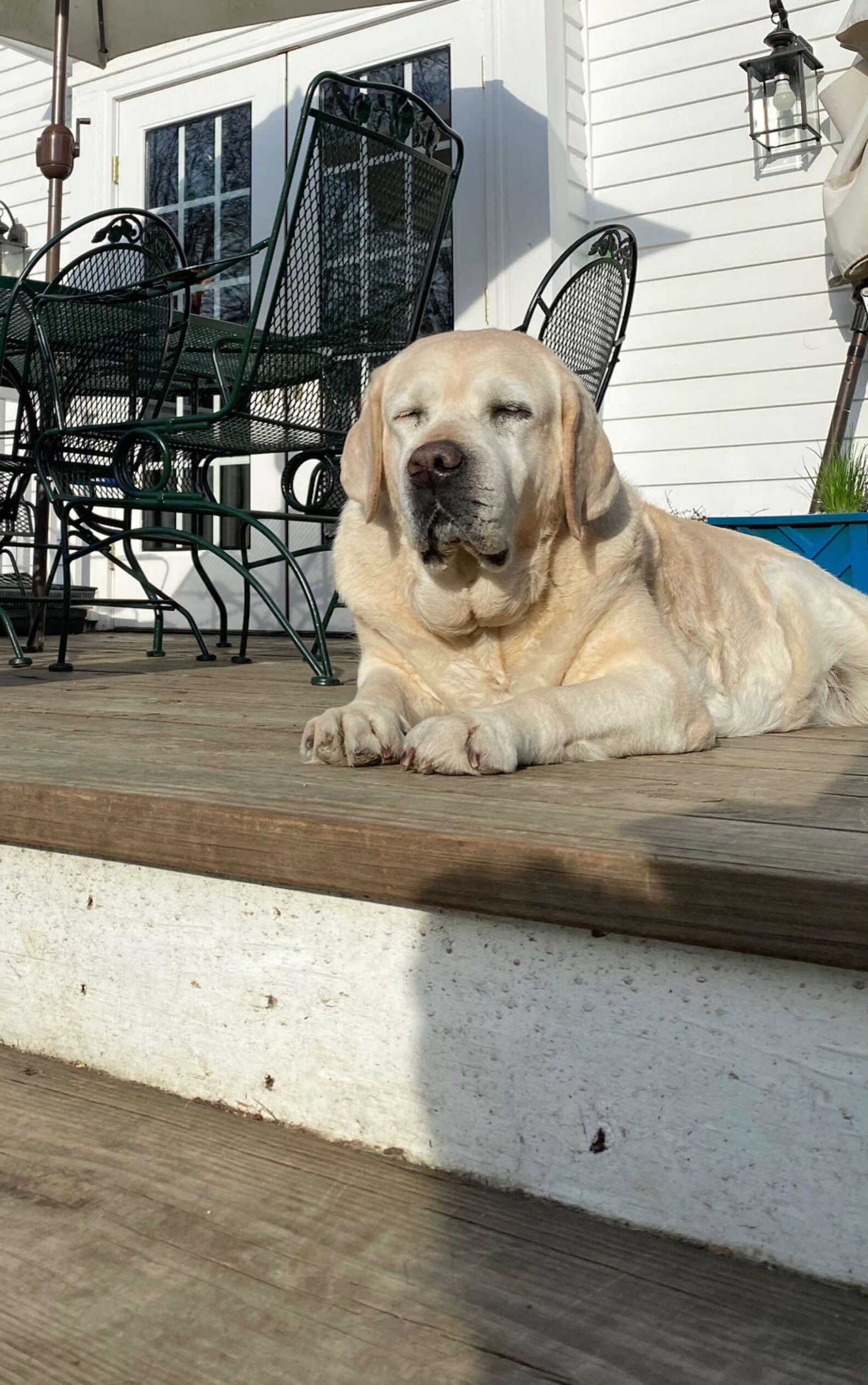 Patsy’s parents repeatedly yelled for her to come inside. She eventually got up, and it was then that her parents discovered the cute dog-shaped imprint she’d left behind.

Patsy’s fluffy body kept the deck below her dry while the rain fell on and around her. When she got up, it appeared as if she had given birth to a twin, and her parents couldn’t stop laughing. 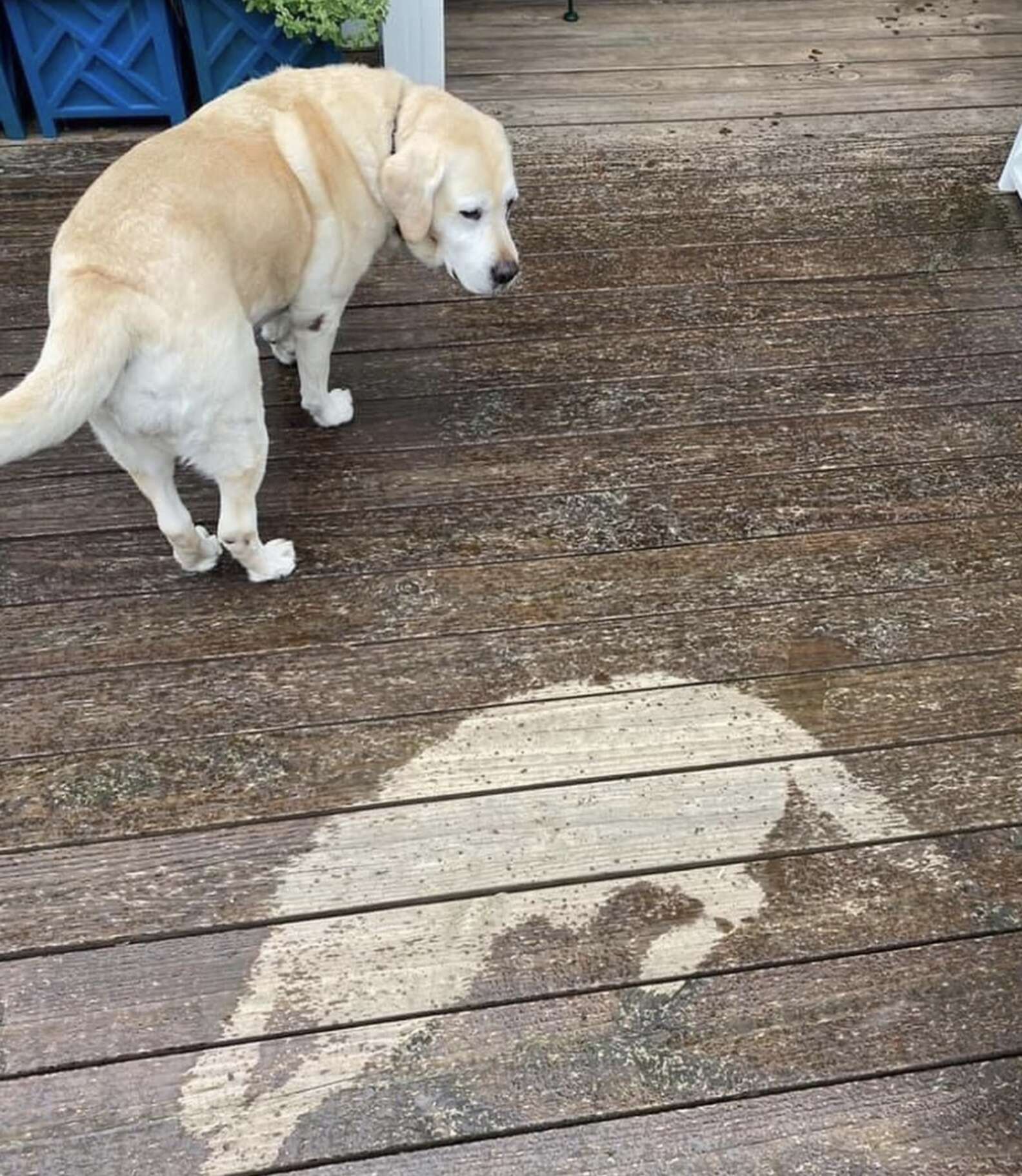 Patsy, as usual, was unconcerned — she was primarily perplexed as to why she had to get up in the first place. A little rain, after all, never harmed anyone. In this situation, it even resulted in the creation of art.