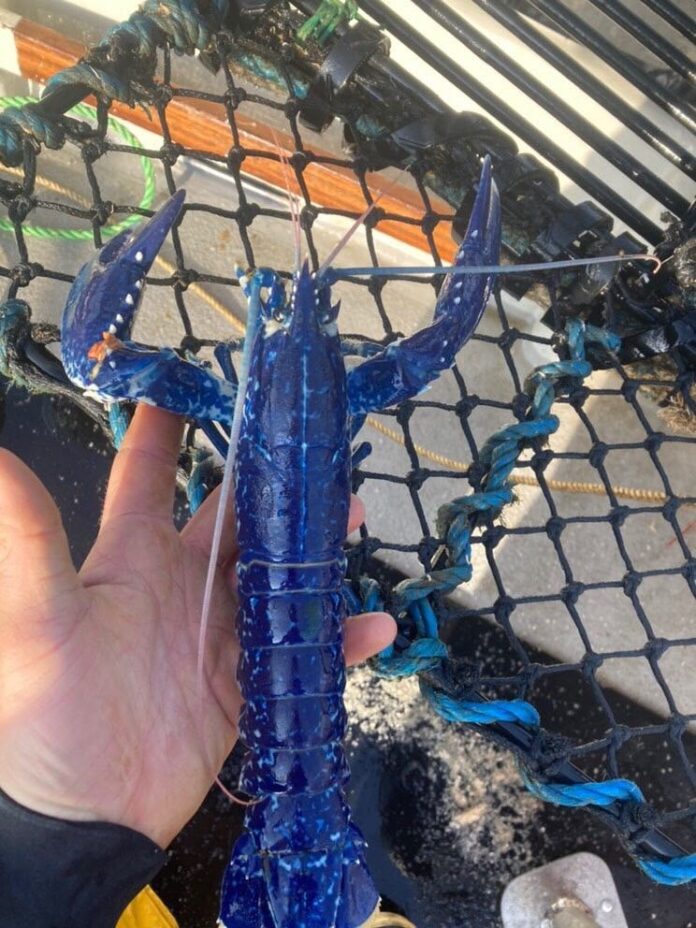 Tom Lambourn was lobster fishing off the coast of Penzance when he snagged a strange-looking critter in his pot. He snapped the uncommon blue lobster after identifying it. He then returned him to the sea to allow him to continue developing because he was “too little to bring into land.”

Tom feels himself extraordinarily fortunate because this was his second fishing season. After measuring him, it was clear that he was underweight. As a result, Tom chose not to keep him.

Tom then forwarded the photos to the National Hatchery, which informed him that lobsters of this hue are one in every two million.

The color pigmentation in the shells of blue lobsters is different. Making it difficult for them to hide, resulting in them being easy prey. 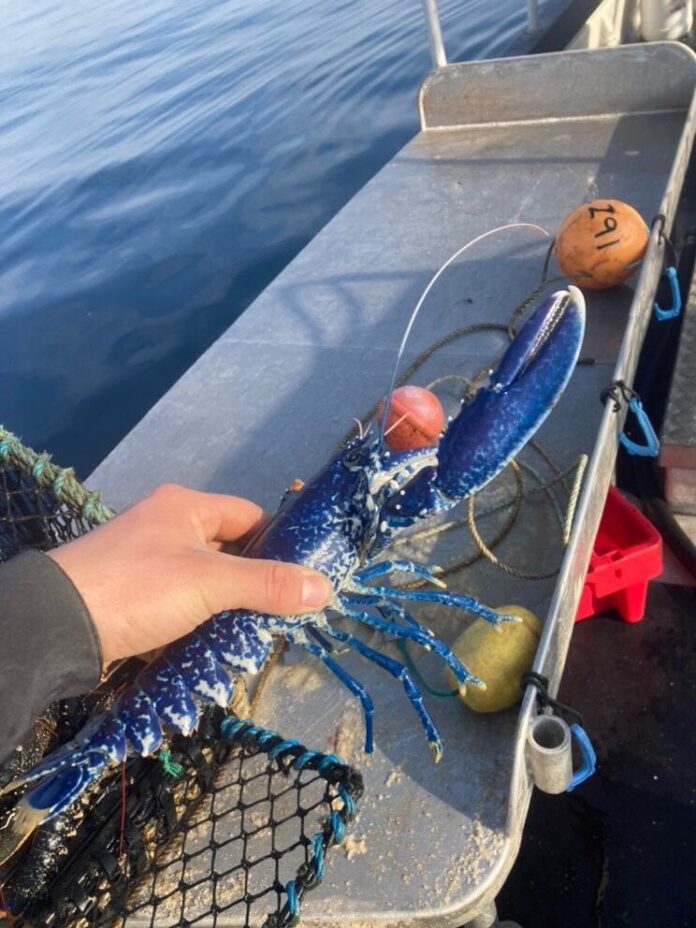 A genetic abnormality causes the color in their shells. The crustacean produces an excessive amount of protein as a result of this abnormality. Crustacyanin is the blue complex formed when this molecule combines with a red carotenoid molecule.

The majority of blue lobsters born do not survive. This is due to a lack of effective camouflage.

Lobsters are often olive-green or greenish-brown in color. This allows them to blend in much better with the ocean floor. After they’ve been cooked, they turn a vivid crimson color.

Yellow is also an unusual hue for them, with only one in every 30 million of them having it. Red lobsters, on the other hand, have a one in ten million ratio. They also offer the option of having multiple colors. 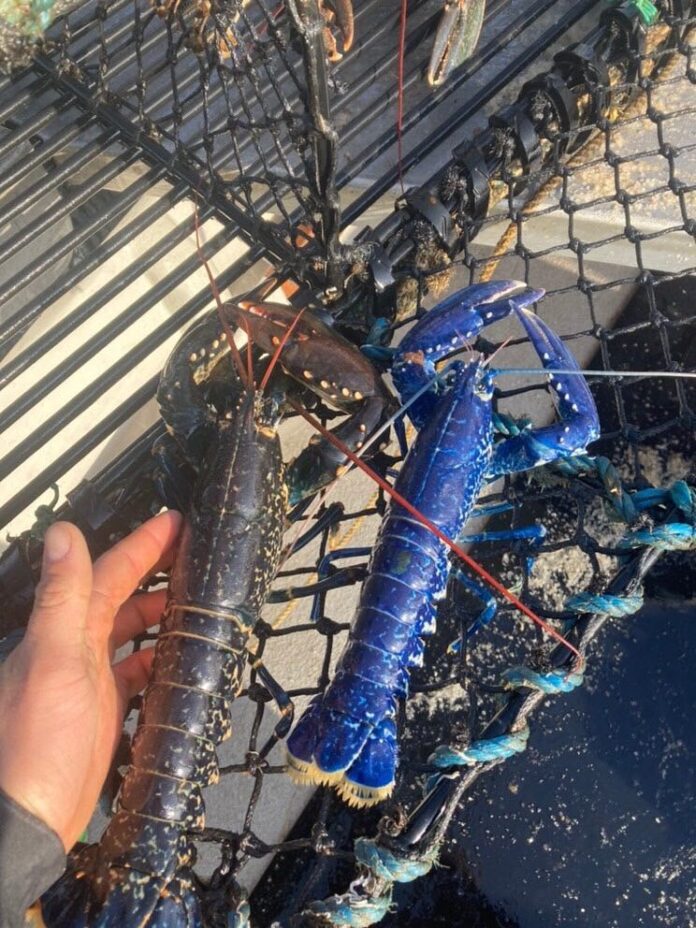 When fishermen catch a blue lobster, they normally do not eat it because they believe it is a sign of good luck.

Keith Setter, a fisherman from Ladram Bay, caught a blue lobster in 2016. He, too, returned the lovely creature to the sea.