When officers were dispatched to impound an abandoned car in New York City, they discovered far more than just parking tickets. Fortunately, a city worker had peeked inside the vehicle before the tow truck arrived and discovered a mother cat nursing six baby kittens on the back seat.

“Unbeknownst to the cats, they were on the verge of a tra gic fate before being rescued,” Lisa Winters of Little Wanderers, the NYC rescue organization caring for this young family, told Love Meow. “Talk about being saved just in time! ” 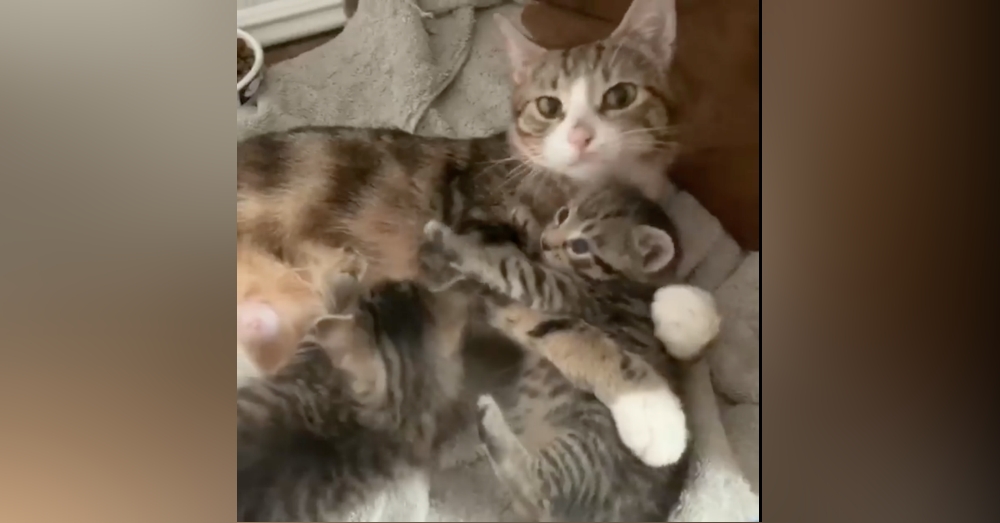 One volunteer, Ann Furey, drove out to rescue the feral family from the abandoned car early the next morning. Afterwards, she took the young family to the vet for a check-up, and – after they received a clean bill of health — dropped them off at their new foster home.

A second volunteer, Staci, opened up her home to this young feline family. The house is quiet, warm, cozy, and miles away from the rusty vehicle where the kittens were born. Staci even set up a comfy cat room, allowing the new mother, now known as Mama LaBelle, to nurse and cuddle her kittens in peace. 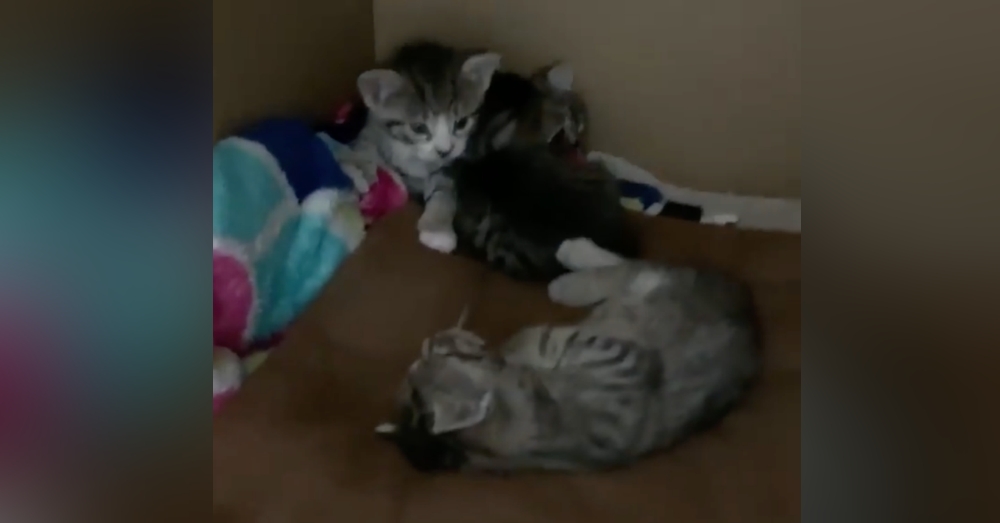 “Mama LaBelle and her six, three-week-old kittens are safe in a wonderful foster home far away from the back seat of an impounded car in East Harlem where they were born,” rescuers wrote on their Facebook page, describing the little family as “so happy” with their upgraded digs.

Rescuers also hope this heartwarming story will inspire more people to open their homes for needy animals, who often blossom in a quiet family environment where they can learn social skills and better recover from any tr auma. Foster care also saves lives by getting animals out of noisy, overcrowded shelters, where cats and dogs run increased risk of euthanasia. 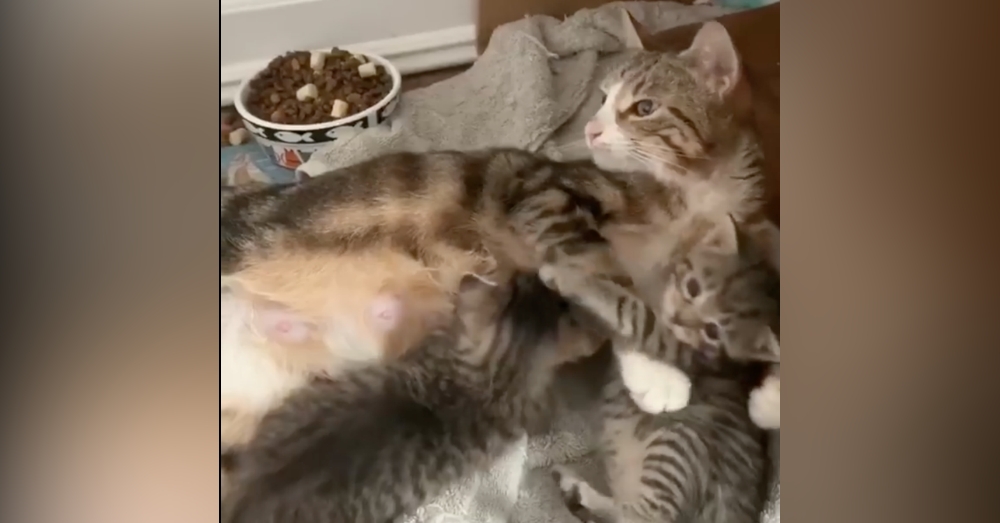 “Little Wanderers doesn’t operate a shelter so we rely on fosters to help us save the neediest cats in the toughest neighborhoods,” rescuers explained on Facebook. “We need homes to place rescued cats from the street and because it helps reduce overcrowding in shelters and opens up space for another animal to be saved. It also helps prepare animals for adoption by giving them a chance to live in a home where they can fully express their personality, work to overcome fears, or recover from trauma.”

Foster care has certainly been a game-changer for one little family, says Staci. “Momma LaBelle and the kittens are settling in beautifully,” she told Love Meow. “They are healthy and the babies are approximately three weeks old — four boys and two girls.”