Prairie dogs are cute to look at on discovery channel or internet, but did you know that some raise them as pets? Bing and Swarley are two adorable prairie dogs taking over the internet with their posing skills and love for adventure.

‘I saw the prairie dogs at a pet store, and I researched how to take care of them for several days.’ – Cassidy Bryce, the owner of Bing and Swarley, said to Bored Panda. ‘Prairie dogs are not too much work, but definitely more work than most other rodents. They have a lifespan in captivity similar to dogs so you will have them for a long time.’

Cassidy told that prairie dogs have huge personalities, much bigger than a hamster or gerbil. ‘I would say Swarley is more independent. Bing is completely opposite. He will run around my feet following me all over the house and grabbing my legs until I pick him up and pet him. He’s way more dependent and I could pet him for an hour without him wanting to go off and do his own thing. At night they both cuddle with me in my bed, and Bing will sleep flipped over on his back so I can rub his stomach.’

These guys are really friendly with other animals. Bing and Swarley go along very well with other family pets – labradoodle Biscuit and ducks Halpert and Hugh Quackman.

The prairie dogs are named after characters from TV shows. Bing is after Chandler Bing from ‘Friends’ and Swarley is from Barney Stinson in ‘How I Met Your Mother.’ Maybe that’s why they are so charismatic. 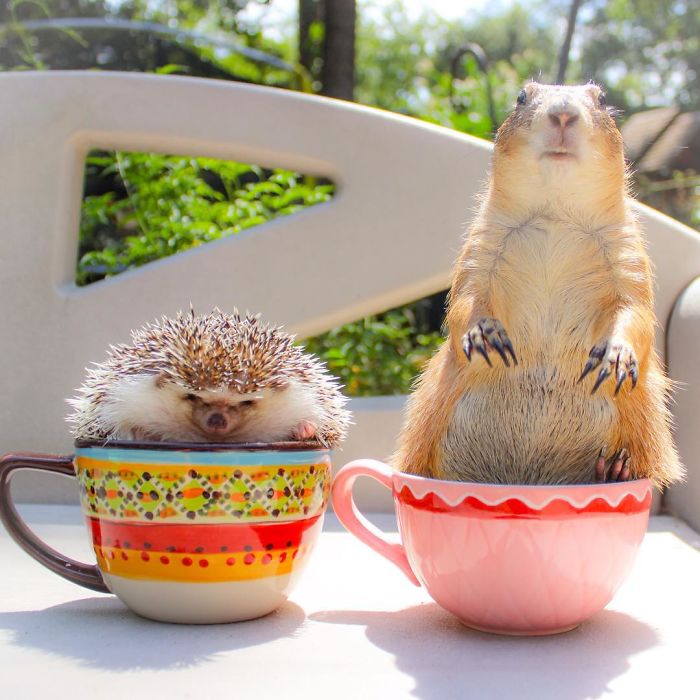 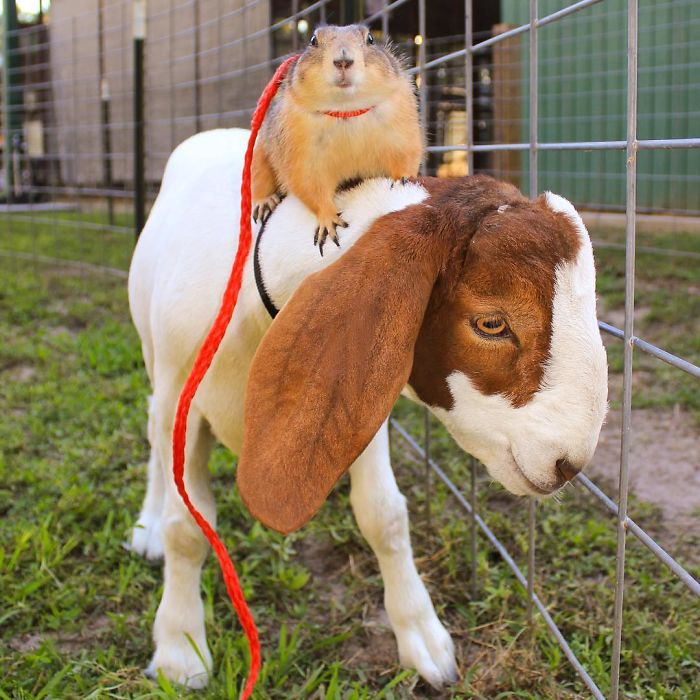 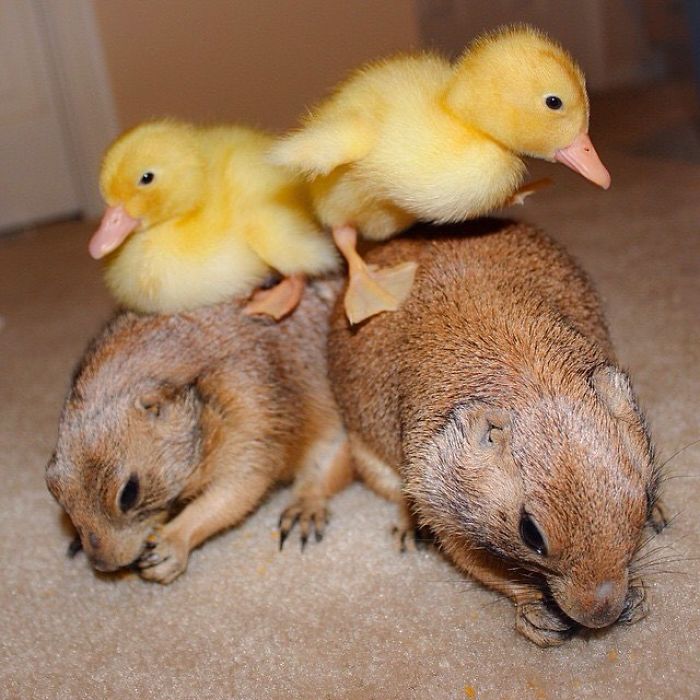 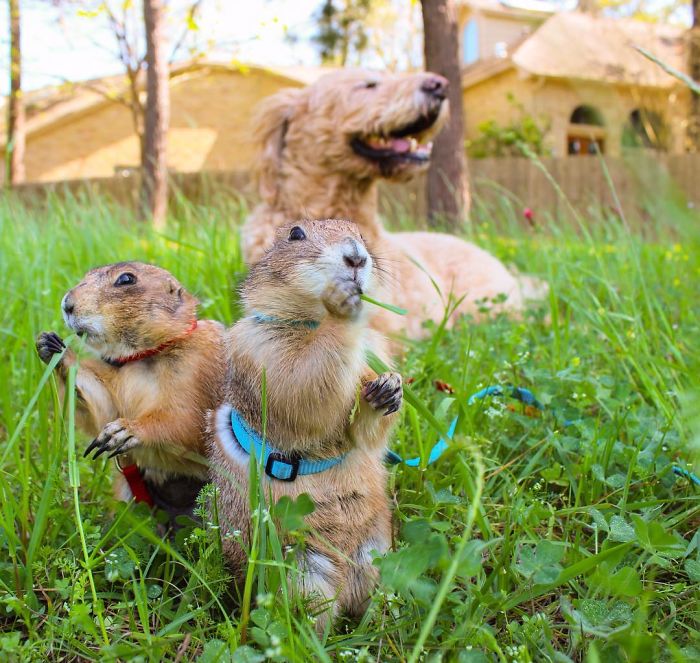 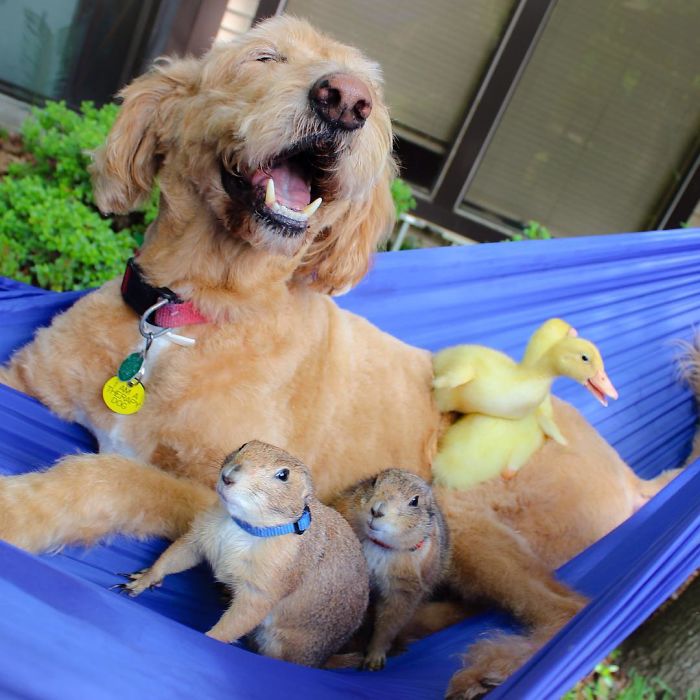 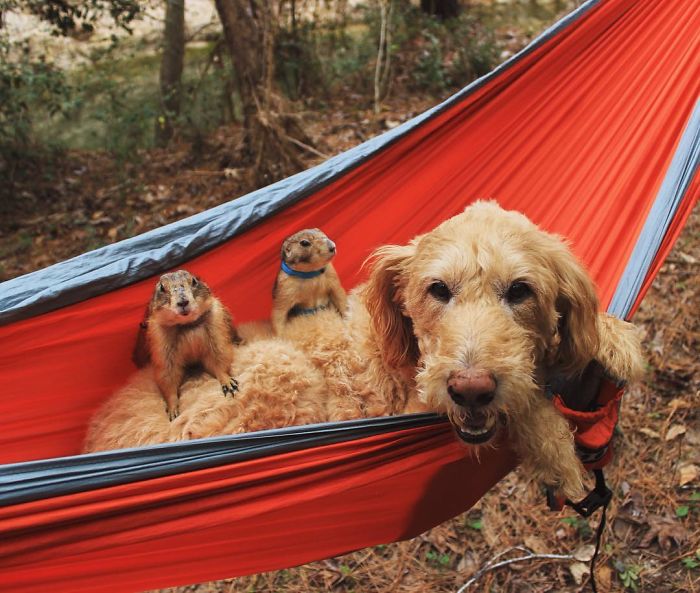 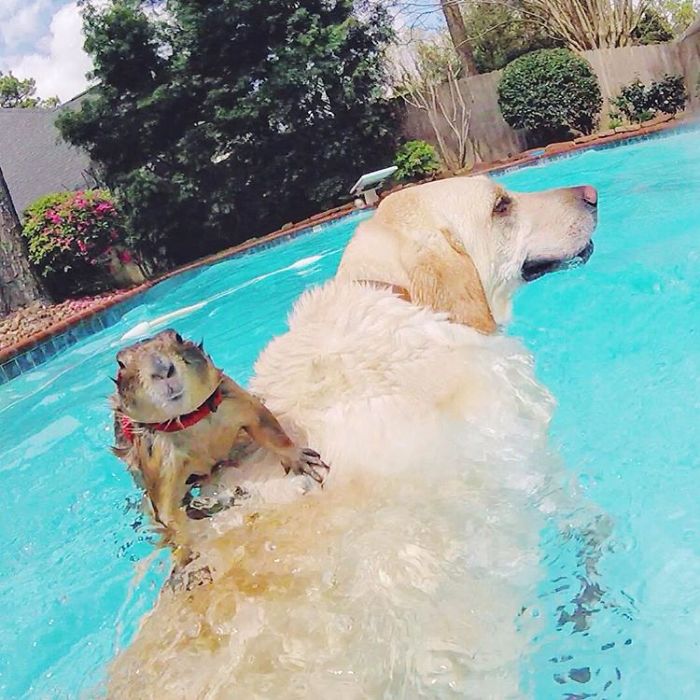