Baloo the cat clearly adores her cherished owner, Ben — but she apparently doesn’t think he’s much of a hunter.

So, like a loyal little house panther, she started doing the hunting for him. 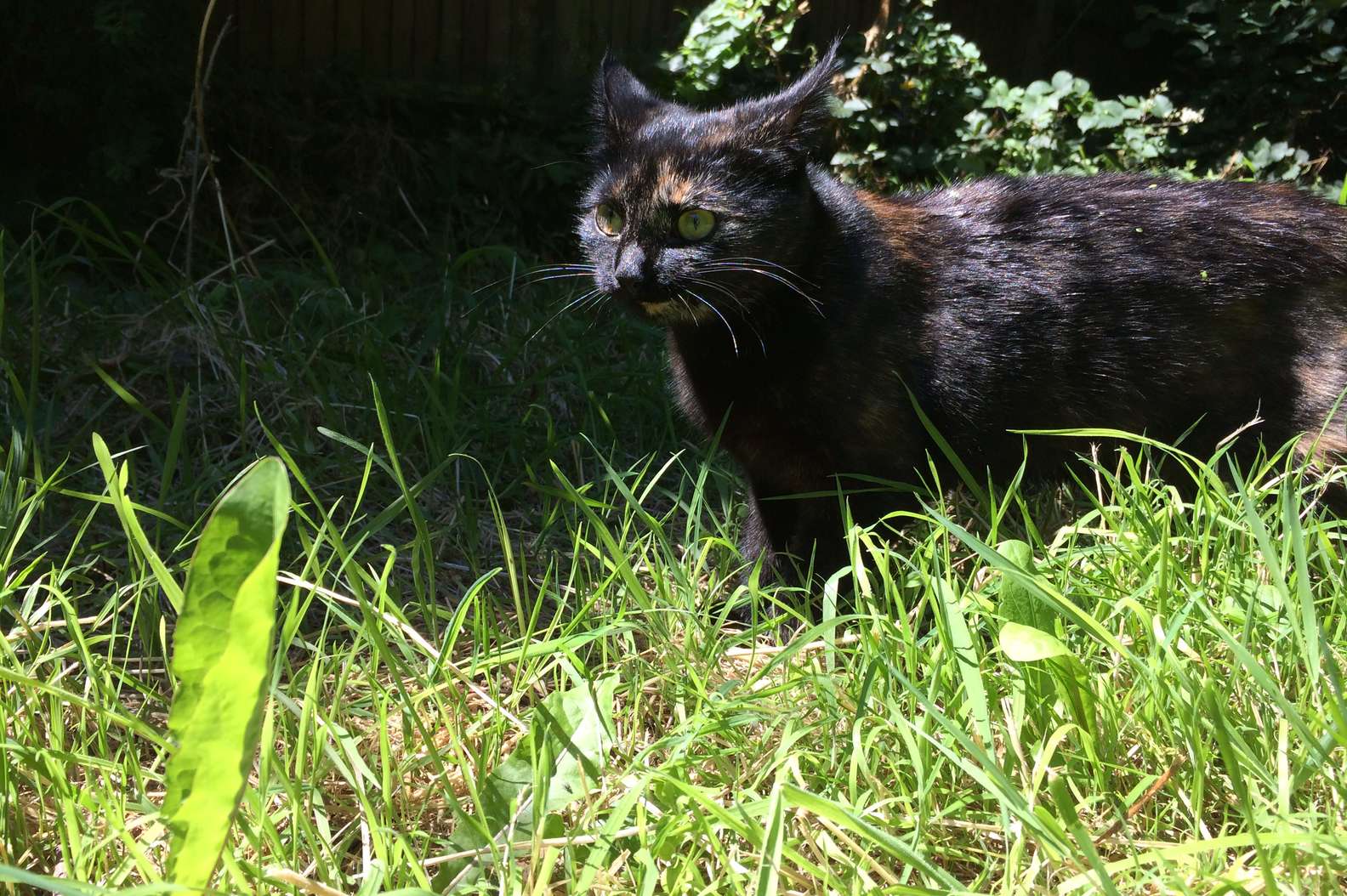 As a token of her appreciation, the sweet kitty had gotten into the habit of catching critters in their backyard and surprising Ben with them in the morning as he lay in bed. Mostly, Baloo would bring in little mice, but sometimes small birds.

The cat seemed to know how to catch and carry them gently; her prey was never injured. 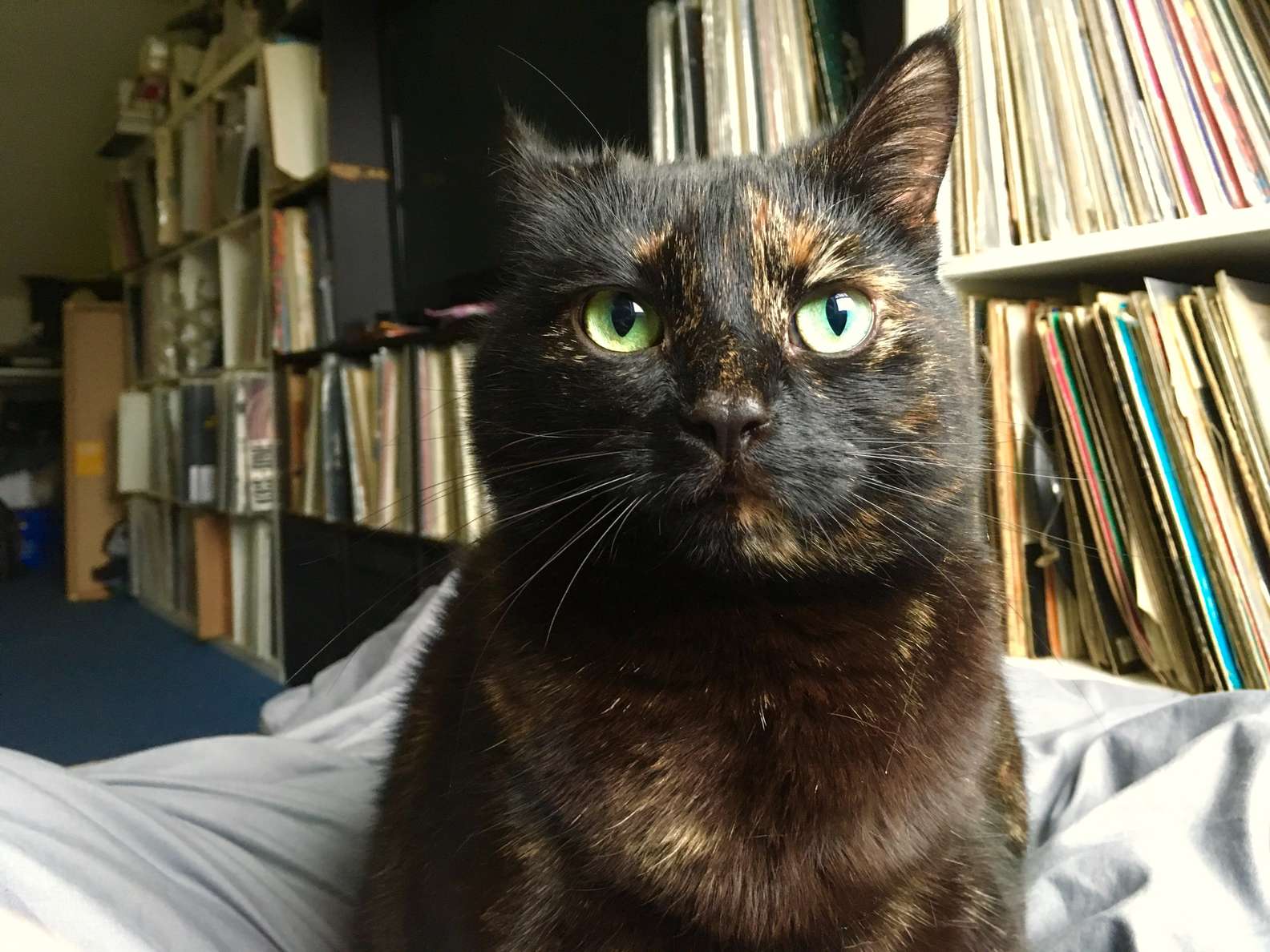 “I’d wake up to her on my chest with something in her mouth which she would then drop on my face or chest, and then meow,” Ben told The Dodo. “I don’t know if she expected me to think it was breakfast or that it was simply a gift.”

Because Baloo’s “gifts” were always still very much alive, Ben would then be forced to catch them, after which he’d release them back outside.

It’s fair to say that Baloo’s unwanted charity was tough on everyone. 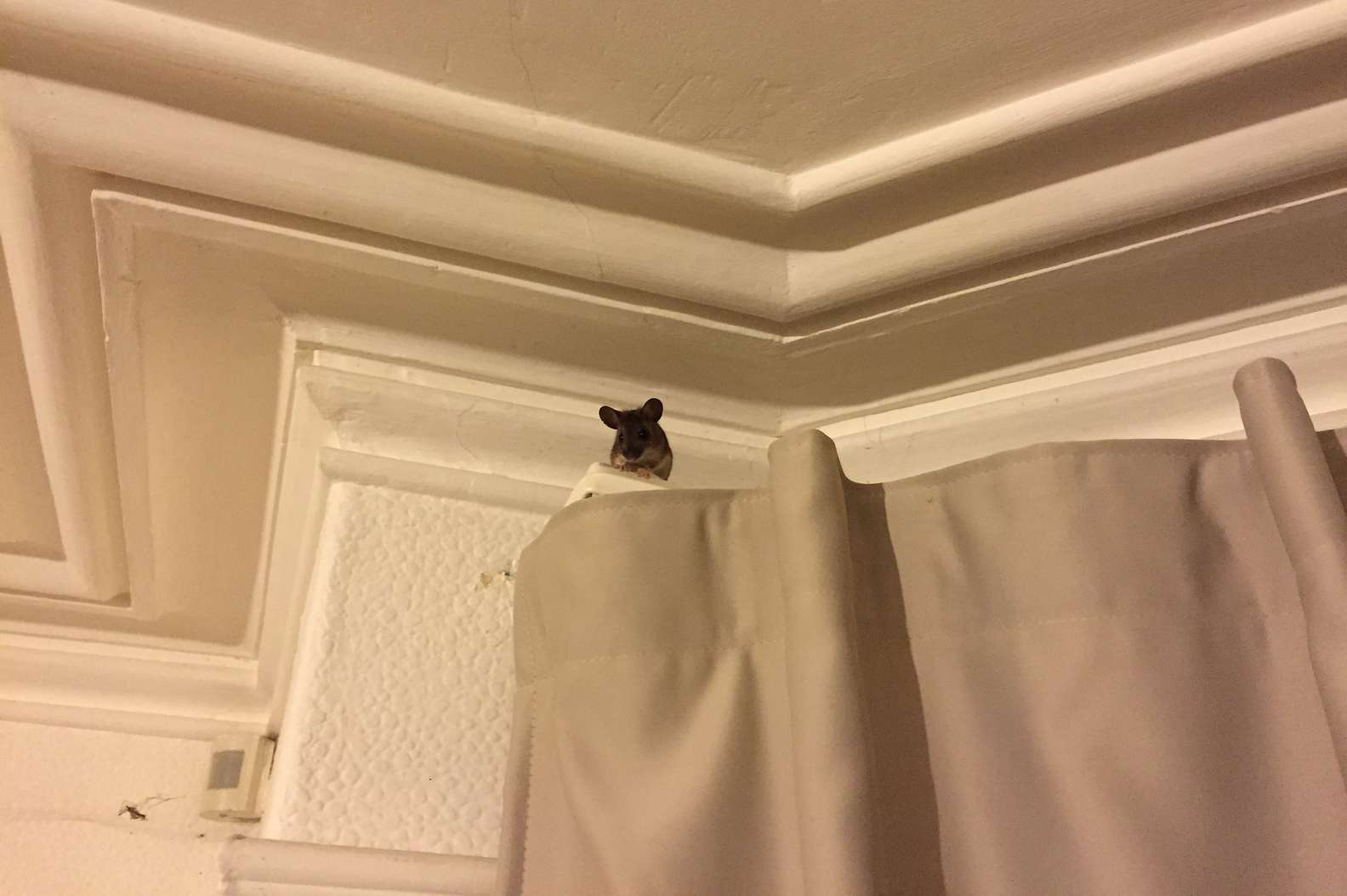 Seeing how unappreciative Ben seemed to be about her hard-earned gifts, Baloo was perplexed.

“She always looked so confused and sad, which made me feel pretty bad,” Ben said. 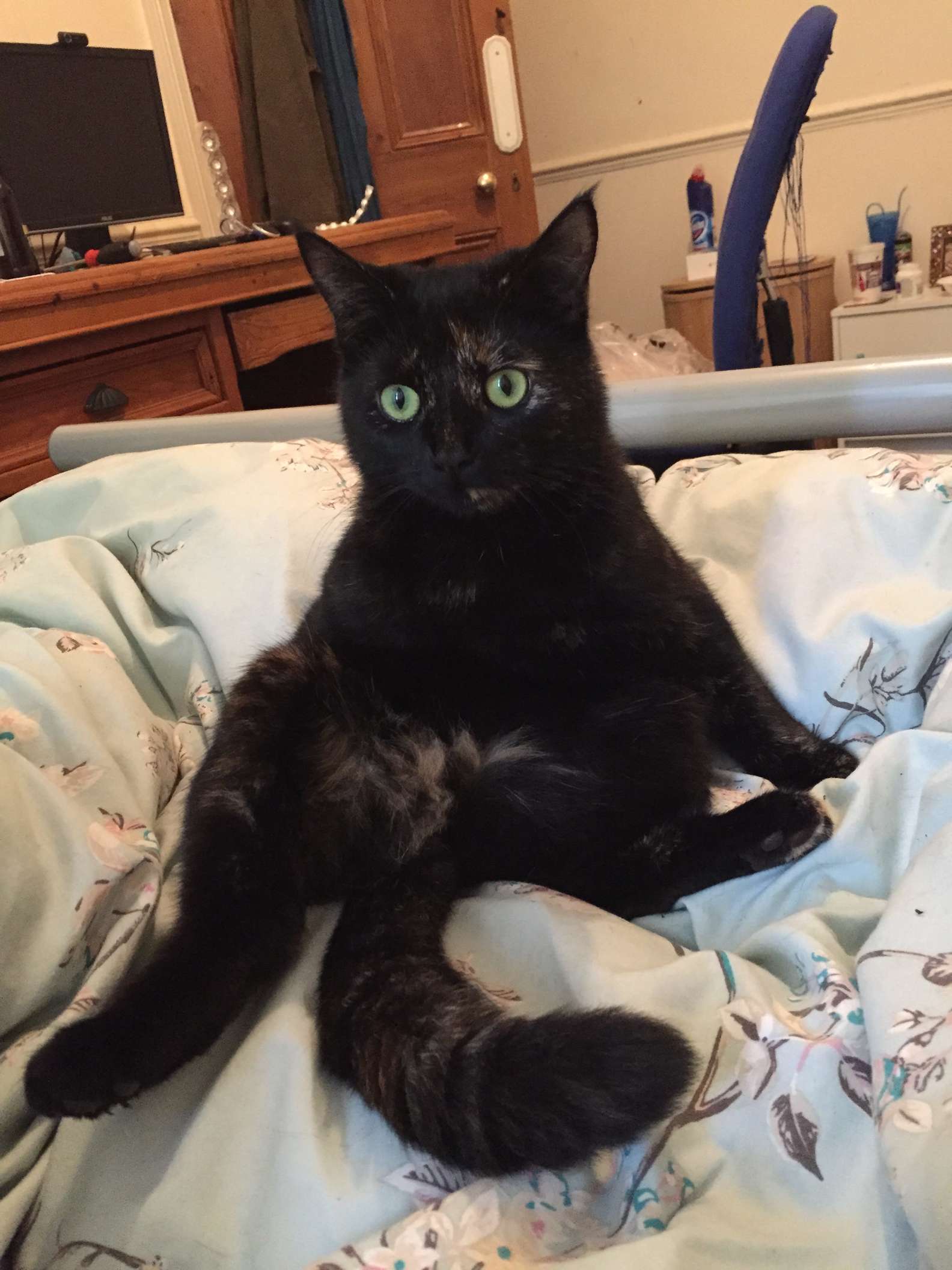 Baloo eventually came to the realization that perhaps animals from the backyard weren’t what her human wanted. But rather than give up hunting things for Ben entirely, she simply switched up the kinds of gift she was giving.

If he doesn’t enjoy mice and birds, perhaps a leaf will be more to his liking? And sure enough, it was. 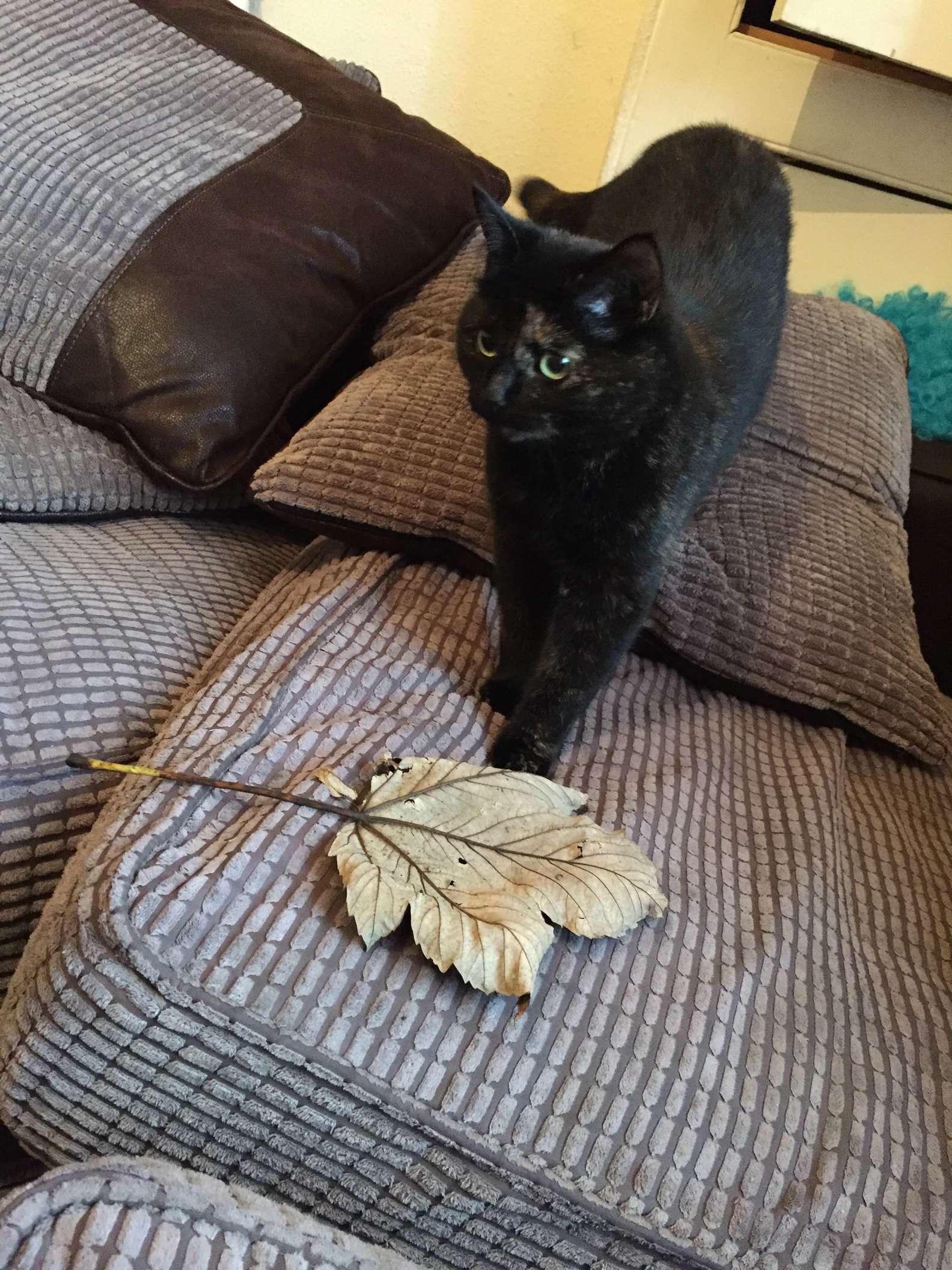 “It took a couple of months of me rejecting her gifts for her to start bringing me leaves. They were always big, nice looking leaves,” Ben said. “It was such a relief from the live mice every morning that I would show my gratitude by taking the leaf and playing with it while she sat on my chest.”

Baloo had gotten the message. Every morning the cat would then find a perfect leaf and bring in to Ben:

“She knew she was doing something right now.” 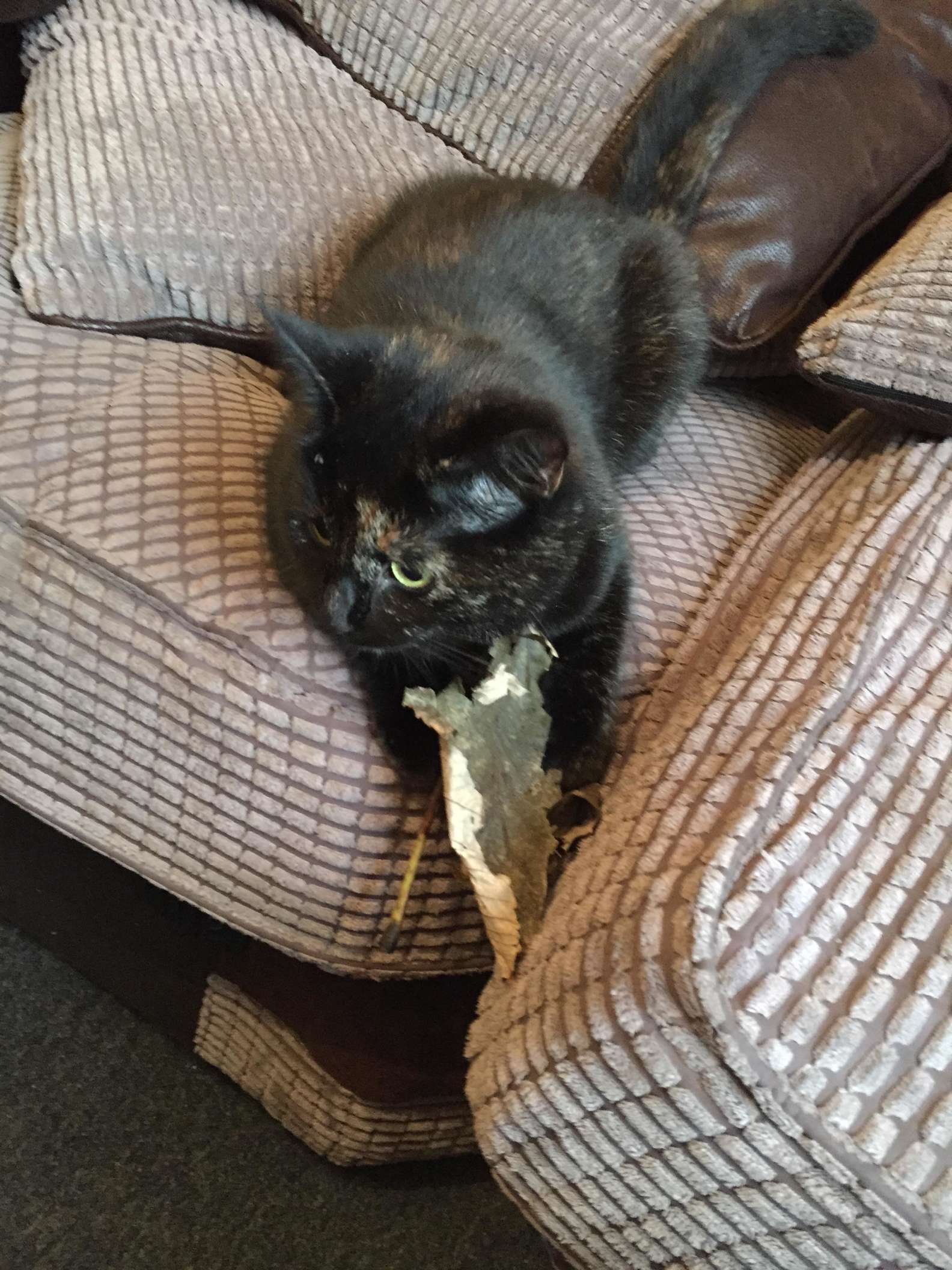 Sometimes, instead of a leaf, Baloo would surprise Ben in the morning with a twig, just to mix it up. 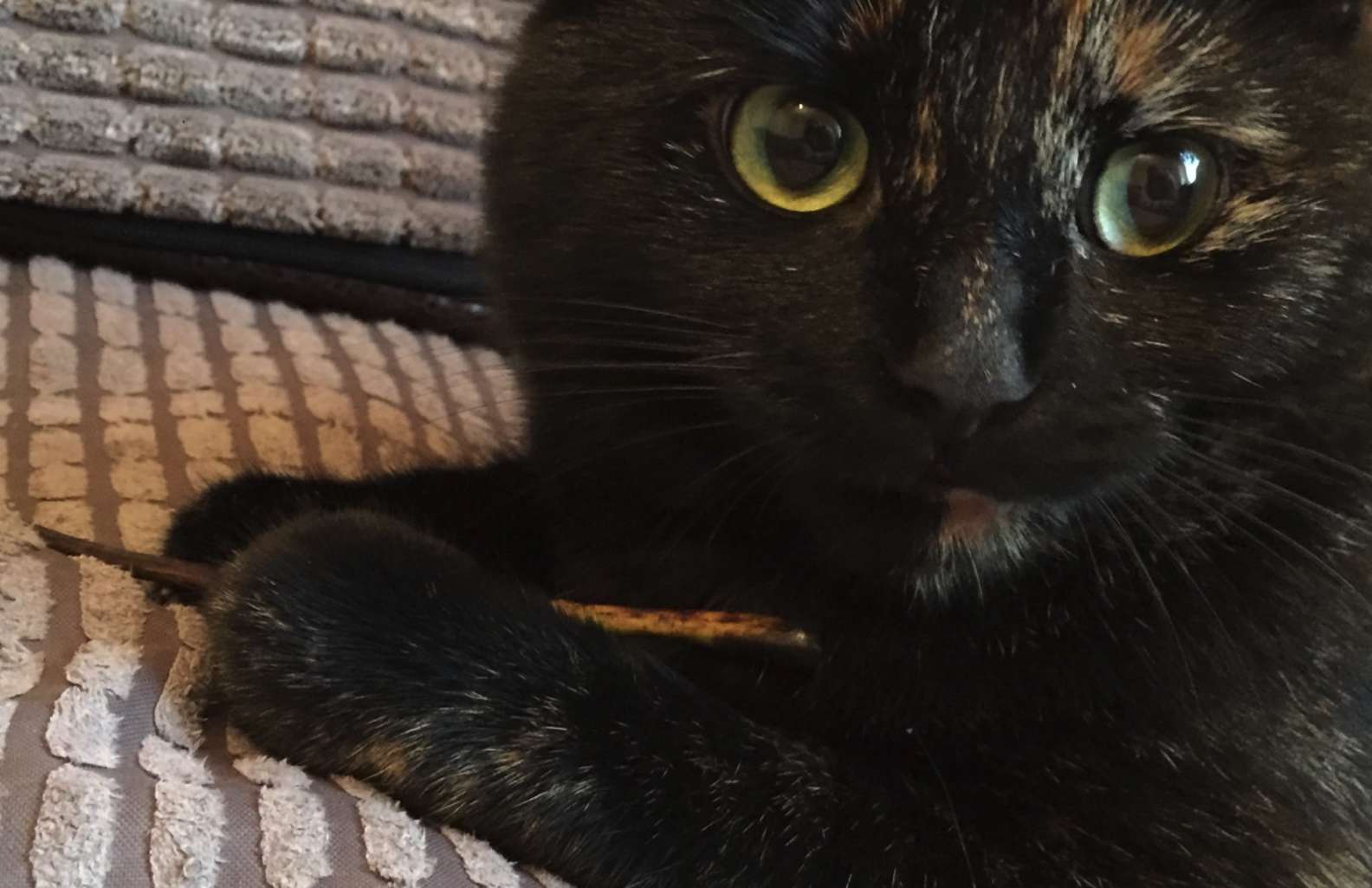 Baloo’s change of heart was certainly appreciated by Ben, and no doubt, too, by all the little creatures in the backyard whom she used to hunt.

“It warms my heart thinking about her on a little mission each morning to find a gift for her human,” Ben said. 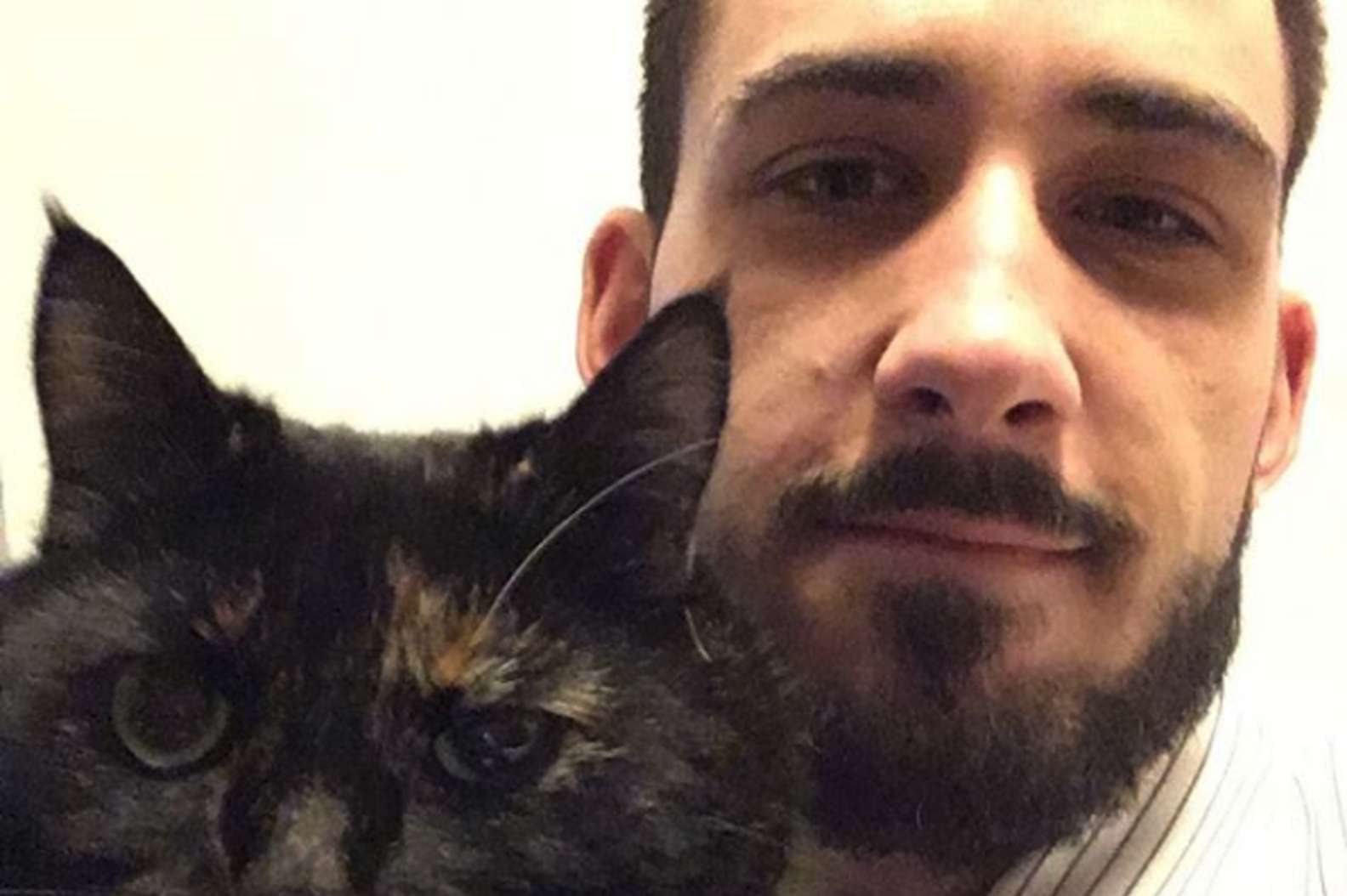 More recently, following their move to a less hunt-friendly home, Baloo seems to have decided to put her prowling ways behind her — opting for a lazier cat type of lifestyle.

Now, instead of gifting flora or fauna, she expresses her appreciation through plenty of snuggles. And for Ben, that’s more than fine. 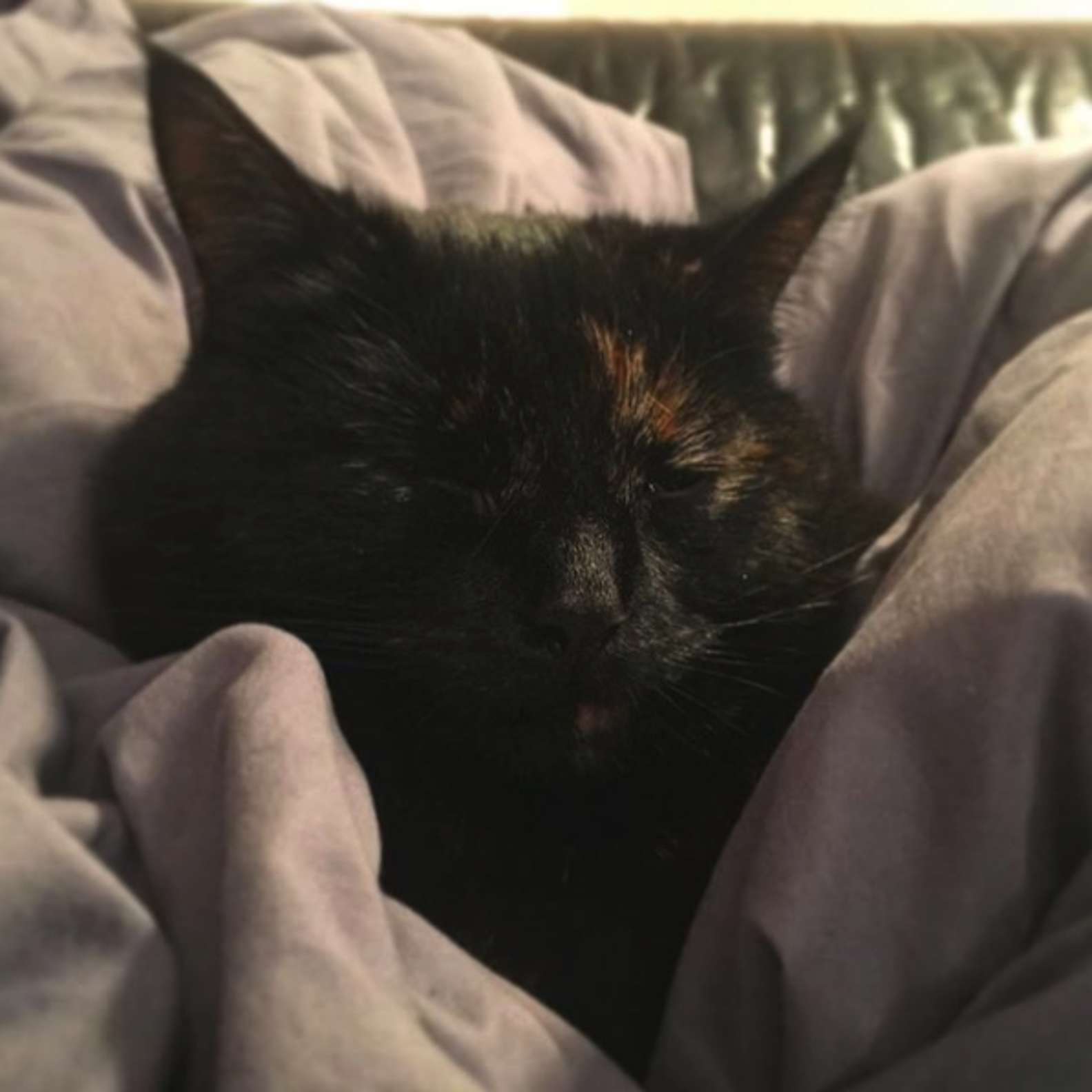 “She will comfort me when I’m feeling down,” Ben said. “She’s not a lap cat by any means, but when I’m upset or nervous she will hop up onto me, push me back so I lay down and then she’ll just sit on my chest purring like mad and nuzzling my face with her nose. She’s a very loving cat.”