The stray dog didn’t have a home or anyone who loved him — but he did have a fluffy teddy bear that he cuddled for comfort.

Last week, Kourtnee Blount, an independent dog rescuer, was driving through a neighborhood in Montgomery, Texas, when she spotted the dog snuggled up with the teddy bear on the grass between two properties. 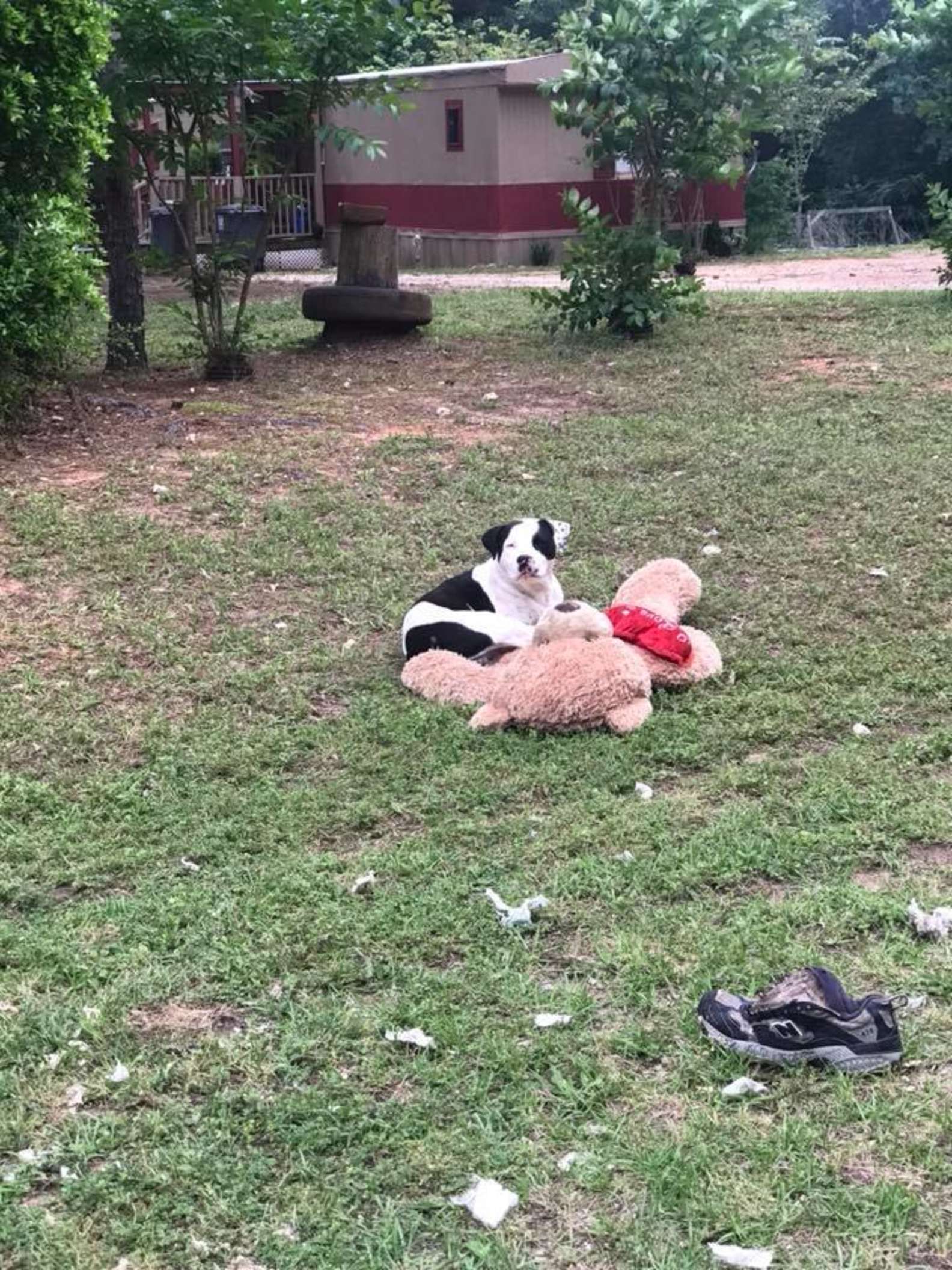 “As I turned the corner, I saw him lying there with the bear,” Blount told The Dodo. “I believe he pulled it out of someone’s trash because there was a lot of other trash scattered around him.” 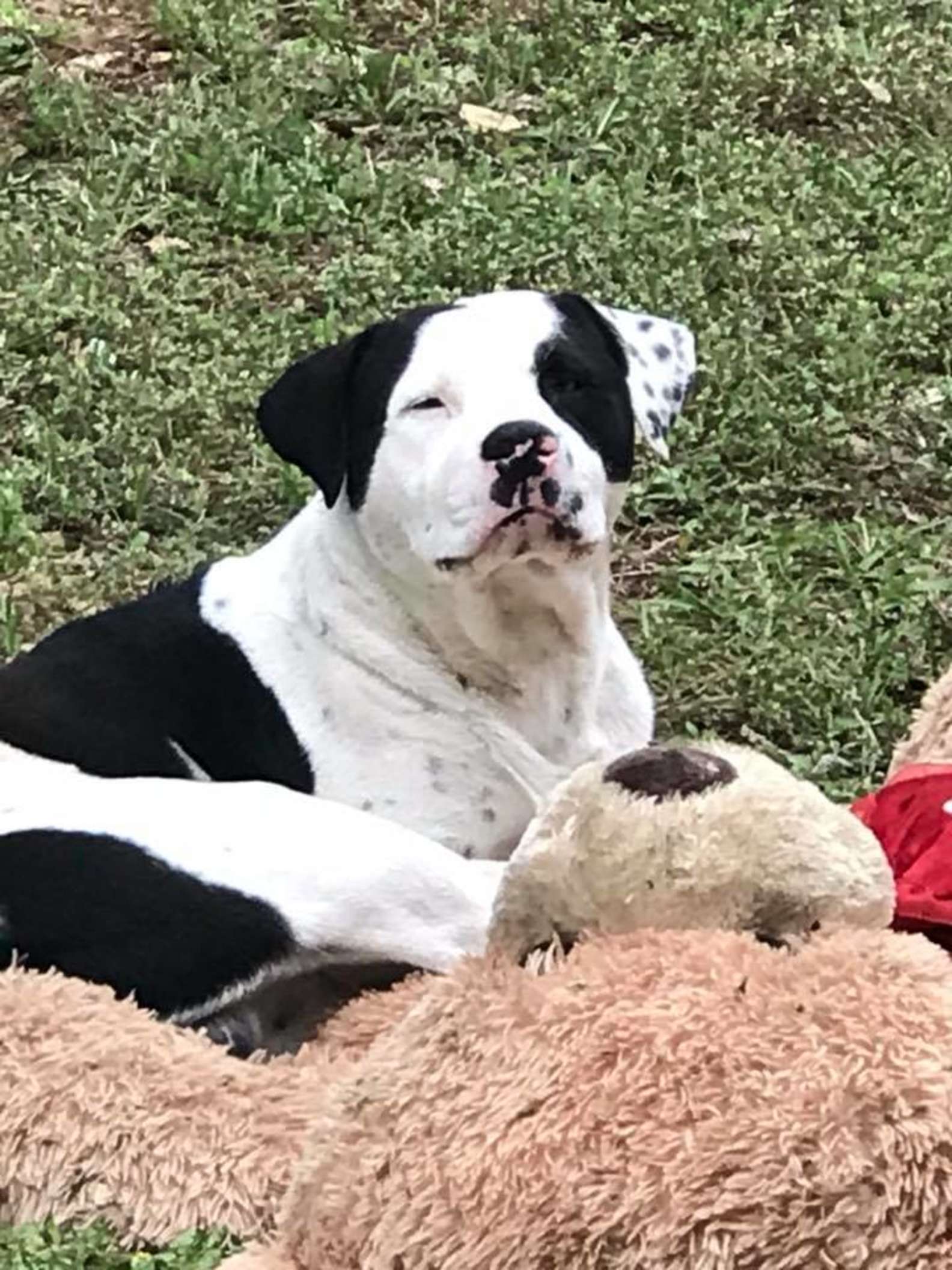 A lot of people allow their dogs to roam free in that neighborhood, so Blount initially wondered if the dog belonged to someone. But when she asked around, no one claimed him, and some residents reported seeing the dog hanging around the area for the past month.

Blount posted photos of the dog with his teddy bear on Facebook, asking if someone could rescue him — and another independent rescuer named Destiny Swatzel volunteered for the job. But when Swatzel went to get the dog, whom rescuers named Teddy, she thought she was too late. 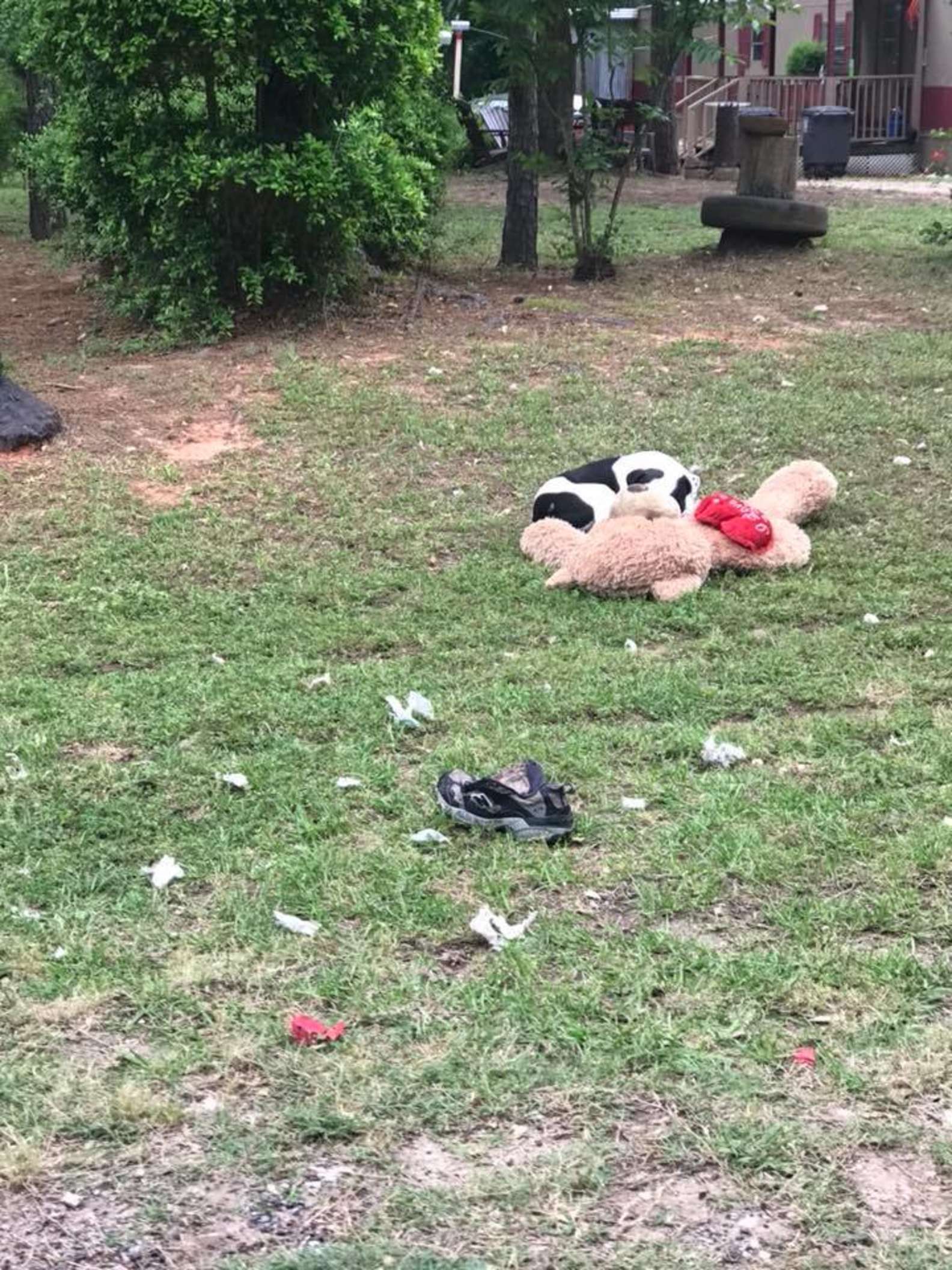 “I went looking for him on Monday and found him lying in the middle of the road,” Swatzel told The Dodo. “I honestly thought he was dead and went into panic mode.”

But when Swatzel got out of her car and approached him, Teddy lifted his head — and Swatzel breathed a sigh of relief. 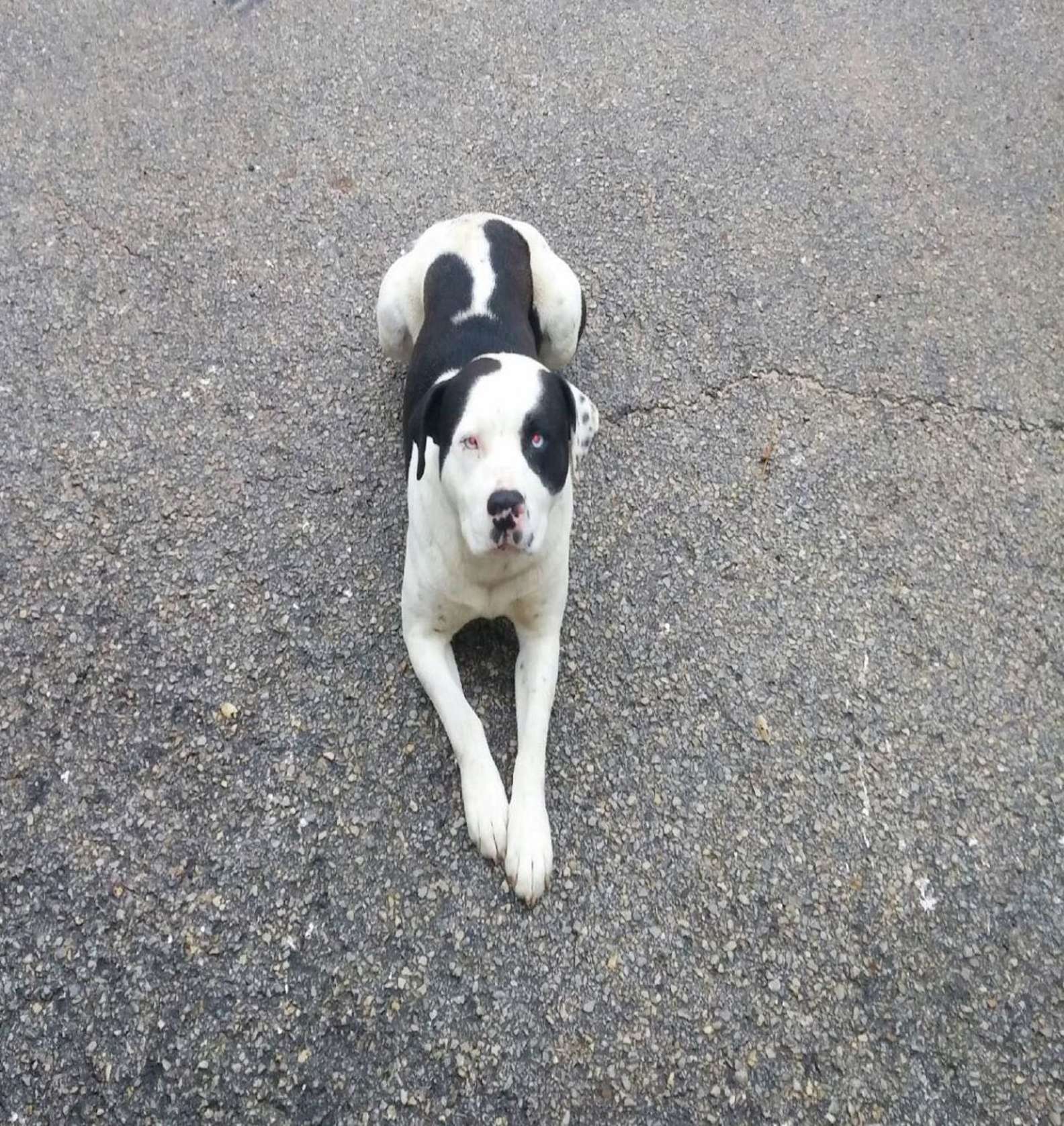 “I whistled for him to come to me,” Swatzel said. “Sweet little guy walked right up to me and let me slip a leash around him.”

Swatzel also saw the teddy bear, but decided not to take it — it had recently rained, and the bear was wet and moldy. But Teddy the dog didn’t need his bear anymore — he now had people who cared for him. 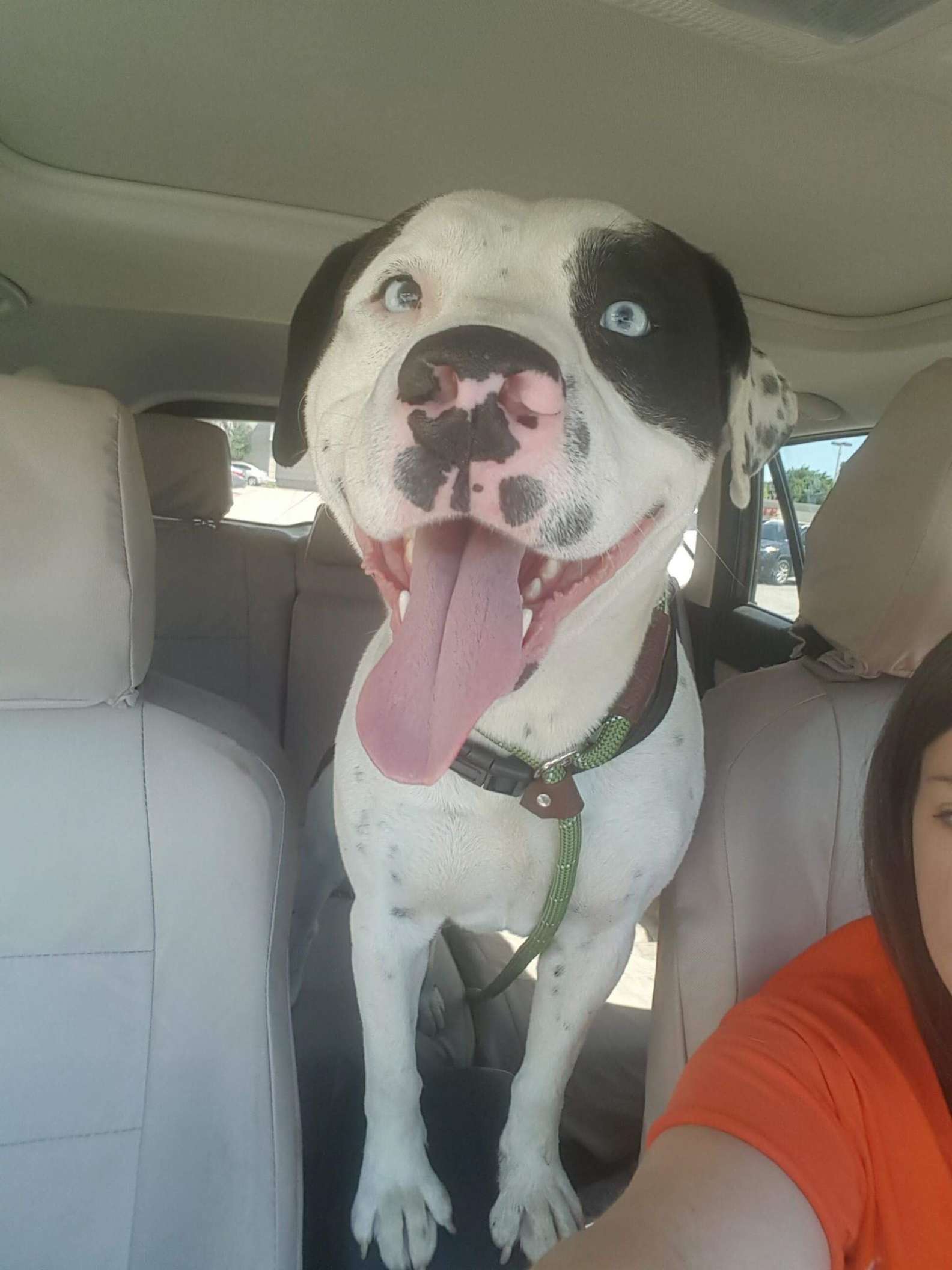 Swatzel immediately checked Teddy for a microchip, but didn’t find one. He also didn’t have a collar or anything else that would identify a former owner.

“While in the car, he threw up chicken bones, pieces of plastic, rocks and leaves,” Swatzel said. “He clearly had been surviving on the streets.” 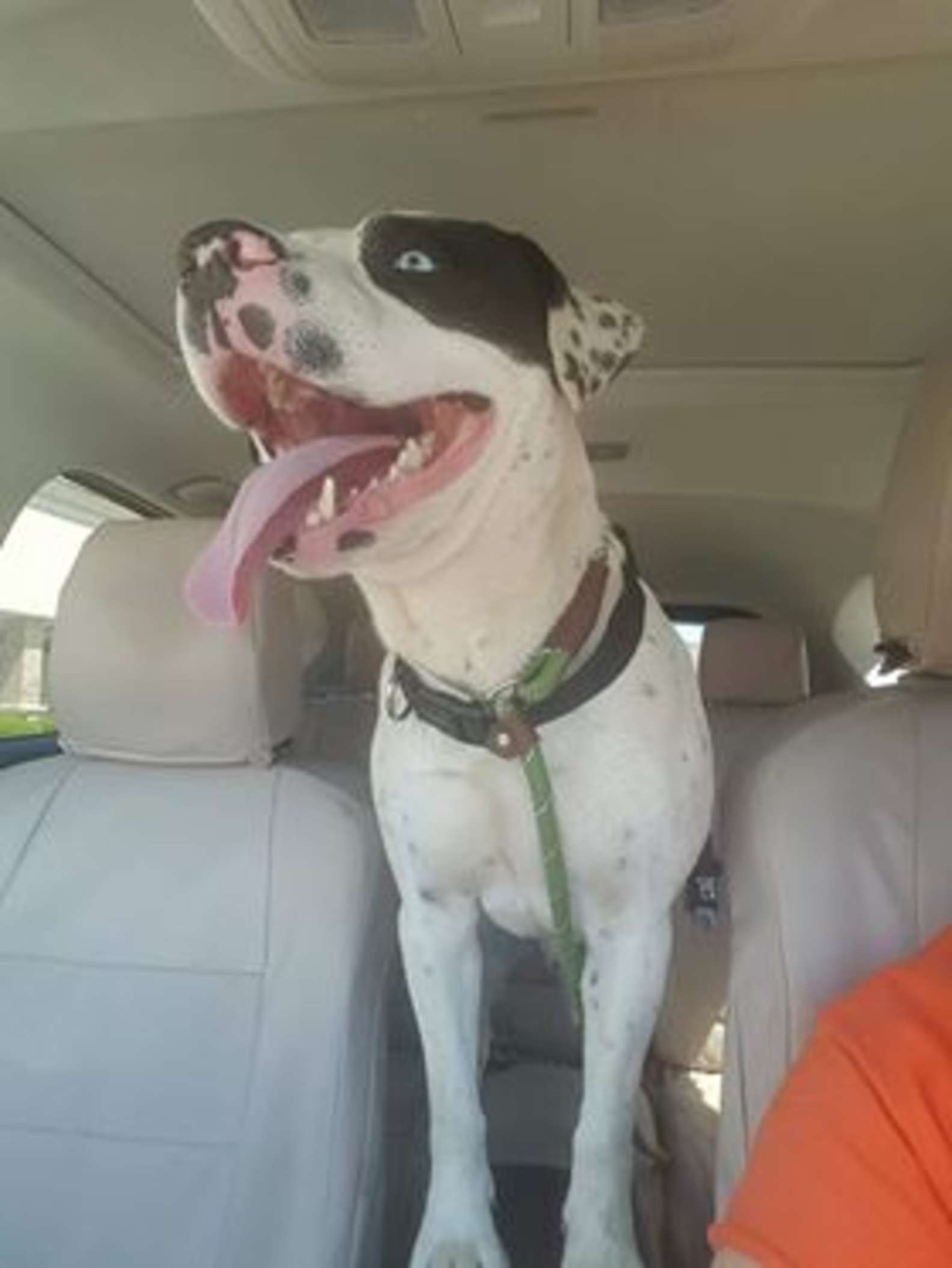 Swatzel took Teddy back to her house, where she gave him a good meal and a flea bath, and let him run around with her other rescue dogs. Then, later that day, Teddy went to what was supposed to be his foster home with fellow rescuer Mary St. Dizier — but it ended up being his forever home.

St. Dizier fell in love with Teddy the moment she saw him. “I cried,” St. Dizier told The Dodo. “I knew he was staying with me.” 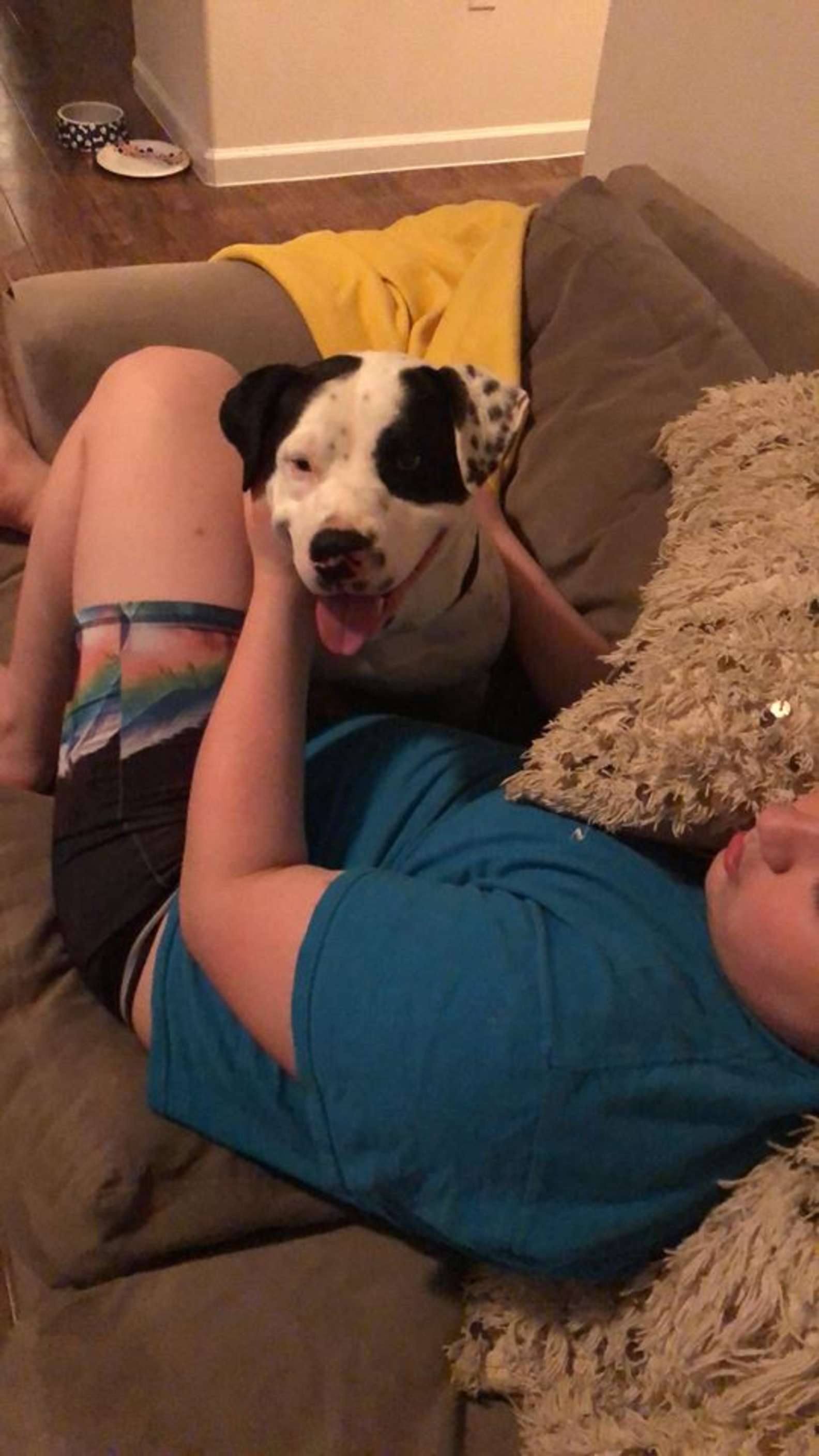 Teddy, who’s now named Blue, loves playing with his new dog sibling, Bear, and his cat sister, Patches. He also adores going to the dog park and getting belly rubs while lying on the couch.