Landyn Mount has been appreciative of veterans ever since her great-grandfather, a World War II soldier, visited her class for Veterans Day when she was 8 years old. She considers the people who serve in the armed forces a special group. She knows the sacrifices they make are huge, and that those of us who have never served owe them so much. 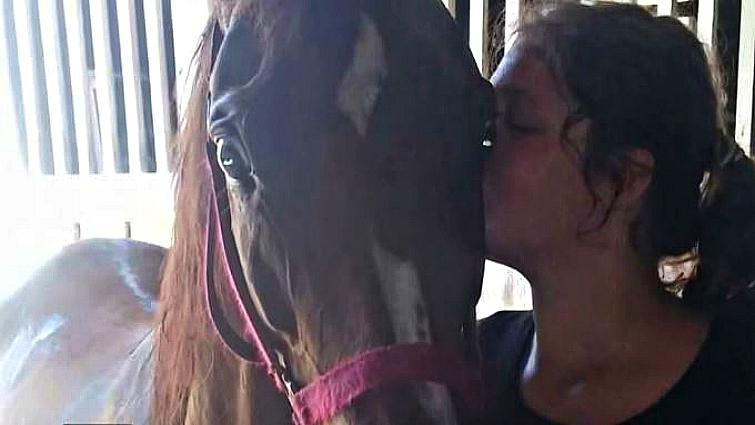 Now she is making sure the veterans in her community get the respect they deserve from everyone, including her horse, Buffy. When Landyn, 14, first met Buffy it was love at first sight. But everyone around her tried to tell her that the horse could never be taught. 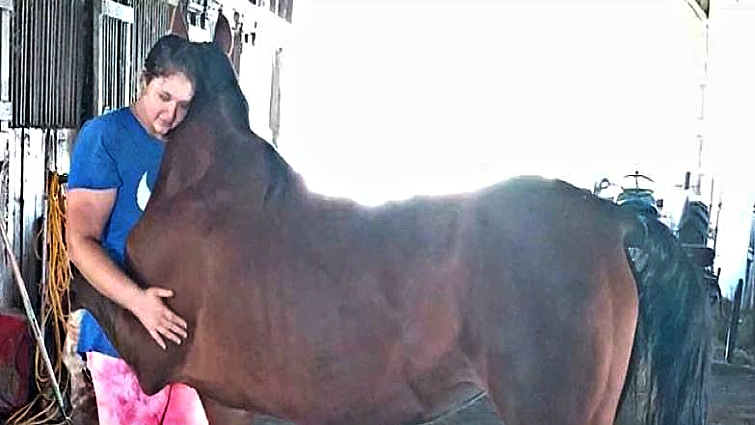 Over the summer Landyn proved them all wrong when she began teaching Buffy how to bow to veterans when she’s close to them. Her first performance was for a local veteran named Mr. Jacobs, who served in the Honor Guard. Buffy came out of Landyn’s barn all shiny and groomed with an American flag draped across her back. 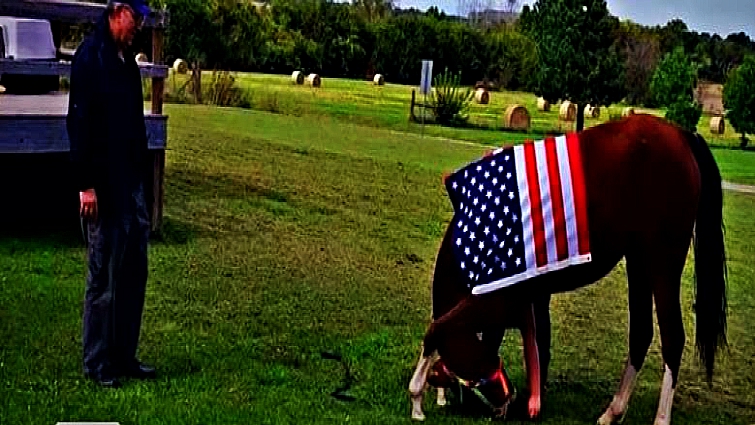 When Landyn gave the command, the horse fell to her knees in a deep bow. “We never imagined the response we would get,” said Autumn Winkler, Landyn’s mother. “She simply wanted to show her utmost respect to veterans and their families for the sacrifices they have made to allow her to have the life she has today.”